The best Russian figure skaters took part in Eteri Tutberidze's show "Champions on Ice", which took place in Moscow. Many of them showed new programs. Evgenia Medvedeva appeared in the image of the gypsy Carmen, and Maurice Kvitelashvili - the hero of Jim Carrey in the film "Mask". Alexandra Trusova tried on a casual style of clothing and skated to the song Yolki. And Anna Shcherbakova and Mikhail Kolyada hinted that they were not going to end their careers. What the show of the famous coach was remembered for - in the RT material. 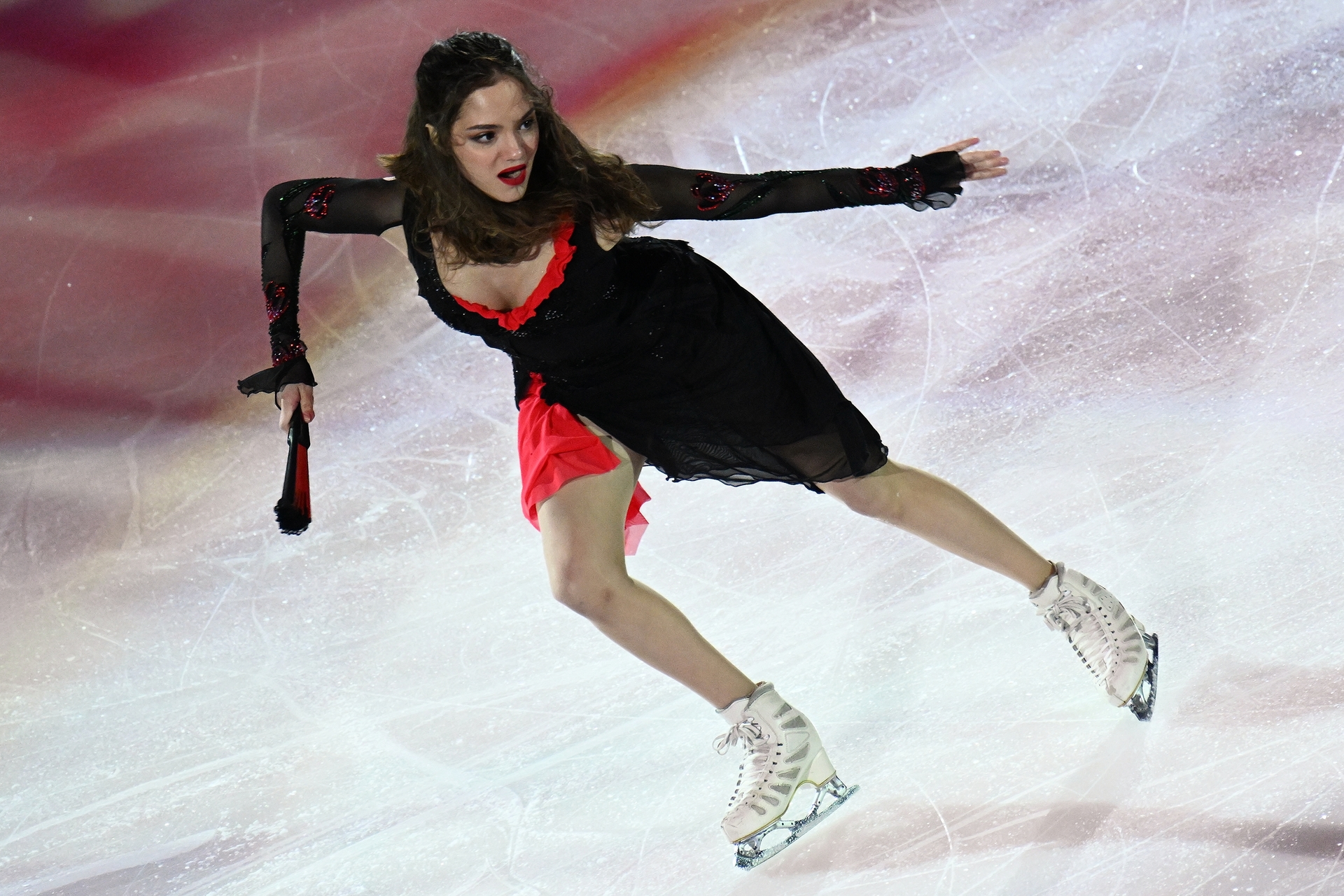 The season of ice shows in Russia continued with the performance of the troupe Eteri Tutberidze "Champions on Ice" in Moscow.

An impressive line-up of participants gathered in the capital's Megasport, including the heroes of the last Olympics Anna Shcherbakova and Kamila Valieva, Victoria Sinitsina and Nikita Katsalapova, Alexander Trusova, as well as the stars of the previous Games - Evgenia Medvedeva and Alina Zagitova.

The performance of the silver medalist of the 2018 Games in the image of Carmen, which the skater, as she later admitted, had been dreaming of for seven years, caused a great resonance.

Medvedeva took to the ice in a black and red dress, as well as with a fan in her hands, and skated the entire program with great enthusiasm.

True, she fell from a triple salchow, but this oversight did not spoil the overall impression.

“To be honest, I went into this triple salchow now with the full feeling that I am at the Grand Prix stage.

Scary, ”the former athlete commented on the incident.

Apparently, she did not expect such a reaction from herself, since usually the show does without drama - this is the beauty of demonstration performances.

“Everyone welcomes their stars as warmly as possible, and it's great.

It seems to me that the shows were created for this - for the love of sports, for your favorite athletes, for beautiful dresses, ”Medvedeva emphasized.

Alina Zagitova, in turn, showed the performance to the Manizhi song "I".

The Olympic champion took to the ice in a black outfit and successfully coped with a triple lutz at the beginning of the rental.

She previously admitted on social media that she worked hard on this jump for a month, and now it finally began to work out consistently.

The audience of Megasport was surprised a lot by the vice-champion of the Beijing Games Alexandra Trusova, who presented a completely new program to the song of Yolka “I won’t leave halfway”.

For her, she chose a laconic outfit: ripped jeans, a white shirt and a blue top.

Many drew attention to the symbolism of the musical accompaniment.

Sasha seemed to give an answer to a question about continuing her career and future plans.

I will prove to myself, contrary to fear.

It is also indicative that for the entire number the skater performed only one jump, trying to demonstrate the most beautiful and artistic skating.

“When the program is not clogged with an excessive number of jumps and there is time to show the choreography, Sasha fascinates with skating,” wrote one of the fans on the sports forum.

However, in the jump battle at the end of the main program, Trusova nevertheless performed a number of jumps, including the triple axel, which she fights throughout the season.

Plans for Shcherbakova and Kolyada

Anna Shcherbakova took to the ice with the demonstrative number "Angel" beloved by the fans in an unusual costume, and also showed her winning Beijing program "Master and Margarita".

The Olympic champion, unlike her teammate, speaks quite clearly about her future plans.

According to Anya, she continues her sports career, but is not yet ready to start staging new programs.

After the season of the show, the skater plans to go on vacation and only then do full-fledged training.

Now, by her own admission, she does not master any new elements and abandoned work on the quadruple loop, although after the Olympics she did it with enthusiasm.

“I actively trained him, but then I focused on the pure rental of the program and did not study anymore.

In fact, he went well.

For some, it happens that everything works out well from the first attempts, but I always studied all the elements for quite a long time.

Let's just say that when I had plans for the World Championships, there was more enthusiasm, ”said the athlete after the show.

Daria Usacheva is still recovering from her injury, but, nevertheless, she also took part in the performance.

Of course, she did without jumps, but her skating still turned out to be fascinating.

Kamila Valieva demonstrated her beloved Avatar, and Mikhail Kolyada took to the ice in the form of the Nutcracker.

After the show, the single skater said that he also plans to continue his sports career.

“In any case, I want to ride, and then how the situation will develop.

We will keep an eye on this and make adjustments.

We are still thinking about programs for the next season.

Everything I ride, I love it.

"White Raven" is a very significant program for me.

Maurice Kvitelashvili presented to the Moscow public a new demonstration number, in which he appears as the protagonist of the film "The Mask" with the appropriate green make-up on his face.

“I had the idea for The Mask a long time ago, before Genie.

But they couldn't make it work.

The second time I did not want to paint at all, but it happened.

I didn’t have any luggage at all from the World Cup, I’ve been without luggage for two weeks.

And there are all the costumes, skates.

I’m skating on old skates, ”the skater shared after the performance.

Victoria Sinitsina and Nikita Katsalapov did not let the audience down, they skated their demonstration number in one breath.

Recall that in early April, at a show in St. Petersburg, Vika fell from support, and the fans were very worried about her well-being, but everything worked out.

The couple pleases fans with bright performances and plans to do it for a long time: Vika and Nikita also announced the continuation of their careers.

Everything will depend, of course, on whether Russian figure skating will exist on the world stage or not.

Now this is the motivation for us and our team - to show what kind of athletes the world is losing, ”said Katsalapov after the show.