With up to 30,000 fans in the back, Eintracht Frankfurt beat Barcelona in the Europa League after a 3-2 victory at Camp Nou. 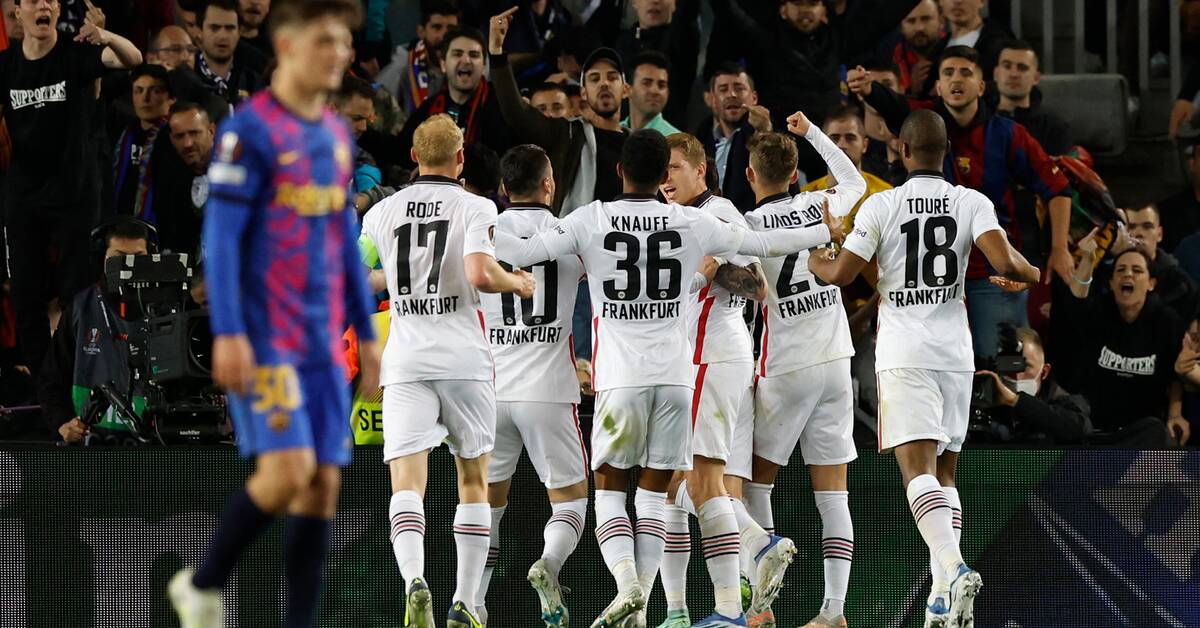 Barcelona had only lost four of 37 matches since Xavi took over as coach.

Since the semi-final of the Copa del Rey (2-3 against Athletic Bilbao) in January, the Catalan team has gone undefeated in 15 straight matches through both the Spanish league and the Europa League.

But in the quarter-final return at home against Frankfurt, it came to a standstill, despite having 1-1 to go from the first meeting in Germany.

Already in the fourth minute, Filip Kostic sent in the lead goal from the penalty spot after Eric García went too hard in a tackle in his own penalty area.

Just over half an hour later, the guests had doubled the lead.

Rafael Borre's shot went up in the left cross behind a chanceless Marc-André ter Stegen.

But the nightmare was not over there.

With just over 20 minutes left of the match, Filip Kostic found the net again.

Frankfurt was sung by 30,000 visiting supporters at the Camp Nou.

Barcelona did get a couple of consolation goals.

In extra time, Sergio Busquets was able to make it 1-3, after his goal a few minutes earlier had been ruled out for offside.

And in the unbelievable tenth minute of extra time, Memphis Depay put 2-3 on penalties.

But it was too late to make a difference.

Barcelona suffered its first loss in 15 matches and Frankfurt made it to the semifinals as the second German team.