Eriksson worried about the referee level: "Too bad"

Magdalena Eriksson had a lot to be happy about on Tuesday night. The referee level was not on that list. - Women's football is developing at an extremely high speed and it is important that all parts are developed at the same speed. This also applies to the judges. 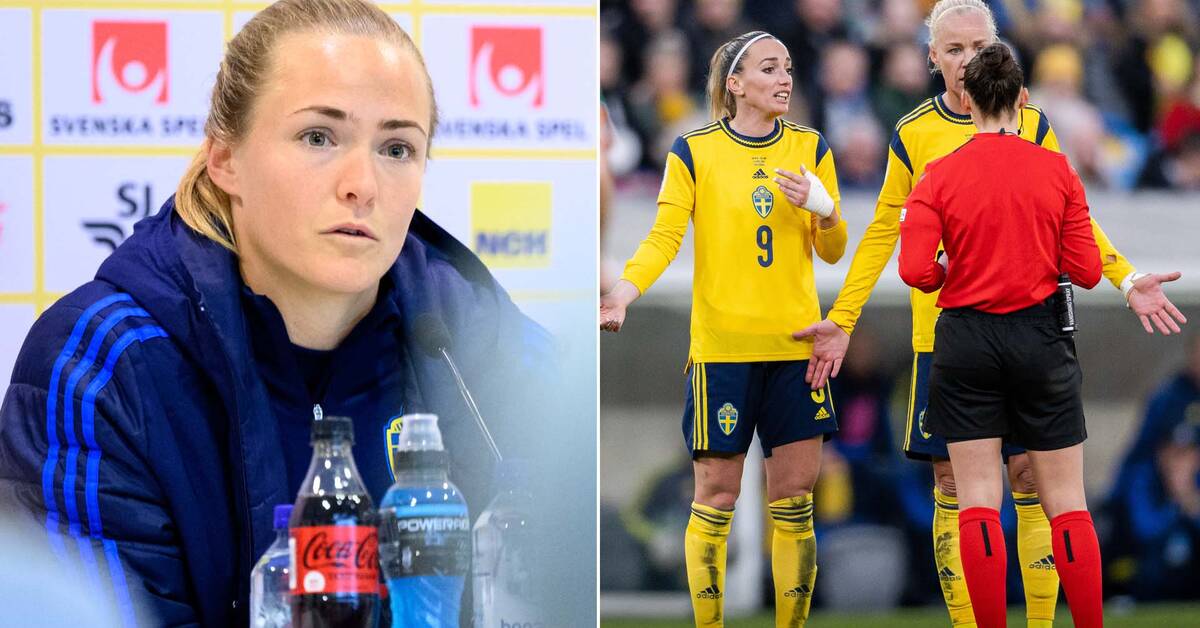 Chelsea defender Magdalena Eriksson was not happy with the Romanian referee team, led by Iuliana Demetrescu, after the World Cup qualifier against Ireland at Gamla Ullevi.

But today it was too bad.

And I hope that the referee delegate, if there was anyone here, and the referee himself, watches the match and analyzes to see what she can do better next time, Eriksson said at the press conference afterwards.

The match ended 1-1, which was enough for Sweden to secure a place in the World Cup next year.

It will be the biggest championship so far, among other things, the tournament will be expanded from 24 to 32 teams, and is another sign of the continued development of women's football.

Criticism also in the Algarve

A development that the judges must keep up with, says Eriksson.

- I just hope that all components in women's football develop at the same pace.

And so does the judge.

Even after the Algarve Cup final against Italy in February, the Swedish players were critical of the refereeing effort, and directed harsh criticism at Kim Yu-Jeong from South Korea.

- When you are an international judge, there is a rule, and it is quite simple.

It is that you should be able to speak and communicate in English.

It is not very difficult and not a very high requirement, said team captain Caroline Seger.

Tributes to the English judges

If you can believe Magdalena Eriksson, it is possible to learn a lot from how to work in English football.

There, Bibiana Steinhaus-Webb, known among other things as the first woman to judge a men's match in the German top league, has been hired as referee with responsibility for women's football.

- I am very pleased with the judges we have in England.

They have Bibiana, and she watches the matches and analyzes them.

It feels like they have a good way of working where they are also full-time employees, says Eriksson.

Just judges who work full time, Eriksson has pointed out before.

It is much more important than whether to introduce, for example, video review systems in women's football, she says.

- It's about building long-term, and taking it step by step.

A first step is full-time referees who, just like us, can invest one hundred percent in football.

This is definitely a very important first step.