Carlos Alcaraz, an obedient child, an explosive teenager: "Having fun on the track will lengthen your career"

The boy was already aiming for the opportunity to play in the U'10 World Championship in Croatia. Expensive trip. Difficulties for a middle class family. The... 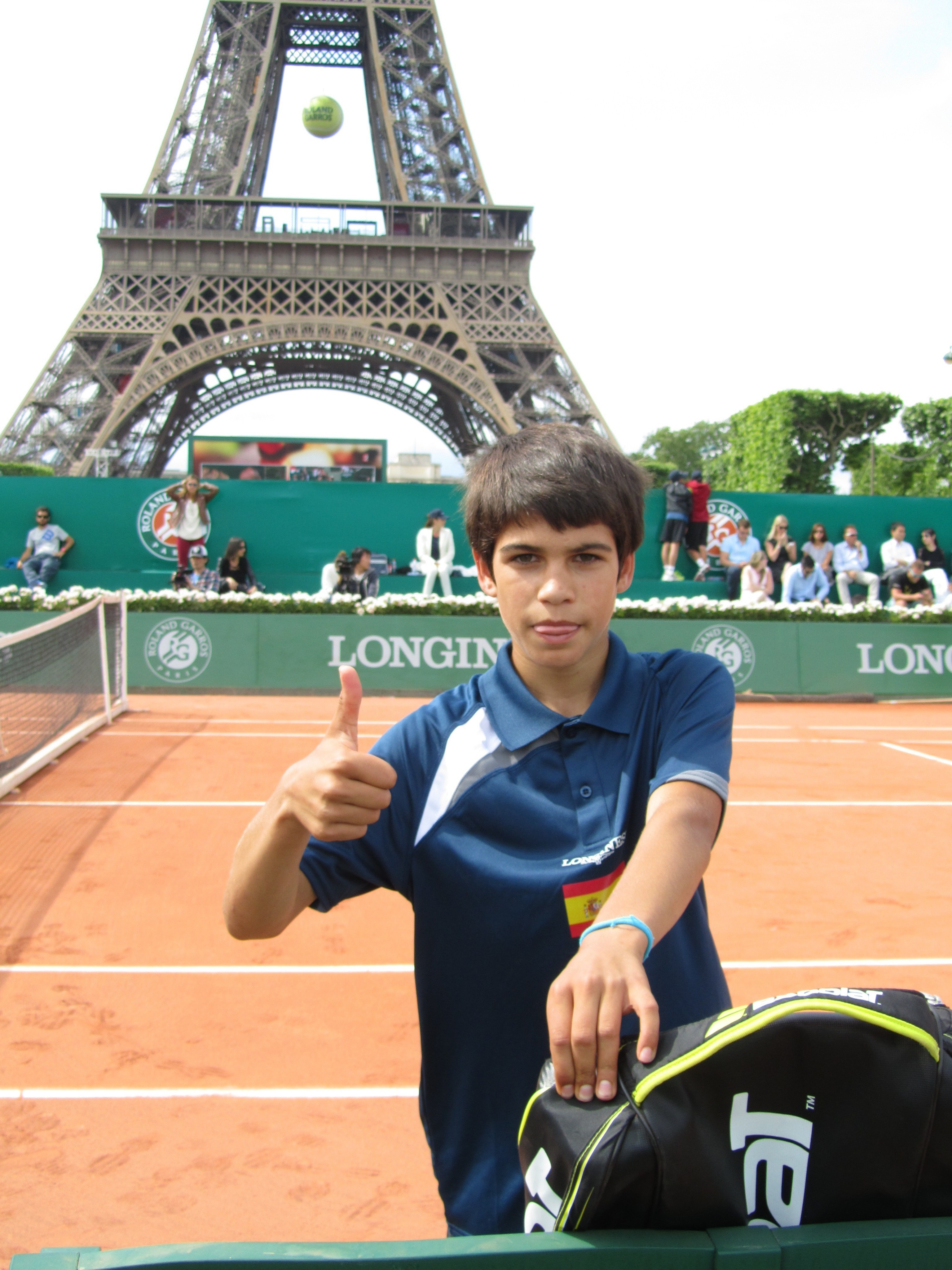 The boy was already aiming when the opportunity came to play the U10 World Championship in Croatia.

Difficulties for a middle class family.

arises , then his coach, who convinces

, from Postres Reina, a popular confectionery company based in the Murcian town of Caravaca de la Cruz, to sponsor the team.

And that's where it all started.

We are runners-up in the world.

From then on we played tournaments in Spain.

We debuted in the City of the Racquet.

He won as a first-year fry.

The next one, in Valencia, also took him ", Navarro tells us in a telephone conversation, after another rainy afternoon that has prevented him from completing training at the El Palmar Tennis Country Club school, where he continues to work.

We speak with the coach with whom the youngest champion of the Miami Masters 1000 grew up and called to revalidate his credit in the Monte Carlo Masters 1000, which begins on Monday.

"I was able to contribute my main grain of sand in my behavior. Since I was a child I have given him many talks: on the train, in the car, when we went to Villena, an hour there and another hour back. I told him to be humble, respectful, that he would never deny a photo. And I'm seeing it reflected now, when he's already number 11 in the world."

After the completion of one of the Roland Garros Longines sub-13 matches.

All the testimonies converge in the virtuous character of the boy, in his modesty, his docility, his application.

"He has transformed challenges into opportunities to grow from a very young age. He has it very internalized," explains

, his psychologist between the ages of eight and 16.

"He does not stay too long in the victories or in the defeats, he continues to work with the same self-demand. He does not allow emotions to last longer than they should. His self-knowledge stands out. He has the emotional base covered to manage everything that comes to him His parents have known how to keep him in his social environment, friends, family, with his roots very present".

, former tennis player and director of the Club de Campo tennis school, and

, he is the second of four siblings:

"We are very close so that everything is normal, so that we continue working as before and that the friendships are the same. In the team that surrounds us, we all have enough experience. We have been there and we have traveled a long way to detect if something It's not going well and you have to pay attention to whoever is needed. Carlos is simple, humble and calm enough to make strange changes. You have to let him play tennis, flow with everything he has inside and see how far he goes." , adds

, the coach with whom he has made the big growth spurt.

"When I grow up I want to be a tennis player"

"We worked in a group and tennis still had a more playful character. But he was already showing determination. When you asked him what he wanted to be when he grew up, he answered without hesitation: 'tennis player'", Cutillas recalls.

Alcaraz, who will turn 19 on May 5, does not seem, far from it, a passing phenomenon.

Also champion of the ATP 500 in Rio de Janeiro, on clay, he returns to the surface where he won the first of his three ATP titles, last summer, in Umag.

"It is harder for him to go from hard court to clay than vice versa, especially because of the changes in height and how to handle them on this surface, the defenses, although he also plays with some heights on fast court. It may be that it is difficult for him in the first games Ferrero warns.

Next to her friend Alba Rey after winning their respective categories in the Benjamín J'Hayber tournament in Alicante.

"Whenever we change the surface, we adapt the work we do off the court," explains

, the physiotherapist who accompanies him to all the tournaments.

"The areas most involved are the abductors, the gluteus medius and the gluteus maximus, which are stabilizing muscles of the hip, because on clay it slips a lot and that generates instability. Little by little we apply ourselves to the slides and the eccentric force of that musculature, to make sure that when the muscle works under braking it doesn't break".

Montecarlo, Barcelona, ​​Madrid, Rome and Paris, a non-stop tour where he aspires to everything, with that determined, singular game, from which he seduces the public wherever he goes.

"As a child, when he didn't have the day when everything was perfect, it was a little difficult for him. We told him, 'today it's time to run like a bastard, many games are won like that'. Then, when he was 14 or 15 years old, he also improved a lot in his attitude", recalls Navarro.

"He soon assimilated what you practiced with him. What you had to explain to others eight or nine times, he caught it the first time. We came to think that it would be better if he hit the one-handed backhand after Antonio Gómez saw it Palencia when he was training Nicolás Almagro. You told Carlos 'stick it to one hand' and he did it well."

Assuming the disorders involved in playing tennis from such a young age, Alcaraz has completed the process without prejudice.

"A teenager is an explosion on a cognitive and emotional level. His routines were different from those that are played at that age, but he assumed the changes quickly and naturally, with a great capacity for renunciation. We always tried to give him space to enjoy with his friends. His facet as a child and adolescent has not been neglected. He knows how to optimize his time," says Cutillas.

With Kiko Navarro, his first coach, and Rafa Nadal.

One of its distinctive features is the capacity for enjoyment on the track, the taste not only for winning but for doing it with a considerable share of improvisation, with a certain commitment to beauty.

"He is very dynamic and has many resources. His smile is always present, the desire to have a good time in there. He is very explosive and spectacular. That way of having fun on the track will be what makes it much easier for him to prolong his career. If you fall into monotony , things cost more," says Ferrero.

"It makes him happy that people enjoy his game, hence the passion he arouses among the fans. He endears himself. He conveys truth and kindness. Now that we live in times of despair, it represents a positive message for the youngest. And for the not so young. It suggests that dreams can come true," Cutillas concludes.