After receiving the commendation, Zhang Yimou, Gu Ailing, and Ren Ziwei have something to say...

China News Service, Beijing, April 9th: After receiving the commendation, Zhang Yimou, Gu Ailing, and Ren Ziwei have something to say...   Reporter Lu Yanyuechuan Wang Hao   "In the new era, we young people should use our own efforts to build the motherland and serve the motherland. We need to work hard, and we must work harder in daily training..."   At noon on the 8th, Ren Ziwei said this i 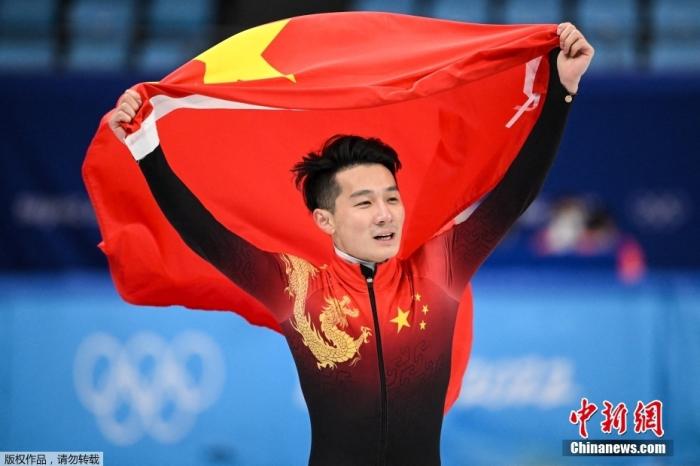 "In the new era, we young people should use our own efforts to build the motherland and serve the motherland. We need to work hard, and we must work harder in daily training..."

At noon on the 8th, Ren Ziwei said this in front of the Great Hall of the People.

Wearing the red and white sportswear of the Chinese Winter Olympics team, with a big red flower hanging on his chest, and wearing glasses, he looks a little gentle, which is quite different from the publicity and domineering on the ice rink.

On the morning of this day, the Beijing Winter Olympics and Winter Paralympic Games Summary and Commendation Conference was held in the Great Hall of the People.

In the men's 1000m short track speed skating final at the Beijing Winter Olympics on the evening of February 7, Chinese player Ren Ziwei took the lead in hitting the line and won the championship.

Xi Jinping, General Secretary of the CPC Central Committee, President of the State, and Chairman of the Central Military Commission, said in his speech at the conference: "Achievements come from struggle, and victory does not come easily." Ren Ziwei felt inspired by this sentence.

He said that he will greet the next training and competition with greater enthusiasm.

The same person who won the title of outstanding contribution individual with Ren Ziwei is Zhao Hongbo. He once partnered with Shen Xue to win China's first gold medal in figure skating pair skating at the Winter Olympics. He is now coaching the national figure skating team.

Different from what he looked like on the field back then, Zhao Hongbo now has white hair, and a red flower is pinned to his chest.

At the Beijing Winter Olympics, he led Sui Wenjing and Han Cong to win gold medals in figure skating pair skating, and fixed the number of gold medals for the Chinese delegation at 9.

Zhao Hongbo said: "Sports people get off the podium, and everything starts again. The Beijing cycle has come true, we have accumulated a lot of Olympic heritage and experience, and then we will use these to continue to the next and next winter. Olympics."

When the Winter Olympics and the Chinese New Year meet, Chinese culture and Olympic culture coexist in harmony.

The Winter Olympics venues that ingeniously contain Chinese culture, the lively and honest "Bing Dun Dun", and the festive and peaceful "Xue Rong Rong", all show the infinite charm of Chinese culture.

On the evening of February 8, the award ceremony for the women's freestyle ski jumping platform of the Beijing Winter Olympics was held in Beijing Awards Plaza.

The picture shows Chinese athlete Gu Ailing, who won the championship, at the award ceremony.

"The smell of Chinese New Year, fragrant bean buns", "Gu Ailing loves pies, and foreigners also love dumplings"... When General Secretary Xi Jinping pointed out these short stories of the Winter Olympics, the participants all smiled. There was warm applause at the scene.

"I am very happy this time. The general secretary also talked about the pie." Gu Ailing said that it is also a great honor for so many people to recognize Chinese culture.

In his speech that day, General Secretary Xi Jinping explained the spirit of the Beijing Winter Olympics, which is to have the big picture in mind, be confident and open, face difficulties, pursue excellence, and create a better future.

As the "Double Olympic Director", Zhang Yimou was also awarded the Outstanding Contribution Individual, and he was very touched by the spirit of the Beijing Winter Olympics.

From the bidding, preparation and holding of the event, Zhang Yimou said frankly that in this precious experience, the spirit of the Beijing Winter Olympics was his greatest wealth, and it also pointed out the direction for the future.

"As a witness, I have a lot of experience. I will carry it forward and apply it to my future work and creation." He said.

After the commendation meeting, many volunteers were waiting in Tiananmen Square to take a photo with Zhang Yimou. Their blue and white volunteer uniforms looked youthful and beautiful.

And Zhang Yimou, who was about to get into the car and leave, also stopped and took a photo with the volunteers with a smile.

The Beijing Winter Olympics and the Winter Paralympics have come to an end, but such scenes still touch people's hearts.

On April 8, the Beijing Winter Olympics and Winter Paralympic Games Summary and Commendation Conference was grandly held in the Great Hall of the People in Beijing.

Feng Yiwei, a graduate student at Yanshan University, served as a volunteer supervisor at the National Biathlon Center during the Beijing Winter Olympics and Paralympics.

He said that all Winter Olympic volunteers, including himself, have the hopes of their families, work units, relatives and friends, and have the belief of "strengthening to one place" in their hearts.

"This kind of grand occasion of everyone working together and working hard for a major national event is the best embodiment of the spirit of the Beijing Winter Olympics."

Feng Yiwei told reporters that he should learn the spiritual heritage of the Beijing Winter Olympics well, and bring this winter glory back to his school and work place. He hoped that he would be able to shine at every next stop in his life, and take this story as a story. Be the voice of Chinese youth and speak to more people.