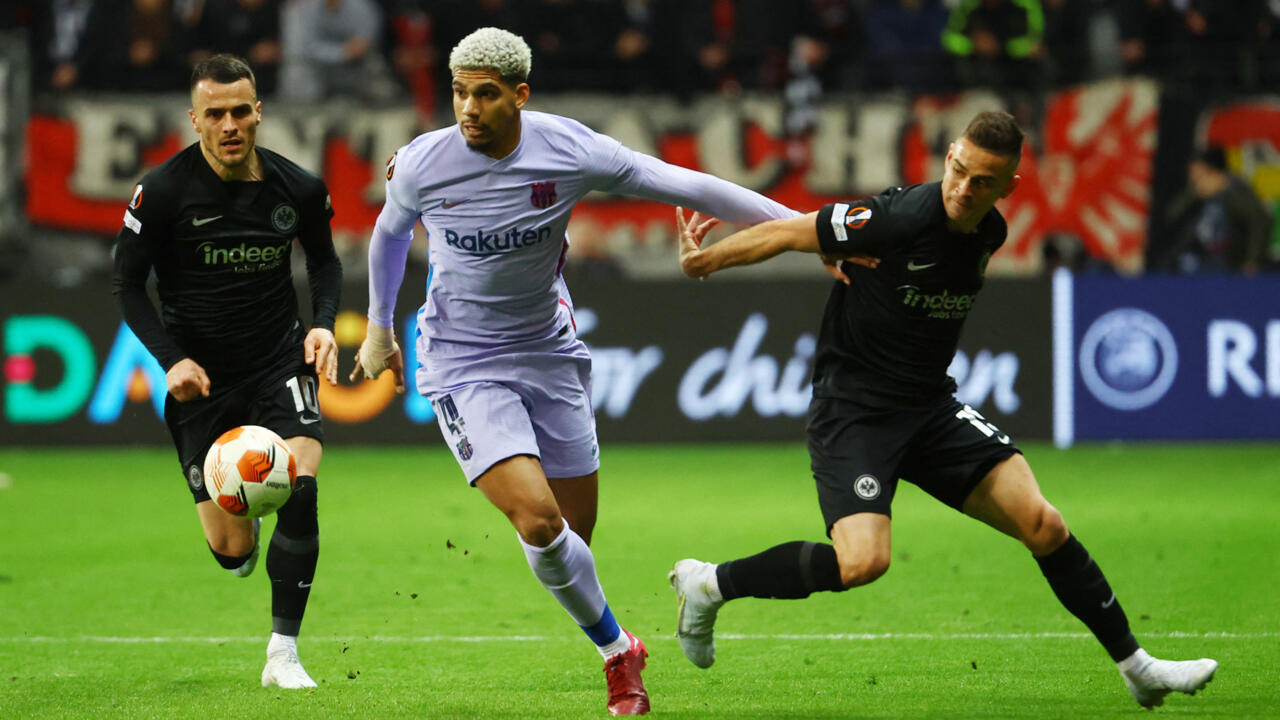 Lyon were led by West Ham, Thursday April 7 in London, in the quarter-final first leg of the Europa League, and FC Barcelona led in Frankfurt, but the two teams equalized at 1-1 and maintained their chances of qualification intact for the semi-finals.

In the Europa League Conference, OM led 2-0 at the break thanks to goals from Gerson (13th) and Payet (45th), but only beat PAOK Salonika 2-1 as the Greek club reduced the gap as soon as they return from the locker room, by El Kaddouri (48th).

OL with two faces, in Ligue 1 and in the Europa League, had come to London to win, announced their coach Peter Bosz, but not everything went as planned because Bowen opened the scoring (52nd).

Fortunately for the team of Jean-Michel Aulas, Tanguy Ndombélé equalized a quarter of an hour later (66th) following a raid by the Brazilian Tetê, freshly arrived from Ukraine where he carried, until the Russian invasion, the colors of Shakhtar Donetsk.

Similar scenario for Barça in Frankfurt, since Eintracht led 1-0, like West Ham against Lyon, thanks to a goal from Knauff (48th).

Overall too passive against the overexcited Germans, Xavi's men still have their destiny in their hands, but they have not lived up to their role as big favorites in the competition.

At the start of the evening, RB Leipzig, at home, could only draw with Atalanta Bergamo (1-1), which provided suspense for the return match, while Sporting Braga, beating 1 -0 Glasgow Rangers, did not ensure a quiet return match in Scotland.

Tense atmosphere at the Velodrome

On the floor below, in C4, OM were on track to take an option on the semi-finals, Gerson and Payet having concretized Marseille's domination before the break, in an atmosphere tense by incidents before the match.

But as often this season in Europe, Jorge Sampaoli's team failed to retain the advantage of this break and will therefore have to be wary in Salonika in a week, in a probably boiling context.

The only goal festival of this European Serie B evening took place within the framework of this same C4, in the Netherlands, between Feyenoord Rotterdam and Slavia Prague (3-3).

Again, the suspense is intact for the return, as for Leicester, who had eliminated Rennes in the previous round and drew (0-0) against PSV Eindhoven.

The feat of the evening came from Norway's Bodo Glimt: they managed to beat José Mourinho's AS Roma 2-1, much more highly rated than them on the European chessboard, thanks to a goal from Vetlesen at the 89th minute.