He scored two goals against England in the 1986 World Cup.. Maradona's shirt is offered for sale in millions of dollars

The Argentina shirt, which Diego Maradona wore as he scored two famous goals against England in the quarter-finals of the 1986 World Cup in Mexico, will be auctioned later this month, Sotheby's announced today. 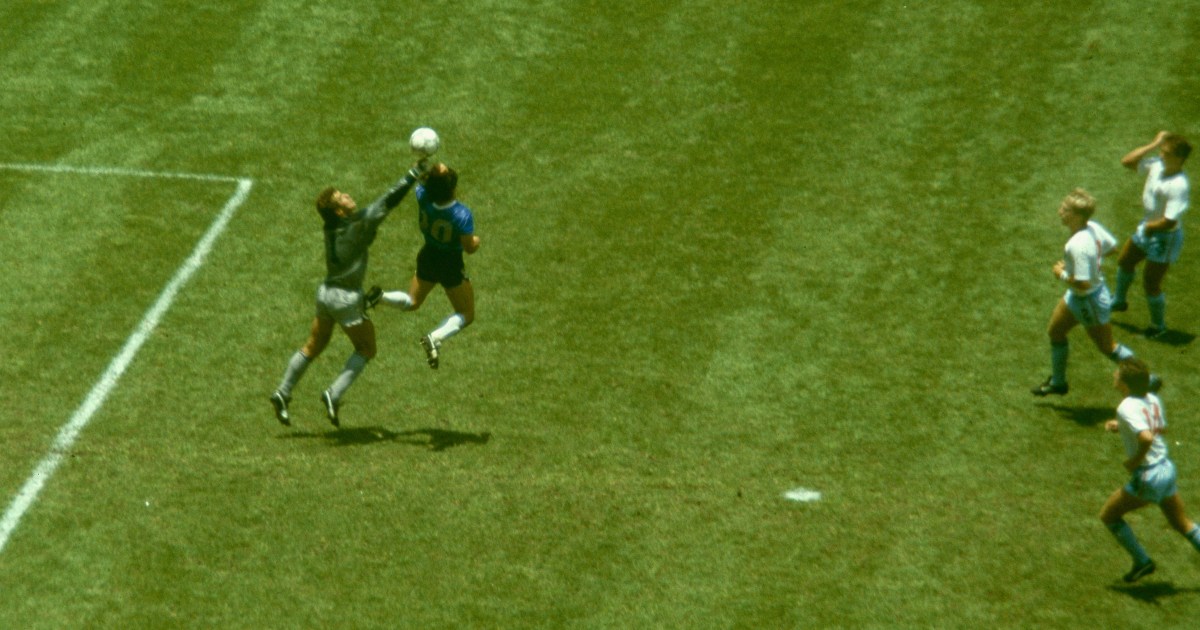 The Argentina national team shirt - worn by the late legend Diego Maradona as he scored two famous goals against England in the quarter-finals of the World Cup in Mexico in 1986 - will be auctioned later this month, Sotheby's announced, on Wednesday.

The blue shirt, which bears the number "10", has been in the possession of English midfielder Steve Hodge for all these years, who exchanged his shirt with Maradona after England's 1-2 loss in the World Cup quarter-finals.

That match was one of the most memorable matches in the history of the World Cup, and gained special significance for Argentina because it was played only four years after losing the Falklands War to Britain.

The match became engraved in football heritage because of Maradona's two goals: one infamous and the other the pinnacle of splendor at the famous "Azteca" stadium in Mexico City.

The first came in the 51st minute, when Hodge specifically intercepted a ball on the outskirts of the England penalty area, and tried to return it to his goalkeeper, Peter Shilton.

England players protested to the referee of the match, Tunisian Ali Bennacer, but he did not care about them and scored the goal.

Then Maradona raised the controversy after that, saying that scoring the goal was "a little with Maradona's head and a little in the hands of God."

And after 4 minutes of the "illegal" goal, Maradona struck again, scoring a goal considered by many to be the best in the history of the World Cup.

The Argentine star received the ball in the middle of the field and dribbled more than once, leaving 5 English defenders panting behind him, before he bypassed goalkeeper Shelton and shot into the goal, a goal that was chosen as the "goal of the century" in a poll conducted by the International Federation of Football Associations (FIFA).

Then Maradona added two goals against Belgium in the semi-finals, before contributing to his team's 3-2 victory over West Germany in the final and raising the prestigious trophy as captain of his country.

Maradona died on November 25, 2020, at the age of 60, as a result of a heart attack, after suffering a long period of health problems.

"The list is long as to what kind of people or organizations would want to own this shirt," said Brahm Wachter, head of modern collections at Sotheby's.

"It could be an individual, it could be a museum, a football fan, a particular club, or just someone who wants to own the best of the best," he added.