Chelsea and Real Madrid... the Champions League champion's confrontation with the "king" of Europe

The duel of Chelsea, the holder of the Champions League, and Real Madrid, the record holder in the number of titles won (13), will start on Wednesday evening in the British capital, London, in the first leg of the quarter-finals of the continental competition. 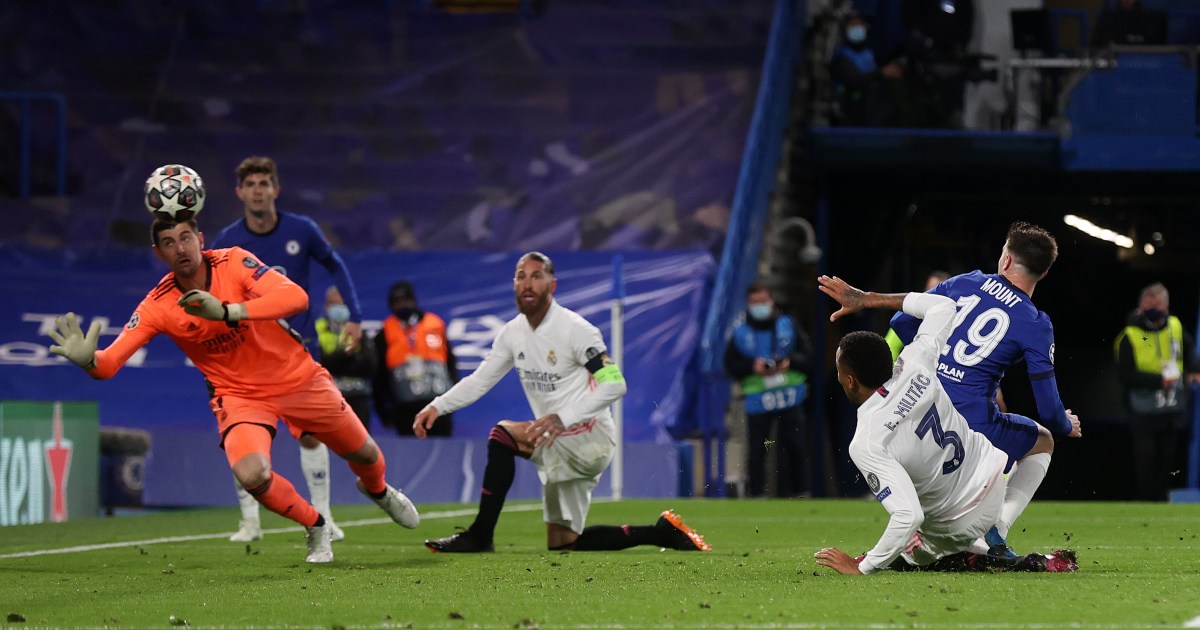 The duel of Chelsea, the holder of the Champions League, and Real Madrid, the record holder in the number of titles won (13), will start on Wednesday evening in the British capital, London, in the first leg of the quarter-finals of the continental competition.

Chelsea is experiencing a turbulent season, as a result of the financial sanctions imposed on it and its Russian billionaire owner Roman Abramovich by the British government, which considers him close to Russian President Vladimir Putin, against the backdrop of the Russian war on Ukraine.

Despite the restrictions imposed on the London club, it is trying to remain in a "good mood", in the words of its German coach, Thomas Tuchel.

While the French club Lille overcame the final price by winning back and forth (2-0 and 2-1), and continuing to compete for a qualified seat to the Champions League, where it is currently third in the English Premier League, albeit by a large difference from leaders Manchester City, but that A confrontation this evening, Wednesday, will be high-risk against the leaders of the Spanish League, especially after its harsh and sudden loss in the Premier League against its guest, Brentford, 1-4, which he beat for the first time since 1939.

Tuchel tried to soften the blow against Brentford: "After a few wins, I'm not going to be in the drama. Why are we doing this?"

He asked his players to respond in front of Real Madrid, and said, "It is difficult to accept this because it is unusual. This is a summary of strange events, but it depends on us (to deal with the matter) and this is our mistake."

"We will look in depth for the reasons why this happened. We will analyze and digest things. Nothing else."

A similar scenario experienced by Chelsea last season in the same week, when it lost at home to West Bromwich Albion - who was later relegated - (2-5), and it was a warning bell before its victory away from Porto in the Champions League quarter-final.

Tochel revived the "Blues" and led him to the title at the expense of his compatriot, Manchester City, who was a candidate for the coronation.

Having left the likes of Italian Jorginho, England's Reece James and Croatian Mateo Kovacic on the bench, the former Paris Saint-Germain coach is expected to make changes to his squad against Real.

As for Real, who leads the Spanish League and is heading to win the title, the alarm bell sounded after its painful loss at home against rival Barcelona 0-4.

Italian coach Carlo Ancelotti is counting on his veteran French striker Karim Benzema, who has a wonderful triple that turned the tables on Paris Saint-Germain and its stars in the final price (0-1, 3-1), in addition to his brilliant Belgian goalkeeper, Thibaut Courtois, who previously carried the Chelsea colors.

Despite his domination of the league, a 90-minute match contributed to forgetting the achievements of Ancelotti, who is facing criticism for his counter-attacks, the lack of rest for key players and the team's negative character against Saint-Germain in the first leg of the final.

And in the event of any incomplete step for Real - who was last crowned in 2018 - against Chelsea, Ancelotti has begun to live again the ghost of dismissal, as happened with him in 2015 with Real Madrid and its president Florentino Perez.

And his German player Toni Kroos says, "They are the title holders, so things can't be more difficult. If we play well, everything is possible."

In 5 confrontations between the two sides, Chelsea won 3 times and tied twice, including the 1971 European Cup Winners' Cup final, when Chelsea won 2-1 in a rematch after a 1-1 tie in the first.

The two teams also met in the Champions League semi-finals last season, where they tied 1-1 in Madrid and Chelsea won the second leg with two clean goals.

Bayern Munich appears to be a candidate to overtake Villarreal, the holder of the European League title, "European League", when it arrives - also tonight - as a guest in the first leg of the quarter-finals.

Despite the striking Bavarian attacking force led by Polish striker Robert Lewandowski, the 6-time European champion - the last of which was in 2020 - should beware of the "yellow submarines" with its expert coach in the continental championships, Unai Emery.

"I'm not thinking about the final," said Emery, who won the European League 3 times with Seville and the last version with Villarreal, giving him his first major title, considering that his focus is on the two games against Bayern.

Emery, who led Villarreal to the quarter-finals for the first time since 2009, added, "I do not know where the final will be held. I do not know where the Europa League final was held last season, because it has become a thing of the past. I am trying to beat the one in front of me. And now it is Bayern. In the Bayern games.

And the coach, who eliminated Juventus in the final price (1-1 and 3-0), added, "Bayern is different from Juventus. Tactically, different things must be done. We are capable and have chances to win."

On the other hand, Bayern coach Julian Nagelsmann said, "Villarreal, the holders of the European League. They have an experienced coach and a clear style of play. The 3-0 victory over Juventus is not a coincidence."

The Bavarian club is counting on the success of Lewandowski, the third best scorer in the history of the competition (85), after Portuguese Cristiano Ronaldo (140) and Argentine Lionel Messi (125), and he hopes to strengthen his lead in the current edition's top scorer (12) and equalize his record in the 2020 season when he scored 15 a target.