Golf: Tiger Woods will play the Augusta Masters, 13 months after his accident

The golf superstar Tiger Woods will be making a comeback at the Augusta Masters, land of his greatest exploits where he even thinks he could win a sixth time, more than a year after a serious road accident. &nbsp;"If things stay as they are, I'm going to play," the 46-year-old American told reporters on Tuesday. 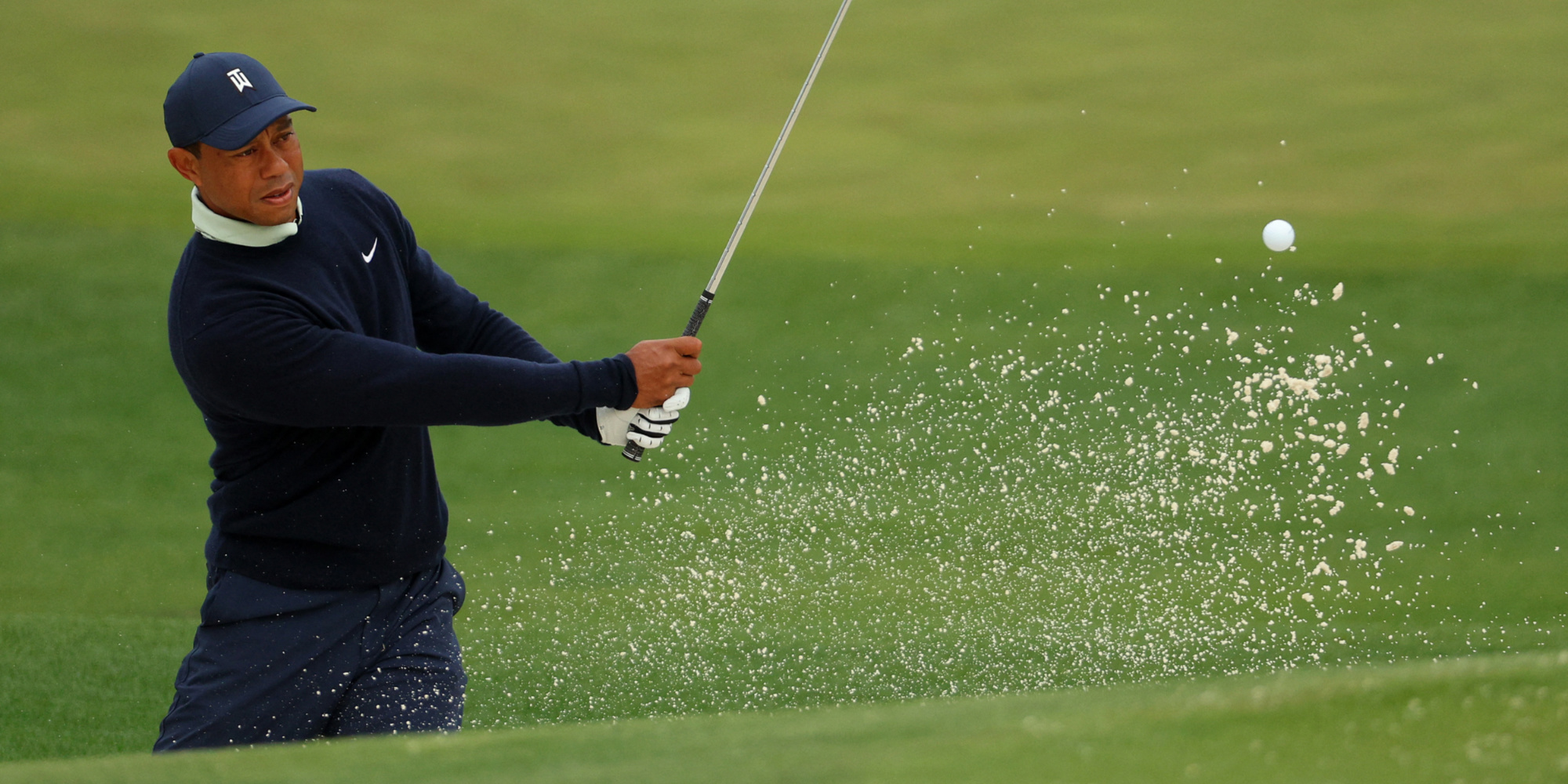 Golf superstar Tiger Woods will make his grand return to the Augusta Masters, land of his greatest exploits where he even thinks he can win a sixth time, more than a year after a serious road accident.

"If things stay as they are, I'm going to play," the 46-year-old American told reporters on Tuesday.

Unbreakable: 13 months after the accident which almost cost him his right leg, Tiger Woods, except for last minute setbacks, will make his comeback at the Augusta Masters, land of his greatest exploits where he even thinks he can win a sixth time.

"If things stay as they are, I'm going to play," the 46-year-old American told reporters on Tuesday.

He plans to test himself one last time on Wednesday, the day before the tournament begins.

"It's about knowing how my body will recover from this effort and what it is able to do the next day," said the winner of 15 Majors, some of which gleaned by overcoming severe pain.

A return more than a year after a road accident

How many times have we thought he was lost for golf?

Each time he got up.

Everything from ruptured cruciate ligaments and an Achilles tendon, injuries to the neck and cervical vertebrae after a first car accident also revealing soul ailments, from alcohol and drugs, from five back operations, some very risky.

And so, now, from this terrible road trip that occurred on February 23, 2021 near Los Angeles, which he considered himself lucky to have survived.

He narrowly avoided amputation, for multiple open fractures in his right leg that required inserting a metal rod into his tibia, and screws to shore up the bones in his foot and ankle.

“Coming back to play here seemed unlikely to me”

Woods was hospitalized for weeks and unable to walk for months.

"It was a difficult path. To come back to play here seemed very unlikely to me at the time," he said.

While the world of golf wondered if he was going to be able to even walk normally again, Woods had still expressed the desire to get up to return to golf.

But at 46, his body bruised by so many shocks, wasn't he kidding himself?

It would obviously be misunderstanding the man, the champion, the survivor, to imagine him giving up.

But his first public appearances, with a cane and then orthopedic tights, did not bode well for such a prompt return.

No more than that of February at the Genesis Invitational, a tournament he sponsors, where witnesses noted his difficulty in raising and lowering his foot.

A reappearance that has the golf world in turmoil

It was his unexpected presence last week at Augusta - where he was crowned five times, the last in 2019 two years after an extremely delicate vertebral fusion - to test his physical condition on the legendary course, in particular accompanied by his son of 13-year-old Charlie, who brought the microcosm of golf to a boil.

Woods, automatically appearing on the list of participants as a former winner, had not had his name scratched from the 86th edition, maintaining a suspense that had become less and less great on Sunday, when he returned to Georgia for a second session.

The "Tiger" appeared smiling, fulfilled, comfortable with his swing, betraying no difficulty in walking, in a new pair of shoes adapted to his needs.

He had nevertheless warned that his decision to participate in the tournament would be taken at the last moment, Thursday.

He finally announced it two days earlier, with reservations of formality, after completing another nine-hole session, in front of thousands of cheering fans.

What can the Tiger achieve after 17 months without playing?

The question now arises, since we are once again talking about Tiger golfer, competitor, what the 873rd in the world can accomplish at the Masters, after 17 months without playing - his last tournament was the 2020 edition of the Masters postponed to November in reason of Covid-19.

Because Augusta is anything but a walk in the park and Woods, who has always crossed the cut there and knows every nook and cranny, knows that the slopes and unevenness will be his main difficulties.

"I can hit the ball really well. I have no doubts about what I can do golf-wise. Walking is the hard part," he agreed.

How will his right leg respond to repeated efforts, so that's the big question.

But we are talking about a champion who won the US Open in 2008 despite tearing a knee and a double stress fracture of a tibia.

Twenty-five years after winning the first of its fifteen Majors in Augusta, the Tiger is therefore ready to roar again.

He even warned the competition: "I think I can win the Masters this week".