Like a newborn foal, this is how Real Madrid collapsed at the Santiago Martín. Lenovo Tenerife delved into its crisis with a tremendous final comeback in which... 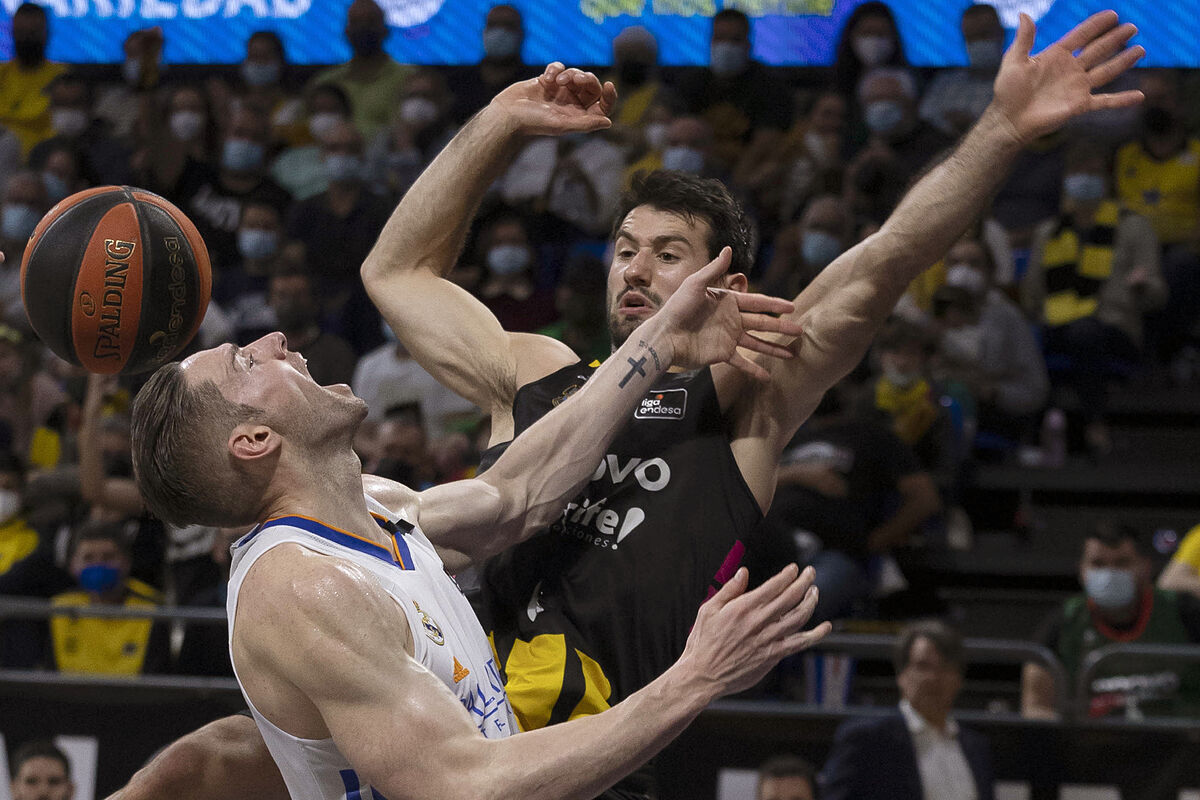 Like a newborn foal, this is how Real Madrid collapsed at the Santiago Martín.

Lenovo Tenerife delved into its crisis with a tremendous final comeback in which all the weaknesses of Pablo Laso's group were exposed, unhinged and broken, perhaps at the weakest moment in memory.

The same team that dominated by 12 with 15 minutes to go ended up plucked, in their first away defeat of the season in ACB, the umpteenth however in recent weeks.

Suddenly all the dark clouds of Real Madrid were unleashed, which conceded an improper partial, a 37-10 at the party of a Tenerife that they had defeated in the previous 15 precedents.

With Llull kicking the ball, Yabusele pushing Fran Guerra and the techniques of impotence accumulating.

Real Madrid has lost five of the last eight games in the Endesa League, where leadership seems increasingly impossible.

In Europe, seven of the last nine.

He came from falling against the bottom team, Panathinaikos in Athens.

Although at times in Tenerife his mind seemed clean from so much defeat, it did not take long for the mental ballast with which Laso's group is advancing to become evident.

Because for 25 minutes, he seemed hard as flint against an always uncomfortable rival like Txus Vidorrera's Tenerife.

Real Madrid based their dominance on defence, that pillar that had borne so much fruit at the start of the season.

He closed his hoop and tried to advance, first with Llull's points (eight starts), then with Heurtel's fleeting wiggle and almost always with Causeur's hammer, that man always in the background of everything that has been happening in the recent years and that, now, his own absence has vindicated him as essential.

The Frenchman, already recovered, was not going to have a break in Tenerife.

It was a rough duel, of mistakes and fight.

Few rays of offensive light crept into the Santiago Martín and Real Madrid took advantage of the local paralysis.

What seemed like the big push came in the third quarter, when he took advantage of Tavares's blocks to even run and put a considerable distance (30-42).

But Vidorreta had a plan.

Shermandini, the best player in the competition in March, had not appeared until well into the second quarter.

And his buddy Huertas, until the second part.

Aware of the brutal calendar in which he finds himself - this week he faces the quarterfinals of the Champions League -, the Basque coach dosed to save his strength for the end.

When everything seemed to be on track, Yabusele lost his temper with Fran Guerra and a perfect storm was unleashed.

With an unleashed Bruno Fitipaldo (14 points, nine assists), Salin's triples and Sulejmanovic's power in the paint (12 rebounds), Tenerife derailed the rival that had frustrated them so many times.

A devastating partial, disastrous everything that happened in Real Madrid, without anyone capable of putting sanity.

When Llull kicked the ball into the stands, everything was settled and there were still a couple of minutes left.