Witness- He said, “The arbitration is scandalous.” The Algerian Federation demands a replay of the Cameroon match

The Algerian Football Federation has submitted an official appeal to the International Football Association (FIFA) against the “blatant arbitration that distorted the result of the second leg match between Algeria and Cameroon,” which was played the day before yesterday, Tuesday in Blida. 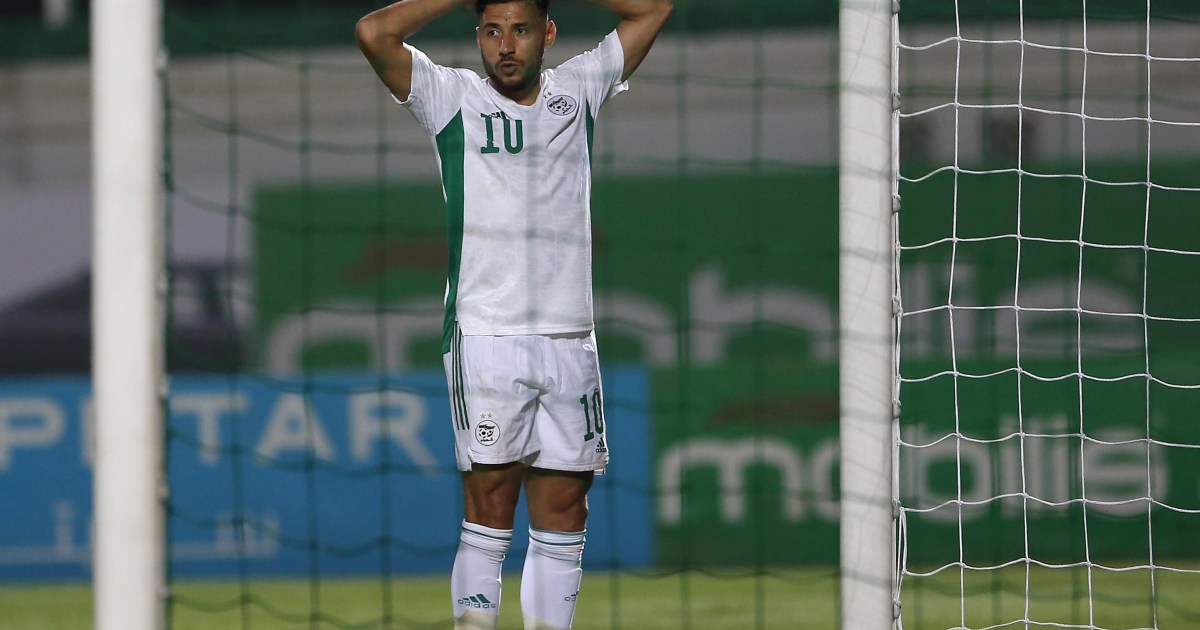 The Algerian Football Federation submitted an official appeal to the International Football Association (FIFA) against what it described as “blatant arbitration that distorted the result of the return match between Algeria and Cameroon, which was played the day before yesterday, Tuesday, at the stadium of Martyr Mustapha Chaker” in Blida.

And he confirmed - in an official statement issued today - that he is determined to activate all legally permitted means to restore his rights, and to replay the match under conditions that guarantee the integrity and impartiality of arbitration.

The Algerian Federation demanded the opening of an investigation by FIFA bodies to shed light on the arbitration in the Cameroon match.

The match, in which Cameroon qualified at the expense of Algeria for the 2022 World Cup in Qatar, witnessed some controversial arbitration cases, which prompted the Algerian Federation to demand the opening of the investigation.

Algeria failed to reach the World Cup finals after losing 1-2 to its guest, Cameroon, in the second leg of the final round of the African qualifiers, after winning the first leg 1-0, as Cameroon benefited from the rule of calculating the goal away from the ground.

The official website of the Algerian Football Association had said that the World Cup dream was lost 10 seconds before the end, and that the "Greens" lost their match against Cameroon, contrary to all expectations.

He added, "It was a painful evening for the national team, which did not deserve such a fate, after the wonderful performances and the continental title in 2019 and the much happiness that he brought to the Algerian people under the leadership of Djamel Belmadi."

The president of the Federation, Sharaf El-Din Emara, announced his resignation, accompanied by members of the Federal Office, after the team was excluded from the World Cup qualifiers and the fans blamed a large part of the federation's responsibility because of what they believe was "inaction" in protecting the team from "arbitral injustice".

An administrative office is responsible for running the affairs of the union until the holding of an electoral general assembly in the coming days.

Emara said in a press conference, "The exclusion of the Greens from qualifying for the World Cup in Qatar was a great disappointment," adding that he testified to Belmadi for the "great" work he had done, and that he was sure of his survival to complete his career, pointing out that he requested him "to continue his mission."

I can't believe my eyes.

Where's Bakary Gassama in all of that ?!

Can't you just go and check !

What a bad arbitration, What a shame !.

So done with that way of unfairness !

You've taken all of the past 4 years work in a second#CAMALG#WorldCup#TeamDZ@LesVerts @FIFAWorldCup pic.twitter.com/7urBvTrH2z

This is football, bloody hell.

Where is the justice, CAF, FIFA!!

The match had to replay

We demand a replay of the AlgeriaCameroon match due to-just to, Like Senegal had the right replay the match against south africa in 2017, We have the right too after after the refereeing farce during the match nCU0RRMG3X