North Macedonia President Stevo Pendarovsky has threatened Portuguese soccer star Cristiano Ronaldo, before facing the two teams in the decisive round of European qualifiers for the 2022 World Cup in Qatar. 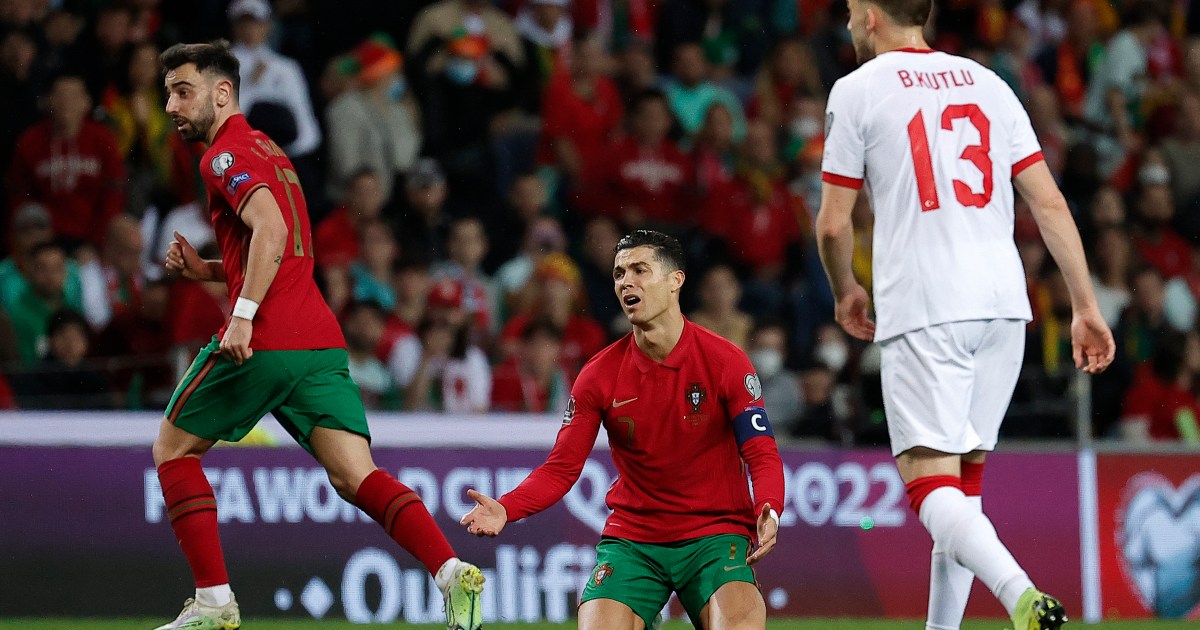 North Macedonia President Stevo Pendarovsky has threatened Portuguese soccer star Cristiano Ronaldo, before facing the two teams in the decisive round of European qualifiers for the 2022 World Cup in Qatar.

North Macedonia blew up a big surprise and defeated Italy 1-0 on Thursday, and crossed to the final stage of the qualifiers to meet Portugal, which in turn defeated Turkey 3-1.

"The heroes of our team wrote an epic in the history of Macedonian football," Pendarovsky said in a tweet via Twitter. "I congratulate our national team for its sacrifice, courage and fighting spirit in defeating a strong opponent."

He added, "We are one step closer to Qatar. We are grateful to you for this happiness that we live in."

"Cristiano Get ready, your turn is coming," Pendarovsky said in another post directed at Portuguese star Cristiano Ronaldo, referring to the North Macedonia team's quest to repeat its achievement and surpass Portugal in the match that will bring the two teams together next Tuesday.

Get ready @Cristiano, you are next!

The Portugal coach is aware that the task will not be easy against North Macedonia, and said in a press conference yesterday, "We need to respect North Macedonia as we would have done against Italy. I told you before that we might face (North Macedonia), these matches are not a joke, it is like a final match. Anything can happen. We have to play the game with the focus it deserves. A team that goes to Italy and beats the European champions needs no introduction."

Portugal survived a difficult final to move one step closer to the World Cup, as Turkey striker Burak Yilmaz missed a late penalty that would have given his country a draw and extended the match into overtime.

After advancing 2-0, Portugal gave its rival the opportunity to return to the match, which upset Santos.

The Portuguese coach said, "This cannot happen in a match that was under our control, it is a wake-up call for next Tuesday. Today's match is over and we have to focus on our next opponent who will definitely fight with his life. We need extra focus as we play at home and in front of our fans. Our main goal is Reaching the World Cup and that is our motivation."

⚽ Portugal 🇵🇹 reach the final of the third track of the European play-off qualifying for the FIFA World Cup Qatar 2022, by defeating its Turkish counterpart 🇹🇷 by 3-1

After forfeiting the opportunity to qualify directly in November, Portugal were expecting to face Italy in a match between the last two European champions.

"We cannot think that facing North Macedonia will be easy," Mateus Nunez told reporters after Portugal scored their third goal against Turkey.

The Sporting Lisbon player added, "We have to rest and work on the game plan. This is a team that deserves our respect. (North Macedonia) went to Italy and won, you need competence to do that."