Is it the end of Mesut Ozil? .. Fenerbahce excludes him and the German star comments

Former German national team star Mesut Ozil made his first public impression after the Turkish Football League club Fenerbahce decided to exclude him from the team. 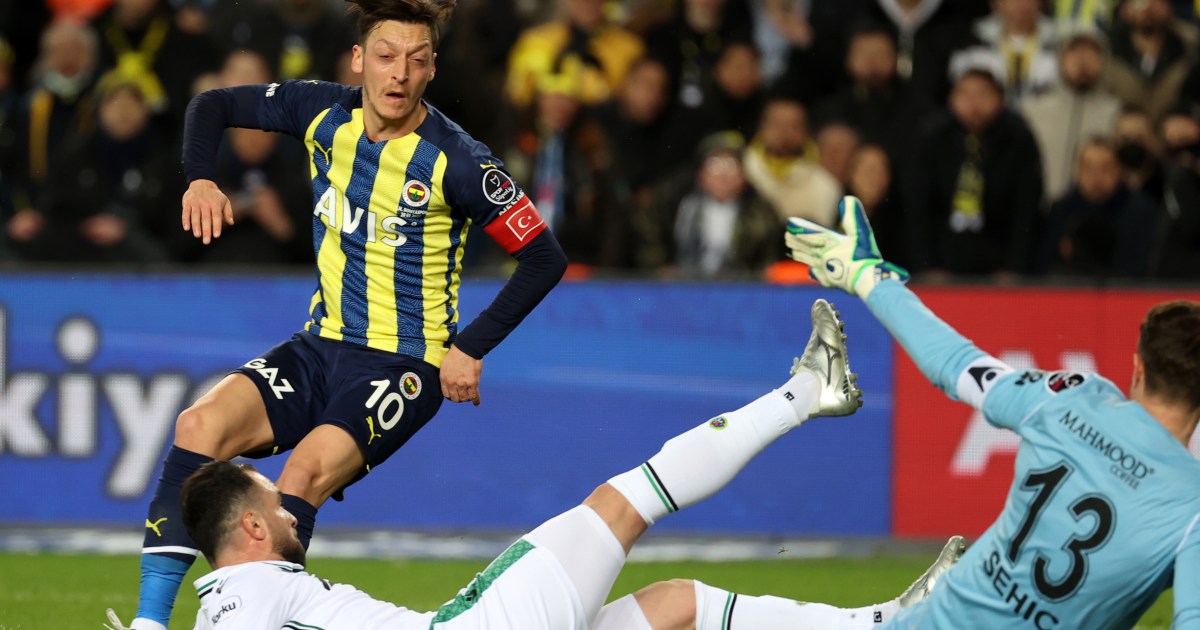 Former German national team star Mesut Ozil made his first public impression after the Turkish Football League club Fenerbahce decided to exclude him from the team.

And the Turkish club Fenerbahce announced yesterday, Thursday, the exclusion of Ozil, the former playmaker of the German national team, Real Madrid and Arsenal, from the list of the first team with immediate effect.

Fenerbahce did not explain the reason behind the decision to exclude Ozil, and the same was applied to Turkish midfielder Ozan Tofan.

Reports in Turkey claimed that the decision came after a dispute arose between the two players and coach Ismail Kartal, and that the players would not train with the first team.

It is not yet clear at this point if there is a way back at the club for the players.

Ozil published a message on social media, today, Friday, in which he said, "The main thing is Fenerbahce," accompanied by the club's flag and the Turkish flag.

And he replaced the German star Ozil during the break between the two halves of the Fenerbahce match against Konyaspor last Sunday, and the team was trailing by a clean goal.

Fenerbahce managed to come from behind to win 2-1, with Tofan entering as a substitute at the last minute.

And Fenerbahce signed Ozil from Arsenal in 2021, after he became outside the club's accounts.

Tofan spent the first part of this season at Watford.

The signing of Ozil was a major coup for the Turkish giant.

Fenerbahce is third in the Turkish league this season, two points behind runner-up Konyaspor, but 17 points behind leader Trabzonspor.