The soccer team, which had confirmed their qualification for the World Cup early, defeated Iran for the first time in 11 years and climbed to the top of the group in the final qualifying round. 60,000 spectators were enthusiastic about the goalless goal of captain Heung-min Son. 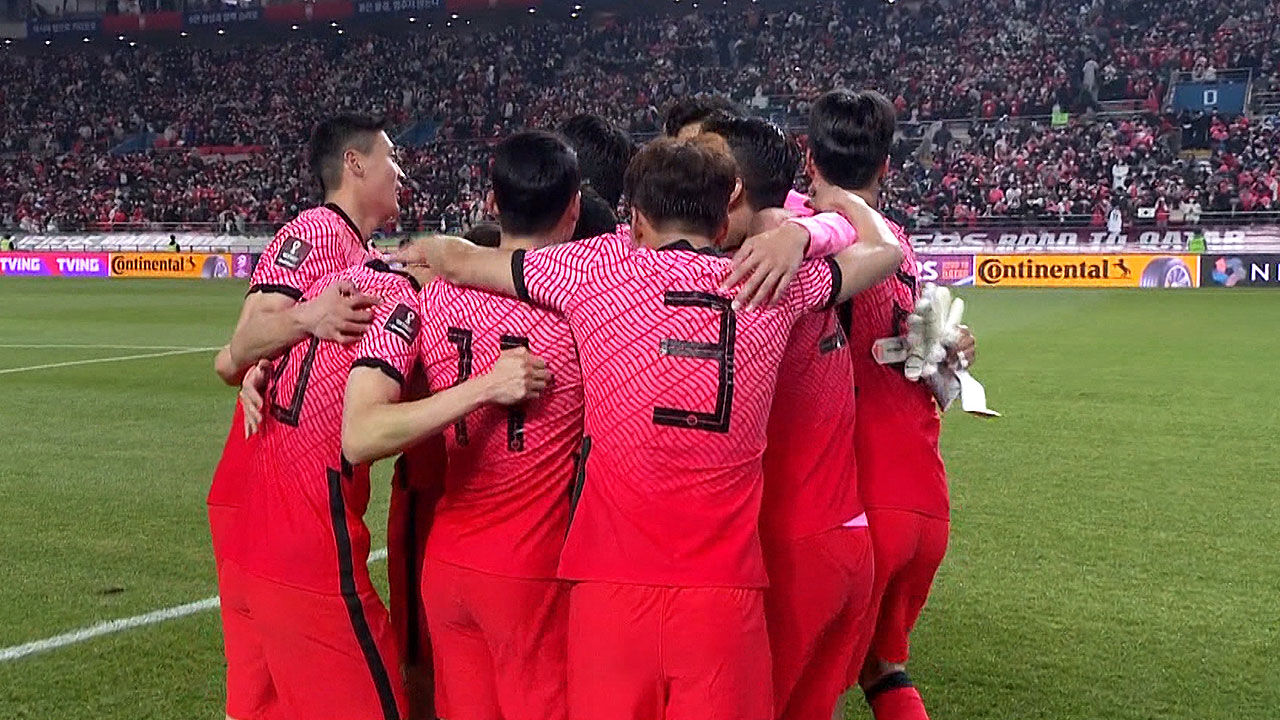 The soccer team, which was confirmed to qualify for the World Cup early, defeated Iran for the first time in 11 years and climbed to the top of the group in the final qualifying round.

60,000 spectators were enthusiastic about the goalless goal of captain Heung-min Son.

As 64,000 spectators gathered at the Seoul World Cup Stadium for the first time in the era of Corona, the fans prayed for a 'victory victory' with one voice.

full audience expressed the joy of going intuition after a long time with the card section, and the Taegeuk warriors responded with a hot game.

The solution was captain Son Heung-min.

A powerful right-footed no-rotation mid-range shot pierced the Iran goal in extra time in the first half, sending the stadium into a frenzy.

It was the 4th goal in the final qualifying round and the first goal in a match in 4 months.

Bentuho, who won the victory, continued to push hard in the second half.

In the 8th minute of the second half, Kim Young-kwon put a wedge.

Hwang Hee-chan broke the flank and passed the ball to Lee Jae-seong, and Kim Young-kwon, who received a one-touch pass, broke the net with a left-footed shot.

While the shouts of the Republic of Korea covered Sangambeol, the national team, which carried out a wave until the end, won a 2-0 victory.

They tasted victory against Iran for the first time in 11 years, and in the final qualifying round, they continued their unbeaten streak with 7 wins and 2 draws, beating Iran and taking the lead in Group A.

[Heung-Min Son/Captain of the soccer team: The shot hit very well, but I think it was a ball that could have been blocked by the goalkeeper.

Since there is one game left, the goal is to achieve the beauty of Yujong well.]

Bentuho departs for Dubai tomorrow (26th) and aims to solidify the lead by winning the final match against the United Arab Emirates on the 29th.