The Chinese team won 2 gold, 1 silver and 2 bronze! It feels like another Olympics!

Without the Olympic Games, the Chinese team still ushered in a wave of brand-winning frenzy!   The Chinese sports scene has been extremely lively in recent days. From the Chinese 4X100m relay team to the famous weightlifter Lv Xiaojun, in just three days, Chinese athletes are expected to make up for 5 Olympic medals, 2 gold, 1 silver and 2 bronze! Su Bingtian's medals are finally here   Take th 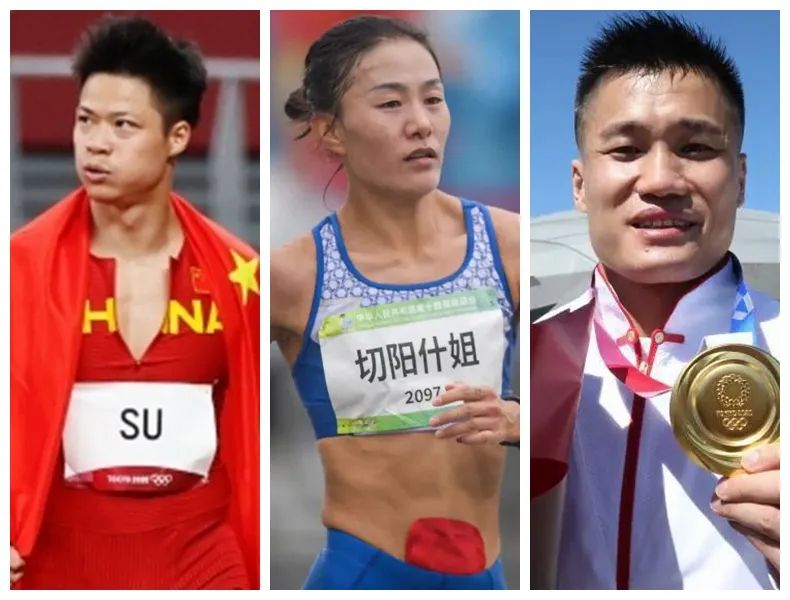 Without the Olympic Games, the Chinese team still ushered in a wave of brand-winning frenzy!

The Chinese sports scene has been extremely lively in recent days.

From the Chinese 4X100m relay team to the famous weightlifter Lv Xiaojun, in

Take the time back to 2 days ago.

On the 21st, Beijing time, according to the World Athletics Federation website, Chinese athletes Su Bingtian, Xie Zhenye, Tang Xingqiang and Wu Zhiqiang all added an honor to their introductions: the Olympic bronze medal,

Image source: Screenshot of the official website of the World Athletics Federation.

On February 18, local time, the International Court of Arbitration for Sport (CAS) issued an announcement on its official website stating that due to British track and field athlete Jijindu-Uja violating relevant anti-doping regulations, the British team was in the men’s 4×100-meter relay at the Tokyo Olympics. will be disqualified and the medals etc. will be withdrawn.

The picture shows the group photo of the Chinese team members after the game. Source: Visual China

It is believed that in the near future, the four will get their own Olympic medals.

Netizens' wish to give Su Bing a medal is getting closer and closer to being realized.

A decade late for an Olympic medal

On March 21, local time, the "Athletics Integrity Committee", an independent investigation agency under the World Athletics Federation, announced that the 2012 London Olympics women's 20km race walking champion and Russian athlete Yelena Rashmanova had her results cancelled due to doping issues.

This means that three Chinese female athletes, Qieyang Shi, Liu Hong and Lv Xiuzhi, won the gold, silver and bronze medals in the 20-kilometer walk in the London Olympics.

However, the Russian players who finished second and fifth in the competition were found to be doping violations in 2015 and 2019 respectively, and their results in the London Olympics were both cancelled.

And after this time it is expected to win the gold, silver and bronze medals, the blessings of netizens are quite warm.

Today, news came that Lv Xiaojun is expected to make up for the gold medal in the Rio Olympics.

The veteran, known as the "God of War", is expected to make up for his inner regrets.

On March 22, local time, the International Court of Arbitration for Sport issued an announcement on its official website stating that due to Kazakh weightlifter Rahimov’s violation of relevant anti-doping regulations, he was arrested during the period from March 15, 2016 to January 18, 2021. All medals, points and prizes will be recycled.

Six years ago in Rio, Lv Xiaojun won the silver medal with a total score of 379 kg in the men's 77 kg weightlifting competition.

In the snatch stage, Lu Xiaojun claimed the world record 177kg for the third time, and he finally successfully lifted it.

However, Kazakh player Rahimov, who was 12 kg behind Lv Xiaojun in the snatch, challenged 214 kg in the clean and jerk stage and successfully lifted it.

He thus broke the world record in clean and jerk and won gold by virtue of his weight advantage.

However, it is quite controversial that in this trial, Rahimov, who "didn't stand firm", still won three white lights.

In the face of the slightly bitter game, Lu Xiaojun's words also showed some unwillingness.

This silver medal has also become a regret buried in his heart.

After nearly 6 years of waiting, he finally realized his dream.

Fairness has always been the pursuit of the Olympic Games, and I believe that time will give a fair answer in the end.

As netizens have said, it is not luck that the Chinese team can make up for the medals, but years of hard training and upholding the spirit of sportsmanship based on fairness on the field.

They constantly surpass themselves and realize their dreams.

We are willing to accompany them and wait for the hard-won Olympic medals!