In Italy, AC Milan retained its leading position in Serie A by winning in Cagliari (1-0) on Saturday. In France, PSG sank against AS Monaco (0-3) on Sunday, infusing the idea of ​​an end… 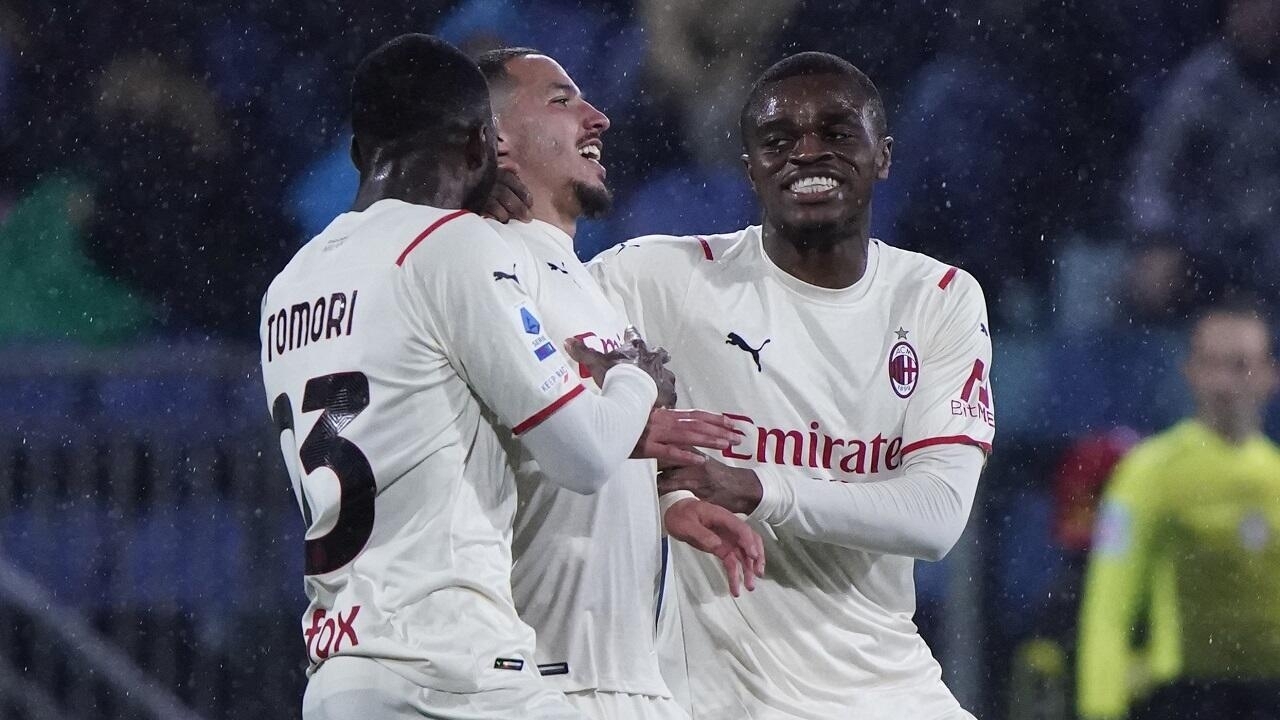 Out of the game, the Parisians delivered a performance close to nothing and left the Rock with a stinging defeat (3-0).

ASM won thanks to a double from Wissam Ben Yedder and a goal from Kevin Volland.

This is the third consecutive defeat for Paris on the move for Ligue 1. This is distinguished by the attitude of the players, absent on the lawn and unable to revolt.

Perhaps a repercussion of the European fiasco against Real Madrid?

Nine days from the end of the championship, PSG's first place is not yet threatened (65 points), but the next few weeks could be complicated.

The direct duel for the podium on Sunday between Olympique de Marseille and OGC Nice turned to the advantage of the Phocaeans, winners at the Stade Vélodrome (2-1) with goals from Arkadiusz Milik and Cédric Bakambu against a goal by Mario Lemina.

This success allows OM to settle alone in second place in the championship (53 points) ahead of Rennes (52 points), who were a hit in Metz (6-1).

At the other end of the standings, Bordeaux is sinking further and further into last place (22 points) after its defeat against Montpellier, which has nevertheless been reduced to nine against eleven.

Serie A: AC Milan still in the lead, Inter stalls again, the Wolf reigns in Rome

Under pressure from Naples, winner of Udinese (2-1) thanks to a double from Victor Osimhen, AC Milan did not tremble on Saturday evening.

On the road to Cagliari, the players coached by Stefano Pioli won (1-0).

A very effective scorer in recent weeks, Olivier Giroud has turned into a decisive passer for Ismaël Bennacer on the hour mark. A way to celebrate his return to the France team, where he will replace Karim Benzema, injured.

The Rossoneri thus retain first place in the championship (66 points) ahead of Naples (63 points), while Inter Milan is still losing ground.

The Nerazzurri conceded a second consecutive draw, this time against Fiorentina (1-1).

With 60 points, the team remains third but feels the breath of Juventus behind them.

The Old Lady beat the red lantern Salernita (2-0) and has 59 points.

Finally, AS Roma easily won the capital derby against Lazio (3-0).

José Mourinho and his players folded the case in the first period thanks to two goals from Tammy Abraham and a third signed Lorenzo Pellegrini.

For his first Clasico at Santiago-Bernabeu in the coaching suit, Xavi signs a great victory.

As in his finest hours when he was a player, his FC Barcelona strolled through the Madrid lair while Real, deprived of Karim Benzema, sank.

The Blaugrana left Madrid with a resounding victory (4-0).

Adrift a few weeks ago, Barça thus came back strong with this fifth consecutive success which brought them back to third place (54 points).

Real Madrid is still far ahead despite this slap (66 points), but Sevilla FC is very close.

The Andalusians still occupy second place (57 points), but they are no longer advancing after a third draw in a row, this time against Real Sociedad (0-0).

The fight for the podium promises to be very contested because Atlético de Madrid is also on a very good phase.

The Matelassiers are in fourth place (54 points) and also remain on a series of five consecutive victories.

Saturday, they won (1-0) on the field of Rayo Vallecano.

Pierre-Emerick Aubameyang scored two goals for Barça against Real Madrid on Sunday March 20, 2022 at the Bernabeu.

Bundesliga: Bayern Munich goes back on the gas

With two draws (1-1) during the 25th and 26th days, Bayern Munich had seen their lead at the top of the German championship reduced to four points.

Perhaps stung by this slight hollow, the Bavarians set the record straight on Saturday against Union Berlin, swept away (4-0).

His young compatriot Tanguy Kouassi then scored his first goal for Bayern.

Then, as usual, Robert Lewandowski found the net twice, further consolidating his status as top scorer in the championship with 31 goals now.

BVB have 57 points, six less than the leaders and nine more than Bayer Leverkusen, third after their victory at Wolfsburg (2-0).

Special weekend in England with, on the one hand, some matches of the 30th day of the Premier League, and on the other hand the quarter-finals of the FA Cup.

In the Premier League, Arsenal pulled out of the game by seeking a victory (1-0) at Aston Villa on Saturday.

The first two places seem inaccessible, but the third, occupied by Chelsea (59 points), is not far away.

In the FA Cup, Chelsea qualified for the semi-finals on Saturday by beating Middlesbrough (2-0).

The Eagles will challenge the Blues in the semi-finals.

In the other two quarter-finals, the logic was respected.

Sunday, Manchester City took the best on the lawn of Southampton (4-1).

Liverpool, for its part, was less comfortable but ended up winning at Nottingham (1-0).

Cityzens and Reds will meet in the semi-finals.