Tottenham Hotspur's Son Heung-min scored two goals in the match against West Ham in the English Premier League, leading the team to victory. Son Heung-min jumped up to tied for second in the league in scoring with his 12th and 13th league goals and two goals. 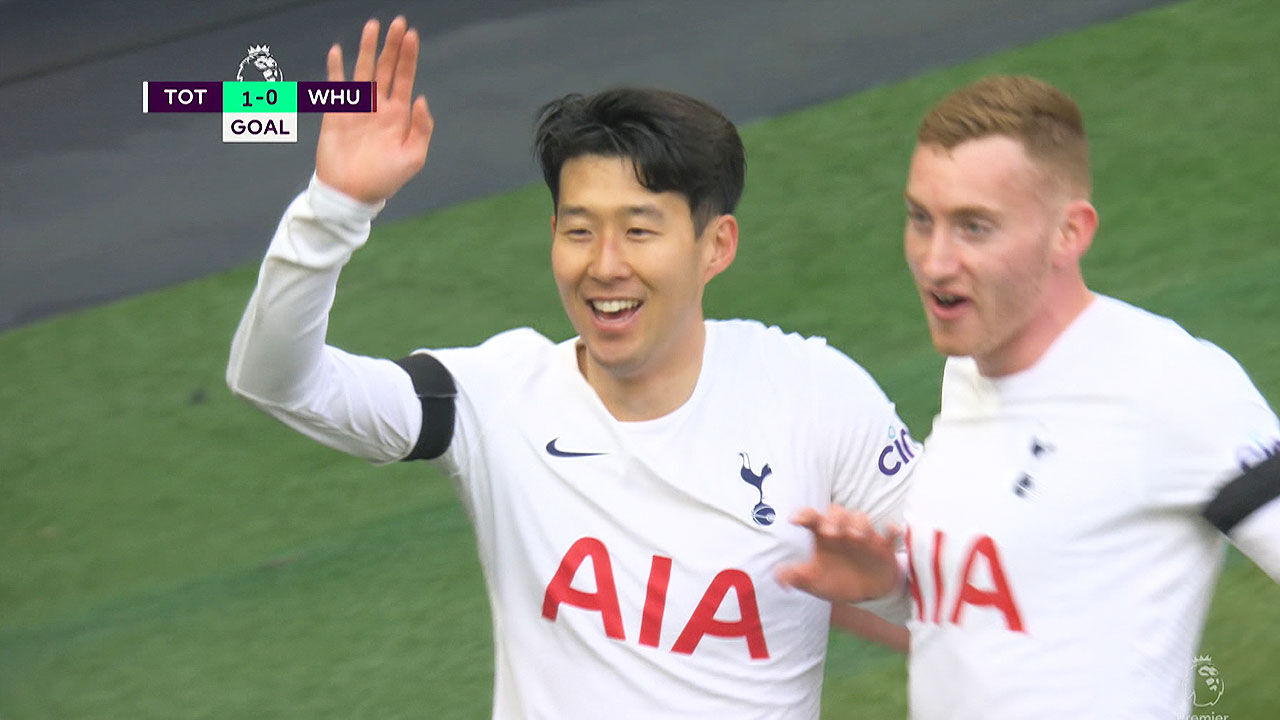 Heung-Min Son of Tottenham Hotspur in the English Premier League scored two goals in the match against West Ham, leading the team to victory.

Son Heung-min jumped up to tied for second in the league in scoring with his 12th and 13th league goals and two goals.

This is reporter Jeong Hee-don.

It was a game where Son Heung-min's perfect performance shined.

Son Heung-min, who worked diligently on the ground from the beginning, induced the opponent's own goal in the 9th minute.

Harry Kane's sharp cross hit West Ham's Kurt Zuma, who was trying to stop Son Heung-min in front of the gate, and went into his goal.

Son Heung-min, who continued to score, scored an additional goal in the 24th minute of the first half.

He scored his 12th goal in the league with a strong left-footed shot from a pass from Kane.

West Ham were behind 2-0, but Ben Rama made up for a goal in the 35th minute of the first half, but Tottenham continued the lead in the second half.

Son Heung-min scored one more goal with the help of Kane in the 43rd minute of the second half.

Kane headed the ball, drove it to the door, and finished with a right footed shot.

Heung-Min Son, who scored two goals in league 12 and 13, jumped up to tied for second in scoring, and also scored his 39th goal with best friend Kane to keep the top spot in this category.

Son Heung-min was replaced with a standing ovation from home fans during the extra time in the second half, and coach Conte expressed his gratitude with a warm hug.

[Heung-Min Son: There were a lot of scoring opportunities, and I am very happy that we got three really important points before the break in match A.

After this match, Son Heung-min is on his way home and is scheduled to play against Iran in the Qatar World Cup final qualifier to be held in Seoul on the 24th.