FC Barcelona mocked its traditional rival, Real Madrid, after winning it 4-0 on Sunday evening at the Santiago Bernabeu Stadium in the 29th round of the Spanish Football First Division. 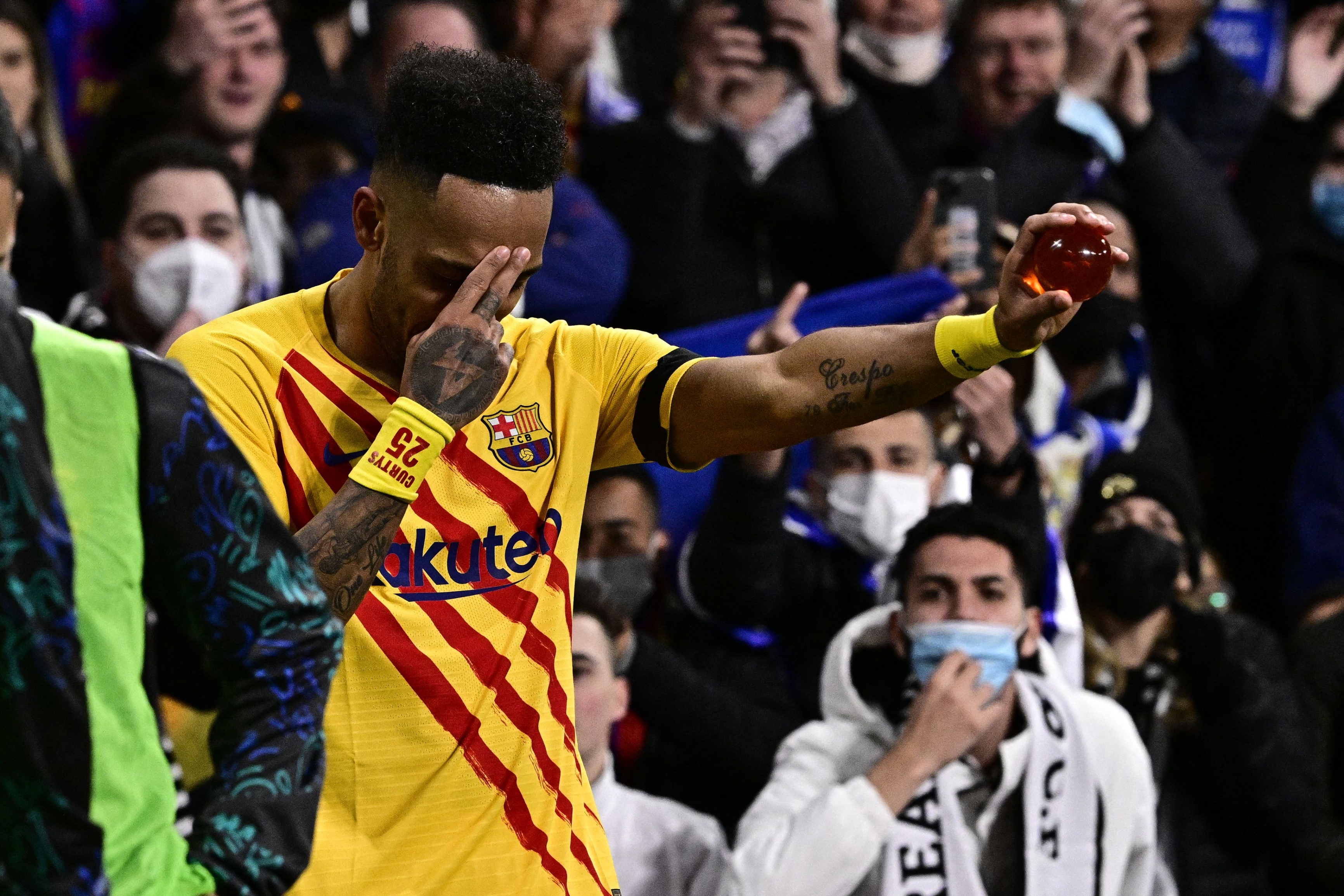 FC Barcelona mocked Real Madrid's traditional rival, after winning it 4-0 on Sunday evening at the Santiago Bernabeu in the 29th round of the Spanish Football First Division.

And the official website of Barcelona published on its official page on Twitter a picture of the team’s joy, and wrote on it, “On the right, oh, Ray.” In another tweet, the Barcelona website wrote, “The time has returned tonight.

The crowd who filled the Santiago Bernabeu watched the match in silence as Barcelona, ​​which has developed greatly under new coach Xabi Hernandez, dominated the confrontation from the start.

Osman Dembele and Ferran Torres showed Real Madrid's defensive problems on both sides of the field, and Barcelona opened the scoring in the 29th minute with a header from Aubameyang following a cross from Dembele.

Barcelona maintained its rhythm against Real Madrid, who lacked discipline and vitality, and strengthened their lead with another goal from defender Ronald Araujo, after a cross pass from a corner kick by Dembele.

Ancelotti tried to change the situation, making two changes during the break, but Barcelona added the third goal in the first minute of the second half with a shot from a difficult angle by Torres after a back-heeled pass from Aubameyang.

Barcelona had several opportunities to increase its progress, but Real Madrid goalkeeper Thibaut Courtois saved his team from further humiliation.

With Real Madrid at the top of the standings with 66 points, it was unlikely that Sunday's summit would determine the fate of the Spanish League title race.

But it was a matter of honour, and Barcelona showed that their recent comeback was real.

After the fifth consecutive victory in the league, Barcelona is in third place with 54 points and has an additional game remaining, three points behind second-placed Sevilla.

After dropping to ninth place in the standings when Ronald Koeman was sacked in October, Barcelona has been revived under Xavi.

Barcelona have been unbeaten since losing after extra time to Athletic Bilbao in the King's Cup on January 20, scoring 24 goals in their last seven league matches.