No memory of football .. Suarez and Fabregas denounce the booing against Messi and Neymar

Luis Suarez and Cesc Fabregas defended their friends and former Barcelona teammates, Lionel Messi and Neymar, after they were booed by Paris Saint-Germain fans. 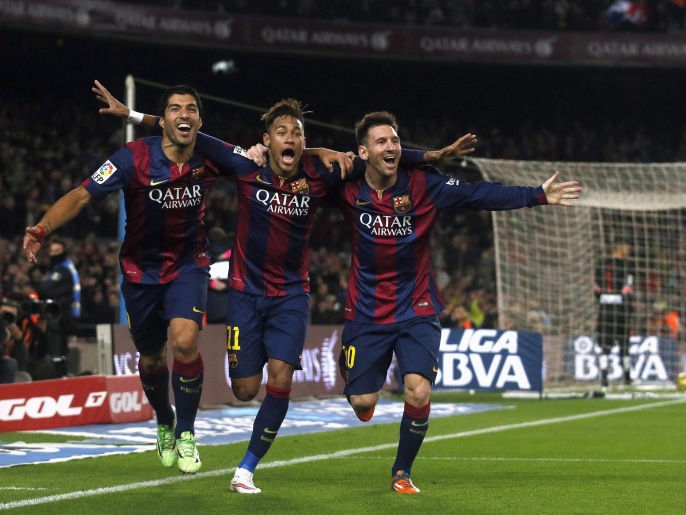 Luis Suarez and Cesc Fabregas defended their friends and former Barcelona teammates, Lionel Messi and Neymar, after they were booed by Paris Saint-Germain fans.

Yesterday, Sunday, Messi and Neymar were booed by fans present at the "Park of the Princes" stadium in the first match for Paris Saint-Germain after the disappointing exit from the Champions League final price at the hands of Real Madrid.

Luis Suarez offers his support to former teammates Neymar and Messi on Instagram.

Suarez shared, on the "Daily Stories" feature through his personal account on the Instagram website, a picture with his two friends, and attached it to the comment, "As usual, there is no memory of football. Always with you Messi and Neymar. I love you so much."

Football has no memory whatsoever… it's a shame.

Always with you brothers 🙏🏻

As for Monaco midfielder Fabregas, he posted a tweet on his personal account on Twitter during the Saint-Germain match against its guest Bordeaux, saying, "There is no memory of football at all, it is a shame. Always with you, my brothers."

Despite the whistles throughout the match, Brazilian Neymar managed to score a goal in the match, which Paris Saint-Germain won over its guest Bodou 3-0.