Timrå hooks on in the bottom battle after victory

Timrå IK took three lead-heavy points in the bottom battle at home against Örebro. An Örebro that had five straight victories against Timrå. The match ended 3-1 for the home team. 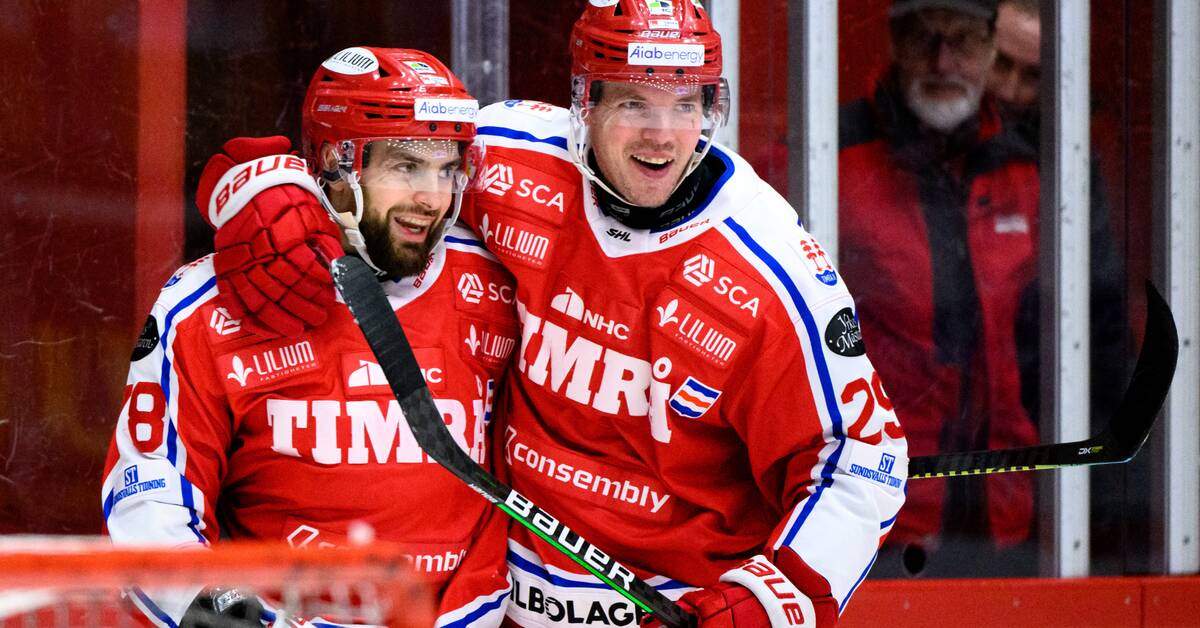 The home team came from a heavy 5-1 loss away against Djurgården and Örebro lost away against Färjestad with 2-1.

The match started evenly and the first period ended goalless.

In the second period, it did not even take a minute before it rattled behind the net.

Timrå took the lead through Jacob Blomqvist who shot right after a backhand pass by Erik Andersson.

The third and final period also started with a goal immediately, but this time it took a minute and eleven seconds, then Örebro had equalized through Libor Sulak.

With just over nine minutes left, Timrå again took the lead through Pontus Åberg, his first goal in 2022. Örebro tried to equalize and created a number of dangerous goal chances but the guests did not go further than that.

Timrå was then able through Robin Hanzl to put the puck in the empty net, 3-1 to Timrå which was also the end result.

Both Djurgården and Malmö each took victory in tonight's round, which means that Timrå is still last.

After the win against Örebro, Timrå now has three straight home matches, Oskarshamn will visit on Saturday and Örebro will go to Stockholm to take on Djurgården.