The "mental strength" of the historic Benzema and Pochettino's indignation: "VAR is a shame"

"Real Madrid is alive". Karim Benzema's phrase once the surreal and historic match against PSG was over reflects what was experienced at the Santiago Bernabéu. The... 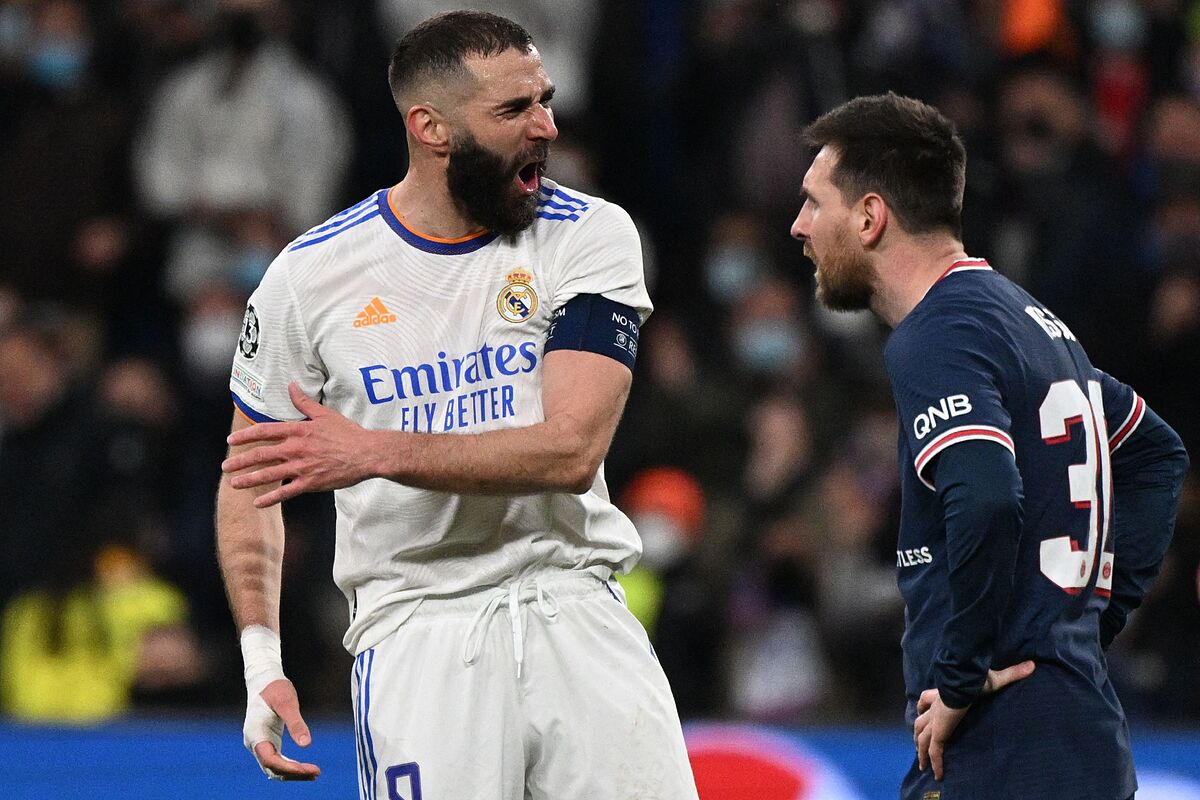 Karim Benzema's phrase once the surreal and historic match against PSG was over reflects what was experienced at the Santiago Bernabéu.

The white team, half dead after

's 0-1, rose from the ashes encouraged by the inferno of Chamartín, in one of the best atmospheres in its history.

took the Madrid captain to turn around a tie that had Madrid on the precipice, hanging towards infinity, held only and exclusively by a simple and weak branch.

Enough to wake up, grab the mountain and climb it to an unthinkable peak.

"We needed to see the fans like this, the victory is for them," said Benzema.

"It was being very hard. We had lost in the first leg, we were losing at the break... But this is a Champions League match. The comeback fell due to a matter of mental strength", added the '9', who made history by beating

in total goals with Madrid and in goals in the Champions League.

While the number '7' scored 66 in the continental competition, for the 67 that Benzema saves from tonight.

The "mental strength" that the man from Lyon spoke of came to a boil after the tie, the 1-1 that gave hope to the stands and the team.

A pressure from Karim on Donnarumma, a charge, a pass from

and a definition from the Frenchman to the nets of the Italian goalkeeper.

A move "that changed the game", declared

The Argentine was very angry with the referee and with the VAR when he understood that there was a lack of Benzema on the goalkeeper.

"It was pressure," the Frenchman defended himself.

"VAR is a shame. There is a foul. That goal changed everything and it is impossible not to talk about that mistake," he harshly criticized the microphones of Canal Plus France.

At the end of the game,

, who had had a friendly meal with

Pérez in Zalacaín, went down to the locker room screaming and tried to bang on the door of the referees' locker room, as confirmed by this newspaper.

Being arrested by several people, including a Madrid employee who was recording the scene, the sheikh yelled at him "I'm going to kill you!".

, also beside himself, demanded explanations.

"It is difficult to accept and it is incredible that this happens in 2022," added Pochettino annoyed.

On the other side of the Bernabéu tunnel,

The Italian, who ended up walking through the center of the field to applause and jumping with his coaching staff, couldn't believe what he had experienced: "This team has something fantastic, a different kind of magic. I haven't had many nights like these. It has been unforgettable".

were the focus of the questions, leaving their coach almost speechless, who stressed that "in the last 30 minutes there was only one team on the pitch".

"Benzema got injured, he's back and he's fantastic. And Modric, I don't know what else to say. Sometimes I put him more to the right, other times to the left... And he always delivers."

ChampionsBenzema: "I'm always willing to push for my team"

LaLigaEl Madrid and the lessons for Paris: Marcelo, the pressure, Bale and "the coach's hand"