Loss of a place in the ranking and problems with the organization of fights: how sanctions will affect Russian boxers

Leading international boxing organizations have taken tough measures against Russia. From now on, it is forbidden to hold title fights for both world and regional belts on the territory of the country, and domestic athletes will soon be excluded from all ratings. How such sanctions can affect the career of Dmitry Bivol, Artur Beterbiev and other stars - in the RT material. 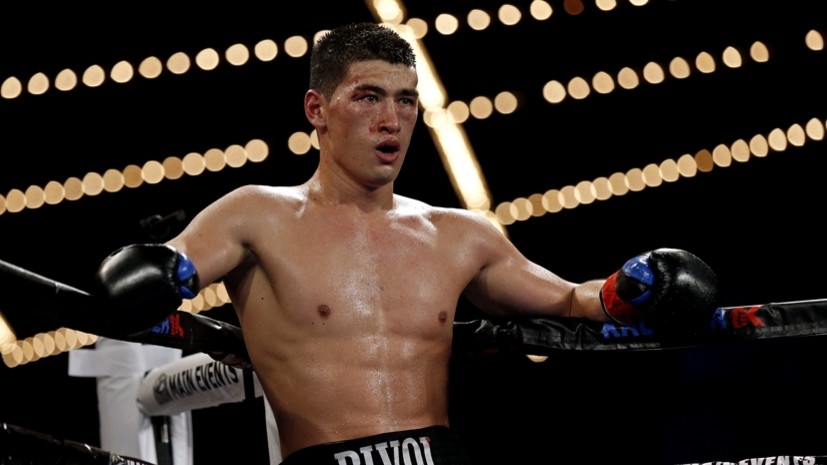 In the outgoing week, the leaders of the vast majority of international federations practically isolated domestic athletes from the rest of the world (including Paralympic athletes), and Russia itself was deprived of all significant meetings and tournaments.

First, the sanctions were reported in the World Boxing Association.

In connection with the current situation, the Russians were excluded from the weight category ratings, and they were also forbidden to use the flag and anthem.

The reigning champions retained their titles, but their status could also subsequently be reviewed by a special commission.

At the same time, the WBA reserved the right to exclude from the ranking table any athlete who speaks in support of military operations in Ukraine.

WBC, WBO and IBF published a joint press release with the results of voting on the introduction of special measures against Russian boxers.

Two proposals were put on the agenda - a ban on holding title fights in Russia and the exclusion of local athletes from all ratings.

Both were supported by an absolute majority.

Thus, those who now occupy a leading position in world boxing are in a difficult position.

Among them are light heavyweight belt holders Artur Beterbiev and Dmitry Bivol, as well as regular champion in the first welterweight division Radzhab Butaev.

At the same time, the last two were a little more fortunate.

Both hold WBA titles and should not lose them anytime soon.

At the same time, it cannot be argued that the agreements on the fight between Bivol and Saul Alvarez will remain in force.

The parties have already announced a superfight, but the WBA statements may well make adjustments to the promoters' plans.

So, the company "World of Boxing" refused to comment on this topic.

The situation is changing every day, and it is possible that the Canelo team will decide to refuse to meet the Russian and look for another opponent.

Although the manager of the fighter remains optimistic.

“Dmitry and the team are now on their way to Los Angeles.

An official press conference will take place in a few days.

He will then begin the second phase of his training at our training facility in Indio, California.

The fight between Bivol and Alvarez remains in force at the moment, as well as the next fight of Rajab Butaev, ”Vadim Kornilov explained to Match TV.

In the case of Beterbiev, everything is more complicated.

He owns the WBC and IBF belts - organizations that also advocated the exclusion of Russians from the ratings, but at the same time did not specify whether these sanctions would affect the champions.

But even if Arthur continues to hold trophies, his fight with WBO title holder Joe Smith Jr. is still a big question mark.

In mid-February, the head of the Top Rank promotional company, Bob Arum, stated that the unification fight was scheduled for June, but in the current situation, everything is not so clear.

If some may suffer from sanctions in the future, others have already felt their effects on themselves.

We are talking about Evgeny Tishchenko and Magomed Kurbanov, who were supposed to take part in title fights in March.

The first one had to fight with the WBA world champion in the first heavyweight Riyad Merkhi, and the second one - to defend the WBO International belt in the first middle category in a duel with Patrick Teixeira.

“The tournament, which we planned for March 26 in Yekaterinburg, will be rescheduled.

Both Tishchenko and Kurbanov will have their fights later.

We are in touch with the management of all boxing federations and will return to organizing fights as soon as possible,” said German Titov, CEO of RCC Boxing Promotions.

At first glance, it seems logical to transfer fights with the participation of Tishchenko and Kurbanov abroad - to countries that have the right to arrange fights for the belt.

For example, in the UAE, where the battle between Bivol and Alvarez can take place.

The only question is whether this will suit the athletes themselves and their promoters, who hoped to organize duels with their participation at home.

For example, international featherweight champion Albert Batyrgaziev does not plan to do so.

“Albert’s fight is planned for the end of March - the beginning of April, now the dates are being agreed.

It should take place in Saransk, we are agreeing on which channel will broadcast it.

The fight was planned with the defense of the IBF title, but due to recent events, it will be just a rating, ten-round one, ”Olympian coach Eduard Kravtsov told TASS.

Another Russian boxer found himself in a difficult situation, who already in 2022 could claim the trophy.

Thus, he not only got the opportunity to take revenge on Devin Haney, but also to win the world title.

It is worth noting that this battle would initially have been difficult to arrange due to the desire of the American to face off against George Kambosos, but now the chances of seeing it in the near future will tend to zero.

However, if Tishchenko, Kurbanov and Abdullaev hold regional titles and, in theory, can receive an invitation to fight abroad, where a fight with their participation will be sanctioned, then lesser-known colleagues may lose the opportunity to compete at a high level.

In Russia, they will not be able to fight under the auspices of the main associations, which will drastically reduce the chances of testing themselves in a duel with decent opponents, and an offer from abroad is unlikely to come.

Thus, they are doomed to enter the ring against not the most famous opponents, which will seriously slow down the development of their career.