Al Ain, Al Wahda and Sharjah... the most convincing of the "mentality of players and coaches"

The competition for the ADNOC Professional League title was largely limited to the leaders Al Ain, and the runner-up Al Wahda, with a slight chance for the third team, Sharjah, nine points away from Al Ain. The three teams are the most convincing so far in the season, as it appeared in Round 17 finally, which will make the word 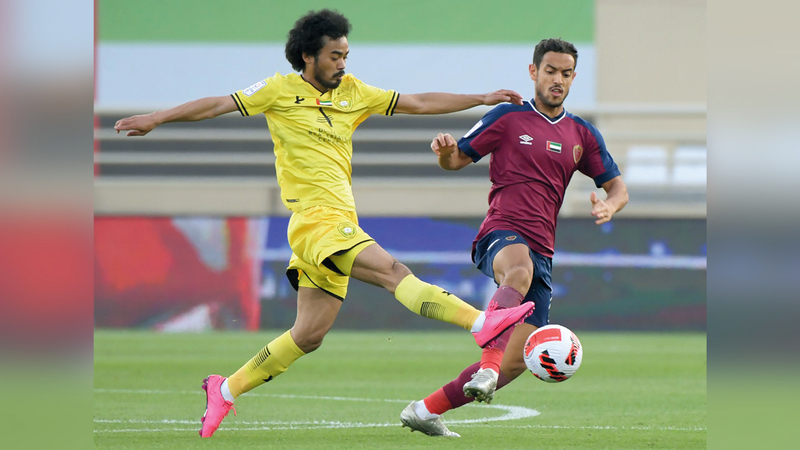 Khaled Obaid: Victory is a mystery that needs urgent intervention... And round 17 "the best technically"

Al Ain, Al Wahda and Sharjah... the most convincing of the "mentality of players and coaches"

The competition for the ADNOC Professional League title was largely limited to the leaders Al Ain, and the runner-up Al Wahda, with a slight chance for the third team, Sharjah, nine points away from Al Ain.

The three teams are considered the most convincing so far in the season, as it appeared in Round 17 recently, which will make the final word during the confrontations between them.

The three teams continue their series of victories steadily, as Al-Ain strengthened its lead with 42 points, after beating Kalba with two goals without a return, and its players showed great focus and determination in every match, and the opportunity will be available to him to achieve a new victory in the next round, when he hosts Al-Uruba, the penultimate place holder. And that is before the expected confrontation that brings him together in Al-Wehda on March 12th.

On the other hand, Al Wahda continues its victories, and won an important victory over Al Wasl 2-1, despite some defensive mistakes that resulted in two penalty kicks for Al Wasl, which could cost him a lot when he faces a strong attack like Al Ain.

On the other hand, Sharjah snatched a 1-0 victory over Shabab Al-Ahly, with the mentality of Romanian coach Cosmin, and because of a violent and incomprehensible intervention from Al-Ahly youth player Abdullah Al-Naqbi, in the last moments of the match, and caused the penalty kick that Sharjah scored the only goal of the match, To confirm the crisis experienced by Al-Ahly youth this season, after bidding farewell to two championships, and moving away from Al-Ain and leading the league, leaving him only to compete for the League Cup title.

Far from the top, victory appears disappointing again, and suffered a historic loss against Khorfakkan with a clean four that proved the team's crisis, which suffers from instability in results, and Baniyas succeeded in achieving a comfortable victory over Al Dhafra to keep the latter in the danger circle with Al-Uruba and the Emirates team, as Kalba is looking On the results of last season, after he faced many problems this season that affected his performances.

Four answers were monitored, namely the history of the confrontations, Cosmin and Mahdi, the arrangement of the two teams, and the euphoria of the Sharjah fans.

The final rounds are coming

Technical analyst Khaled Obaid confirmed that the victory team has become a puzzle for critics and the public, and indicated that despite the change of the board of directors, the team still needs a lot of work, and he told "Emirates Today": "Losing victory from Khorfakkan by four is strange, with all due respect to Khorfakkan." Victory in its history is not lost by four, and there must be a pause and urgent intervention.”

He added: “The 17th round is the best technically, as there has become a strong competition at the forefront between three teams, and at the bottom between three teams fighting to escape the danger of relegation, while the decisive rounds are coming, so Al-Ain still has difficult confrontations and the players must deal with them differently, and this What will appear when Al Ain meets strong teams such as Al Wahda, Al Wasl, Shabab Al Ahly, Sharjah, Al Jazira and Al Nasr, all of which are difficult matches against Al Ain that must be dealt with carefully.”

He also pointed out that the increase in public attendance contributed to raising the technical level.

To view the top scorers, team standings and results of Round 17,