The XV of France outclassed Scotland (36-17), Saturday, during the 3rd day of the 2022 Six Nations Tournament, consolidating its place as leader with this third consecutive victory. It remains to beat the… 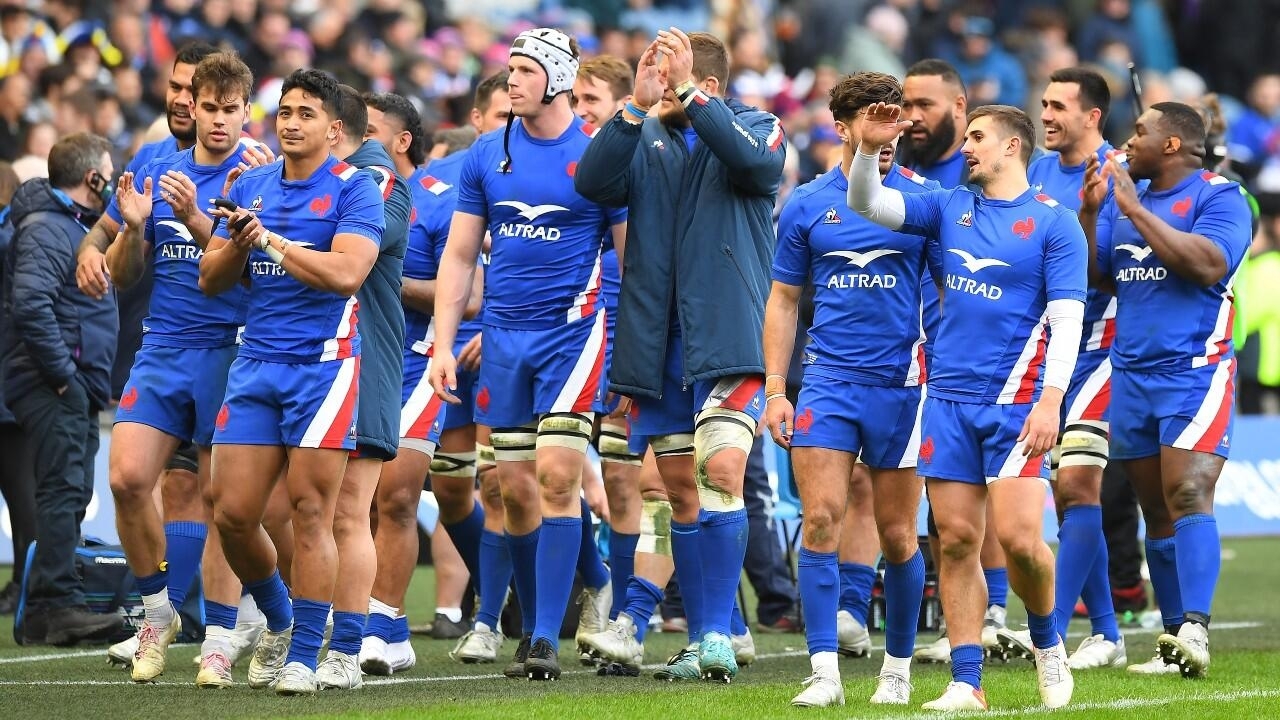 A clear round in three games.

The XV of France continues its journey and remains undefeated in the 2022 Six Nations Tournament by largely disposing of Scotland at Murrayfield (36-17), Saturday February 26, during the 3rd day.

The Blues, who have yet to travel to Wales and then receive England, can still hope to win their first Grand Slam since 2010.

They won at Murrayfield for the first time in the Tournament since 2014 against an opponent who had been bothering them since the appointment of Fabien Galthié (two defeats, one victory).

The last time France launched its Tournament with three consecutive victories, during the 2020 edition, the first for coach Fabien Galthié, Antoine Dupont's teammates ended up falling on the 4th day and finished in 2nd place .

>> To read: Six Nations Tournament: "The Blues are counting on an exceptional generation"

The road to a first Grand Slam in 12 years now passes through Cardiff on March 11.

Before the final coronation, at home, against England?

Before thinking about that, the XV of France did the job against Scotland, striking a blow and resisting the lack of precision of their striker Melvyn Jaminet (8 points dropped en route).

As against Ireland 15 days ago, the Blues got off to a flying start, with two tries in the first quarter of an hour.

Apart from the match against Italy, where Anthony Jelonch only flattened in the 26th minute, Ireland (Antoine Dupont 2nd) and New Zealand (Peato Mauvaka 3rd, Romain Ntamack 12th) had also recently yielded to the rapid assaults of the XV of France.

Since the arrival of Fabien Galthié on the bench of the Blues, after the World Cup-2019, they have even scored 21 tries in the first 20 minutes of the meetings.

But, contrary to the meeting against the Irish, they did not give up afterwards.

They bent without breaking, to the point of cracking the Scottish building.

These Blues remain far from the greatest French success in Edinburgh, a 51-16 rout which dates back to 1998. But they have shown that they are armed to win.

Monstrous in defense, they were also a bit lucky, especially when Melvyn Jaminet (27th) and Cyril Baille (29th) are only sanctioned with a penalty for faults - an aerial percussion for the back, a high tackle for the pillar - who could have deserved more.

And they were even more varnished when Stuart Hogg committed a forward on a breakthrough from Duhan van der Merwe while the back had the field wide open (38th).

Three victories in a row, players full of talent, a bit of luck, the mark of champions?