Udinese imposed a 1-1 draw at Milan, the leaders of the Italian football league, to leave the door open for Inter to return to the top, but the latter refused the gift and tied with Genoa without goals to waste the precious opportunity. 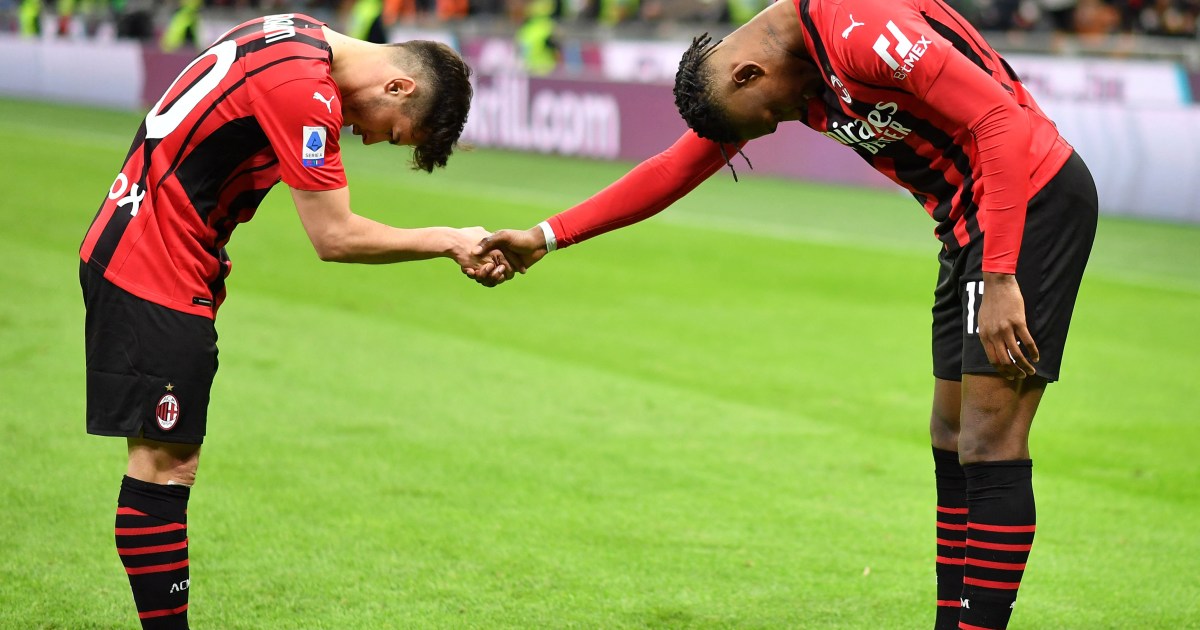 Udinese imposed a 1-1 draw at Serie A leaders Milan on Friday, leaving the door open for Inter to return to the top, but the latter refused the gift and a disappointing draw with Genoa without goals, wasting the precious opportunity in its struggle to preserve the title.

After 27 rounds, Milan leads the Italian league with 57 points, two points behind defending champion Inter, who played a game less (has a game in hand) and outperforms the goal difference, so he would have taken the lead if he beat Genoa.

Genoa raised its score to 17 points, in the 19th, penultimate position.

Udinese was the better party in the first half, but it was the league leaders who took the lead in the 29th minute, taking advantage of their only good attack in this half, and Portuguese striker Rafael Leao shook the net.

The visiting team continued to press after the break and deservedly equalized through Destiny Odoji in the 66th minute.

Liao had a dangerous chance to snatch the victory late, but his attempt was scattered by the opponent on the goal line, amid deep frustration at the San Siro stadium with Udinese continuing to appear more dangerous until the final whistle.

Udinese climbed to 14th place with this tie.