SHL's points king Ryan Lasch showed the class away against Leksand. With three assists and the decisive goal in overtime, he became the match hero in the 5-4 victory. 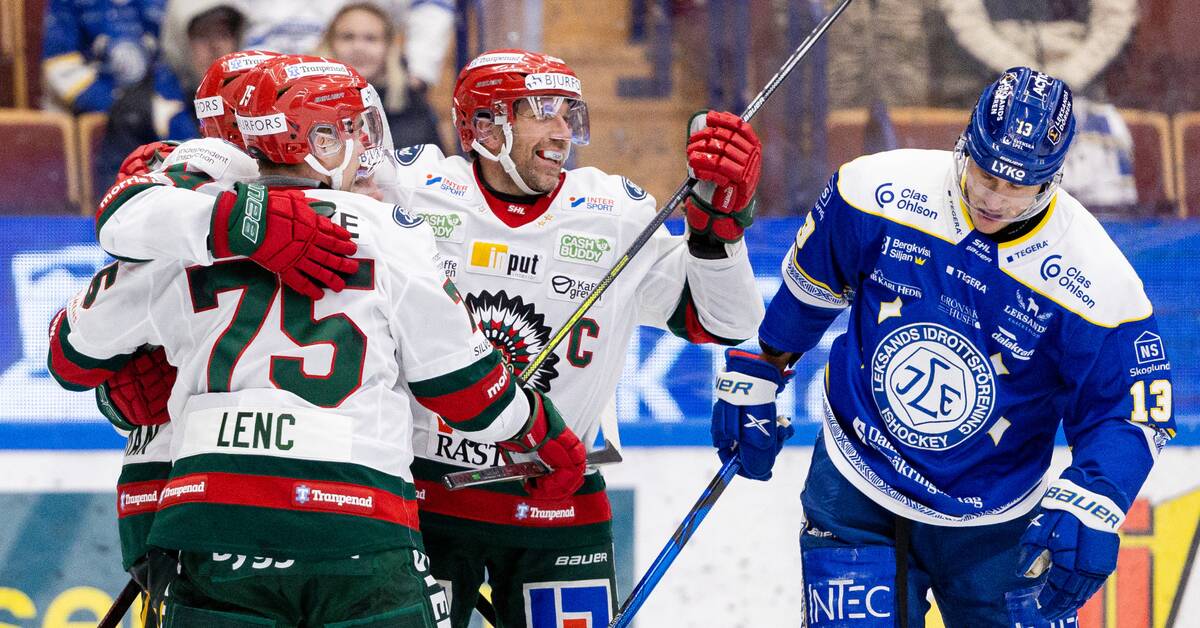 Ryan Lasch ended up in the points record immediately.

Three minutes into the match, he played strong Elmer Söderblom who took care of his own return and gave the guests the lead with his 18th goal of the season.

However, Leksand would equalize six minutes into the middle period through 17-year-old Lian Bischel's first SHL goal in his career - and then take the lead through Patrik Zackrisson.

The team kept a steady pace in the goal record and the whole thing developed into a great drama.

In the end, however, leaned towards a Leksand victory after Calle Själin made 4-3 just over six minutes into the third period.

But Frölunda pushed forward - and got paid for the effort.

Roger Rönnberg picked up the goalkeeper and they pushed forward.

Then Ryan Lasch circulated in the attack zone and found Joel Lundqvist who shot straight in 4-4 with less than a minute left to play.

Ryan Lasch had so far made three assists in the match, but in the extension he also had to score - even though it was meant as a pass.

The American tried to play the newly acquired Radan Lenc but instead the puck was controlled on a Leksand defender and into the goal for the final result 5-4.