Carlos Alcaraz enters the Top 20 of the ATP and promises war: "I see myself prepared"

The Spaniard Carlos Alcaraz, who won the second title of his career in Rio de Janeiro, acknowledged feeling ready to be part of the elite of the ATP circuit. 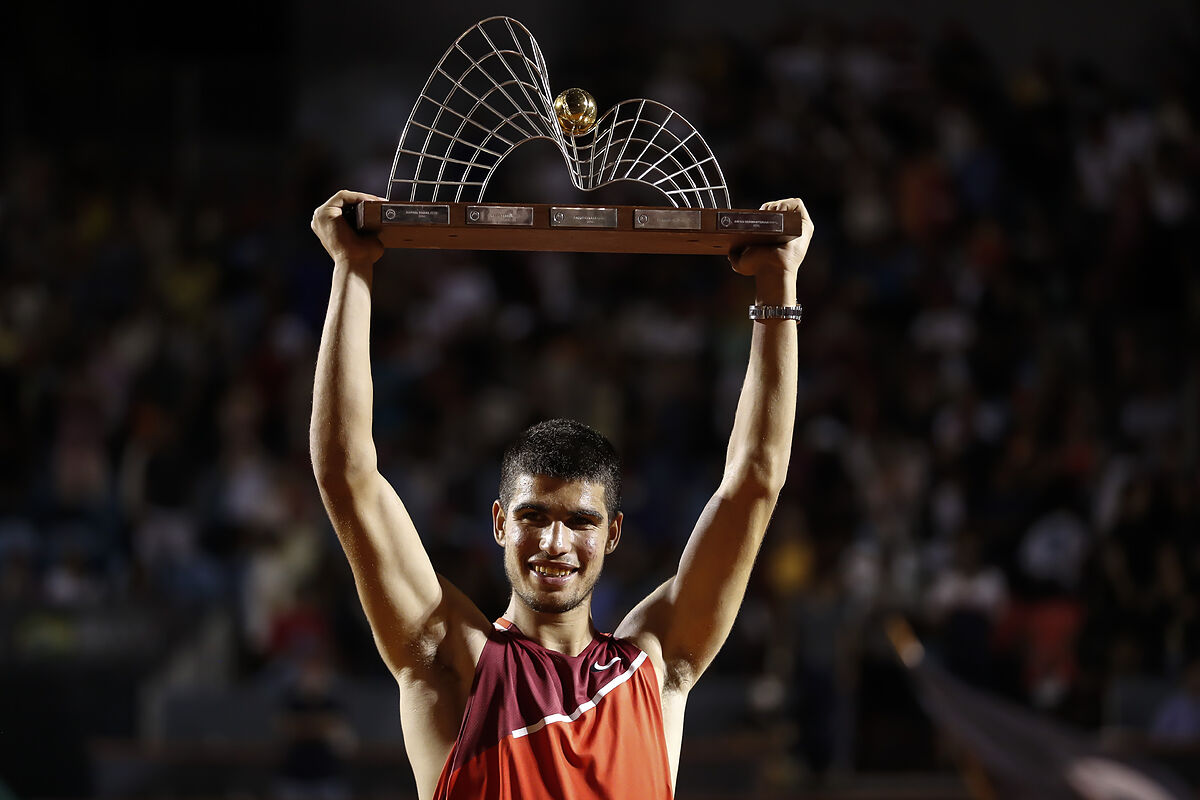 the second title of his career in

ready to be part of the elite of the ATP circuit

and the youngest to win an ATP 500, will be part of the top twenty in the world after beating Argentine

It has taken less than a year for Alcaraz to break into the top 20 since he entered the top 100 in May of last year.

"I see myself ready to reach that level. I feel in a great moment and

," said Alcaraz on the track after securing the second title of his career after triumphing in Umag in 2021.

At the end of January of this course he was already part of the top thirty in the classification.

Now he is among the top twenty on the circuit.

"I hadn't played on clay for a long time and I think I played a good game.

I played at a high level

and I enjoyed it," added Carlos Alcaraz.

The Spanish tennis player did not give Schwartzman an option.

"The key has been how

I have been able to vary the blows

. I knew that it was what I had to do and what was going to give me the victory", added Alcaraz.

"It has been complicated. Despite the difficulties, it has been a spectacular tournament that is worth coming to and I plan to come for more years.

I have no words

to describe what I have experienced from the first game to the last. I have felt at home" Alcaraz said that he had to play two games in one day before reaching the final because of the rain that interrupted the program.

TennisCarlos Alcaraz knocks down another door: he wins in Rio and becomes the youngest to win an ATP 500

Australian Open Carlos Alcaraz, eliminated in the third round of Australia after a tough battle against Berrettini