Barça finds its spring in Mestalla

The spring of Barça that Xavi draws emerged in Mestalla. First signs of a thaw that is neither definitive nor the end of the long winter that erases all traces of... 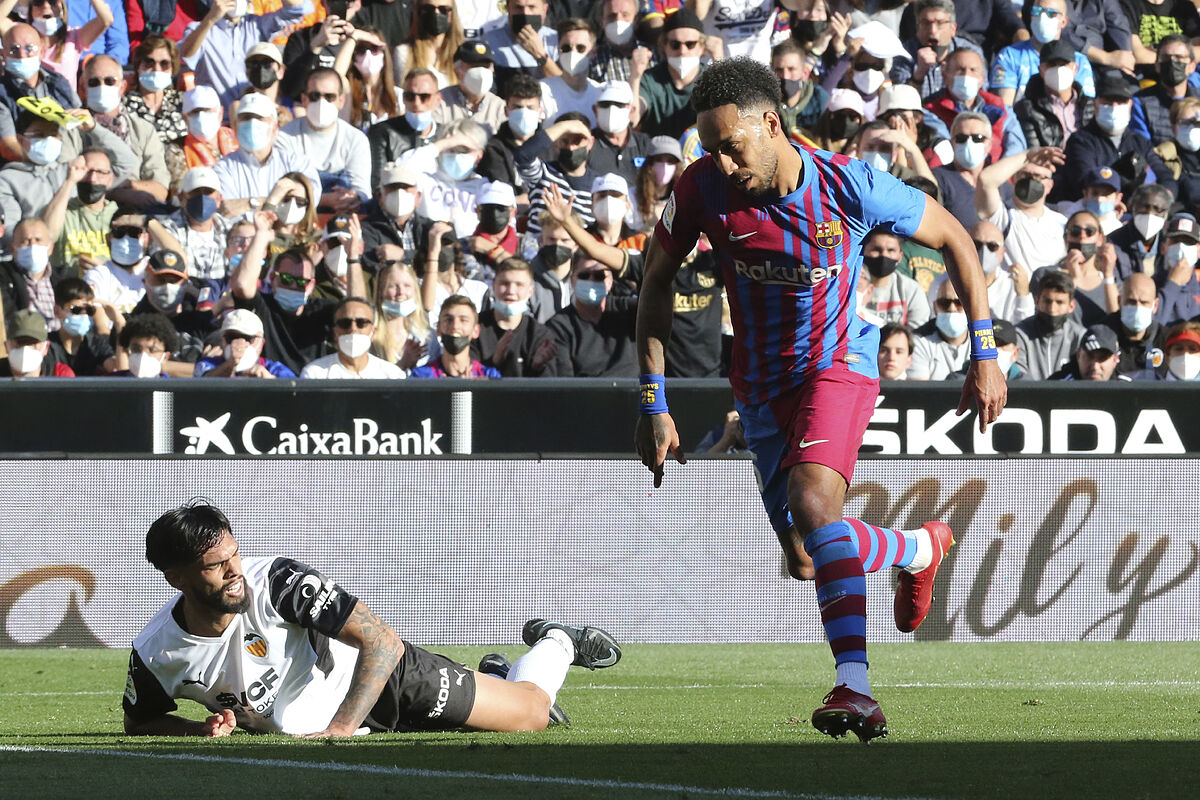 First signs of a thaw that is neither definitive nor the end of the long winter that erases all hints of fragility, but that allows us to glimpse a less cold future.

, without football or magic or surprise and condemned to wander in the middle of the table due to the weight of their own mistakes.

It was not even a duel of styles, of two ways of understanding life on the pitch, because Barcelona's determination to hold on to the good treatment of the ball soon found a goal and served to quickly annihilate Valencia's intentions just to stay alive.

is not a blank weapon and he showed once again that he moves like an undetectable ghost against clumsy defenses.

and then Gavi served him the second taking advantage of the

Xavi, in a predictable defiance of the board's spokesman, lifted the Frenchman's punishment showing that he never believed that he was eternal.

He gave him the title so that, among the goals of his friend Auba, he would give another one to

They were 70 minutes of redemption that contributed to a culé awakening against an incapable rival.

In the midst of a debate on the legal way to annoy rivals,

Valencia does not even have a clear script.

Just in case it bleeds out

He tried to survive Barça by leaving the ball to Busquet and betting on winning the individual duels in outings.

Gayà did it against Dembélé, Foulquier against

, whom he unhinged, and Alderete with Aubameyang.

The first one was forgotten to turn around in attack, the other won the entire match, condemning the former Valencian player to move constantly in attack.

But the one who lost it without honor was the Paraguayan, and with him the game, which Bordalás' central defenders never knew how to read.

Nor the midfielders, diluted before the management of the captain and Gavi.

The Valencian danger only arose from the left flank, from Gayà's careers, who ended up injured, and, above all, from the talent and nerve of

The Cadiz is today the only illusion of Mestalla.

It cost little for Barça to get into

's networks without the locals being able to take advantage of their weaknesses or doing so in plays that did not go up on the scoreboard.

They saw it easier after the break, when Bryan Gil misled Dest and put a perfect cross at the head of

to beat a nervous

Valencia still had the opportunity to cut the bulky marker with a shot that licked the post.

Then Xavi saw the same mistakes that have condemned him in other games.

He looked at his bench and found Pedri.

The canary was the break that a game that was beginning to go crazy and that Barça could not allow ended up in an exchange of blows needed.

He took control, hid the ball, protected it, clarified the game and, in addition, increased the advantage with a shot from outside the area that surprised Valencia's Georgian goalkeeper.

There was no longer any pressure to bear because

in the middle of the storm a lighthouse appeared

Valencia wanted to recover, take a breath and throw himself into running, even if it was crazy.

He overturned Bordalás to all his attacking men, but he only got

to allow Ter Stegen, with two decisive hands, to continue to believe that his moment is temporary.

Barça does not get off the Champions League fight, with faith and success and a cheeky youth that flourishes in a depressed Mestalla in the League that awaits a cup that will make them forget.

FútbolIlaix Moriba: 32 minutes, a cure of humility and the redemption of Mestalla

Sports whispersThe original sin of Bartomeu in the Babylon of sinners: players, politicians and policemen