It will be the same final as last year, the one that has been repeated in eight of the last 12 precedents, the Cup final par excellence. Barça and Madrid do not leave even the crumbs. The... 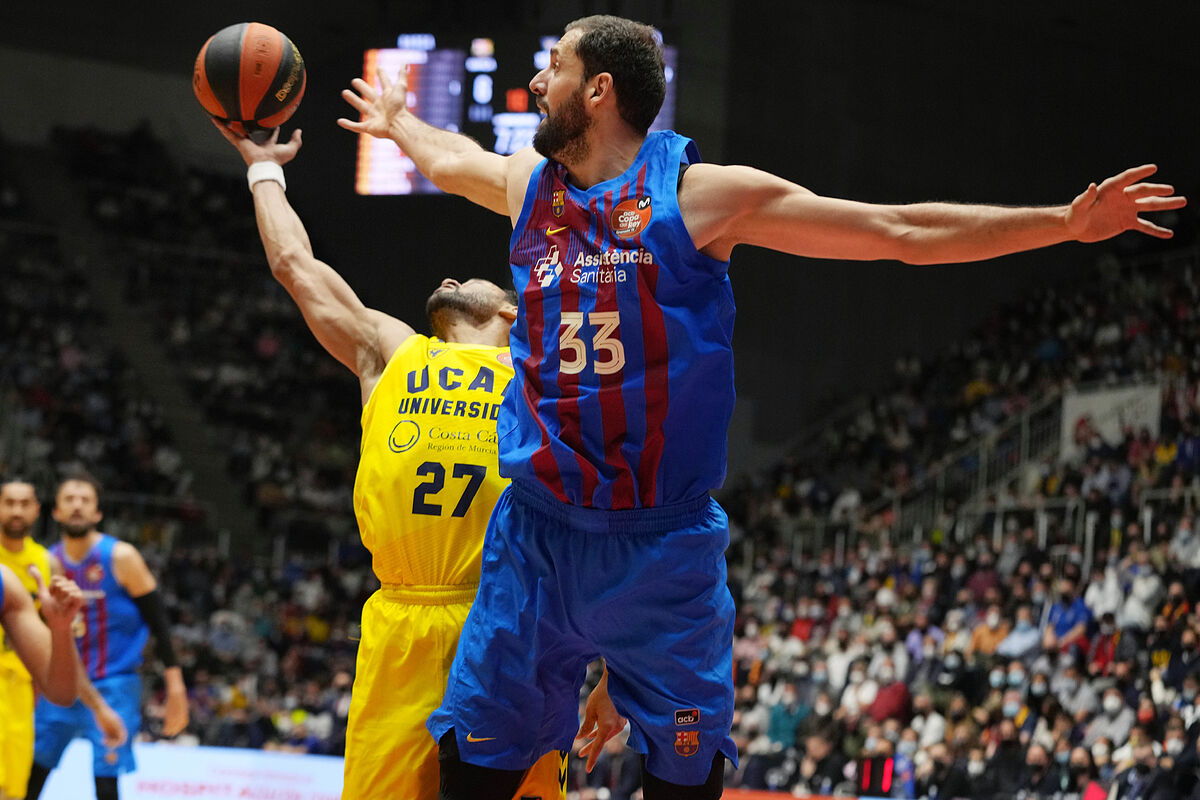 It will be the same final as last year, the one that has been repeated in eight of the last 12 precedents, the Cup final par excellence.

Barça and Madrid do not leave even the crumbs.

Saturday in Granada turned out like a boxing weigh-in.

Both looked at each other and challenged each other, although

's men went through much more trouble in the semifinals, entangled in the wonderful chaos of UCAM Murcia.

The final score does not reflect the heat of the battle, because Sito Alonso

ended up shattered in the end.

But it was 35 minutes of shooting, comebacks, exchanges and passion.

emerged so that Barça, the champion of three of the last four Cups, defend the crown this Sunday in Granada.

Jasikevicius wanted to raise the bid, hitting harder than a while before

From the start with Laprovittola and the choral defense that made Murcia's shots miss, that ruined his momentum and his always dizzying pace.

It is a delight to watch the battles of Sito Alonso's group, because of their intensity, because of his brave proposal.

Even if his demons had a hard time getting down to business.

The devastating success culé in the other rim -four three-pointers on the run (six of eight in the first quarter)-, closed the act with an alarming maximum (32-16).

In that abyss of ruin in its second historical presence in a Cup, Murcia opted for the fire.

He could perfectly have given up, there would have been his boast of quarters against Valencia.

But his response then was wonderful, honoring the tournament and its dedicated fans.

in the paint and then a video game

, who hit triples in any foreshortening, staged a small feat.

With the bar of aggressiveness through the roof, the game went up the roller coaster and UCAM came to equalize (43-43).

Only Laprovittola, in an equally brilliant response, lowered the temperature.

His duel in the sun with McFadden was extraordinary.

The fight did not lower decibels, because Murcia had long ago lost respect for Barça.

In the chaos he found the oxygen to dream of the feat.

, who makes street fights out of matches.

was his goad and he eventually managed to complete the comeback.

had rushed to change without it being his turn, but Sito Alonso sensed so much desire that he granted his wish.

The base from Madrid hit the triple that put Murcia ahead for the first time (65-66).

Now, the one whose legs were really shaking was Barça, who fell five after a brutal mate by

the one who put some order before facing the final act.

It was going to be key for what came after.

Because it was a pim pam pum that did not suit Barça, but in such mud there was no going back.

Calathes and Kuric appeared to set up a victory of sweats.

Murcia ran out of arguments,

They came from a week of entanglements and few training sessions with the positives for covid and a heart attack duel against Valencia in the quarterfinals.

That's as far as his moving chimera.

More Murcias in the Cup.

Copa del Rey de BaloncestoXevi Pujol, the 31-year-old guru who pulls the strings of Baxi Manresa, the revelation team of the ACB: "We make a virtue of necessity"