An exciting statement by an English player about Mohamed Salah, Riyad Mahrez and Messi.. This is the best in the world! 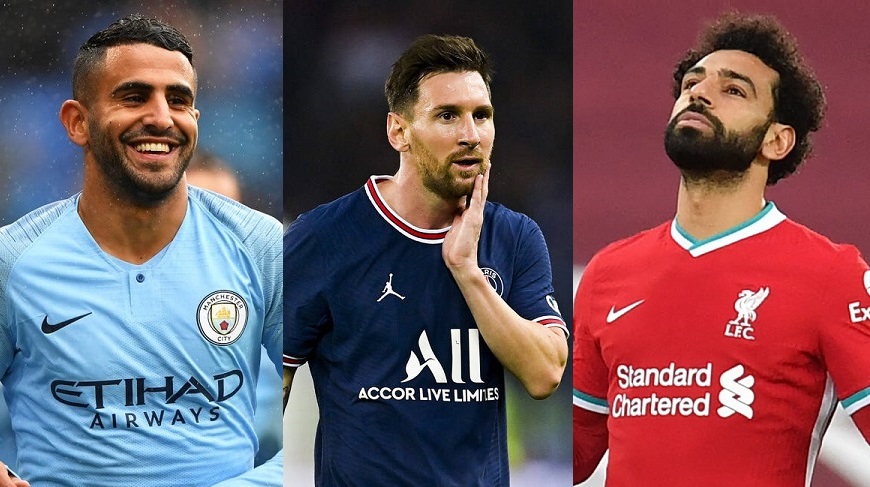 An exciting statement by an English player about Mohamed Salah, Riyad Mahrez and Messi.. This is the best in the world!

Former England national team player Darren Bennett surprised the world's fans with an exciting statement in which he stressed that the Egyptian Arab stars, Mohamed Salah and Algeria's Riyad Mahrez, are currently better than the Argentine legend Lionel Messi.

And he told "Tok Sport" that Messi's level this season is lower than that of Manchester City winger Riyad Mahrez, and Liverpool's top scorer, Mohamed Salah, especially that the former Barcelona player did not score with Paris Saint-Germain only two goals in the French League and seven goals in all competitions. Confirms that he is not the Messi we know.

He explained: "I know that it seems a little strange...but now I will choose Mahrez instead of Messi.. Mahrez is doing an incredible performance at the moment, and I bet that Manchester City fans will not replace Messi with Mahrez at the moment.. Mahrez has been great this season." .

On whether he would choose Salah or Messi, Bent explained: "If there is a match tomorrow, I will choose Salah! .. I think that Messi is the best ever in history, but what I say is now, Salah plays better than him," explaining: Salah is the best player in the world this season, and Bent believes that his capabilities have reached such high levels that he surpasses the Paris Saint-Germain attacking trio (Messi, Kylian Mbappe and Neymar).

The international site “90min” had recently conducted a classification of the best players in the world in 2021, specifically in the center of the right wing and the striker at the same time, in which Salah, Messi and Mahrez are present, and witnessed a remarkable superiority of the Egyptian and Algerian stars.

Mohamed Salah was ranked first according to the classification of the world famous site as the best wing in the world based on many statistics for the Egyptian star throughout 2021 compared to the same statistics with many stars who occupy the same position at the present time, while Messi came second and Mahrez third.