It can make Bach "fat ten pounds", how good is the food in the Winter Olympic Village? 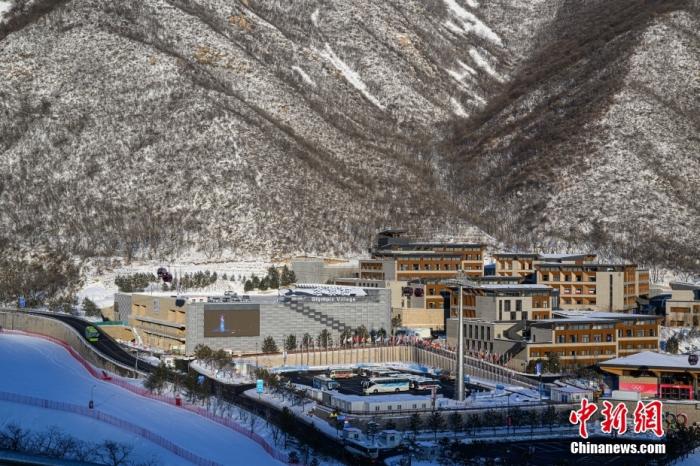 China News Agency, Beijing, February 18th, question: If you can make Bach "fat ten pounds", what is the good food in the Winter Olympic Village?

Gu Ailing’s leek box, the bean bag that Maltese athlete Janice Spitai can’t live without, and the sweet and sour pork loin that the triple-crown winner Sean White of Winter Olympics snowboarding loves to eat... Since the opening of the Beijing Winter Olympics, the winter Okumura's food has been trending on social media one after another, and unexpectedly went out of the circle.

Even the President of the International Olympic Committee, Bach, was full of praise for the delicious food of the Yanqing Winter Olympic Village, and said with a smile, "After three days in the village, I will gain another ten pounds."

What is so good about the food in the Winter Olympic Village, which can make Bach and many athletes full of praise?

The reporter visited the athletes restaurant of the Winter Olympic Village in the Yanqing Division of the Beijing Winter Olympics on the 18th to find out.

The good food of the Winter Olympic Village is first reflected in the combination of Chinese and Western food, and the rich and varied dishes.

Take Yanqing Winter Olympic Village as an example, the village has to provide services for about 1,300 athletes and team officials from 87 delegations.

How to meet the dietary needs of athletes from various countries is a big problem.

In addition, the restaurant operates 24 hours a day, and all hot dishes are basically kept above 65°C, ensuring that athletes can eat "hot meals" at any time.

Gao Xuemei, the catering manager of the Yanqing Winter Olympics Village venue team, told reporters that the three Winter Olympics villages in Beijing, Yanqing and Zhangjiakou use the same Winter Olympics menu to meet the specific dietary needs of people of various tastes and religions.

At present, most athletes like to eat high-protein and high-calorie foods such as beef, mutton and seafood.

In addition, Chinese specialties such as Peking duck and dumplings are also popular among foreign athletes.

The good food of the Winter Olympic Village is also reflected in its full consideration of the dining needs of athletes.

Dishes with a heavy taste and high fat content are not easy to digest, so restaurants have improved many special dishes to reduce salt and oil as much as possible.

The chicken breasts and fish that athletes often eat are mainly steamed, with almost no salt added. In addition, the chili content in the dishes is minimized as much as possible.

"From farmland to dining table", the ingredients for the Winter Olympics involve the planting and breeding of raw materials, processing and production, distribution, dining, recycling, etc. The territorial commercial departments, market supervision departments, agricultural and rural departments and other entities work together to protect the "tip of the tongue". security".

Data map: The Yanqing Winter Olympic Village at the beginning of the snow is wrapped in silver.

All ingredients meet domestic or international standards, and must undergo multi-layer testing such as food-borne stimulants and microorganisms before they can be put on the table.

The reporter observed at the scene that each dish in the restaurant was equipped with a label, which marked the name of the dish, carbohydrates, fat, protein and calories in Chinese and English, and also used graphic symbols to indicate the allergens of the food, which not only allowed athletes to eat It is also helpful for team doctors to guide athletes to consume reasonable energy and nutrition.

Delicious delicacies and thoughtful and considerate service also made athletes from all over the world complimented the food of the Winter Olympic Village.

"It's great to be able to taste food from different countries and cultures here," said Alexander Hilde, a bronze medalist in the men's super giant slalom in alpine skiing and a Norwegian star.

Jamaican snowmobile athlete Jasmine Finrat Victorian, who participated in the 3rd Winter Olympics, was also full of praise for the restaurant. "I think it is very good. I like Chinese food, especially authentic Chinese food."

In fact, seemingly simple dishes are actually a combination of regional preferences, food safety and other considerations.

From the research and formulation of menu dishes to taking into account the tastes of athletes from all over the world, from the safety of ingredients to humanized service, what is behind it is the hard work of the Winter Olympics catering workers and the hospitality of the Chinese nation of etiquette.

In addition to the competition, athletes from all over the world competed to be the "promoters of Chinese cuisine", which not only allowed the "Bite of Winter Olympics" to be fully demonstrated, but also allowed the cultural exchanges between China and the West to blend and learn from each other in the taste buds.