The absence of the foreign whistle from the ADNOC Professional Football League matches continued for the sixth consecutive round, as no club had submitted a request to allocate a foreign referee to manage a match for it, since the Al-Jazira and Al-Ain match, within the tenth round, which was led by an Italian arbitration team led by international Dr. 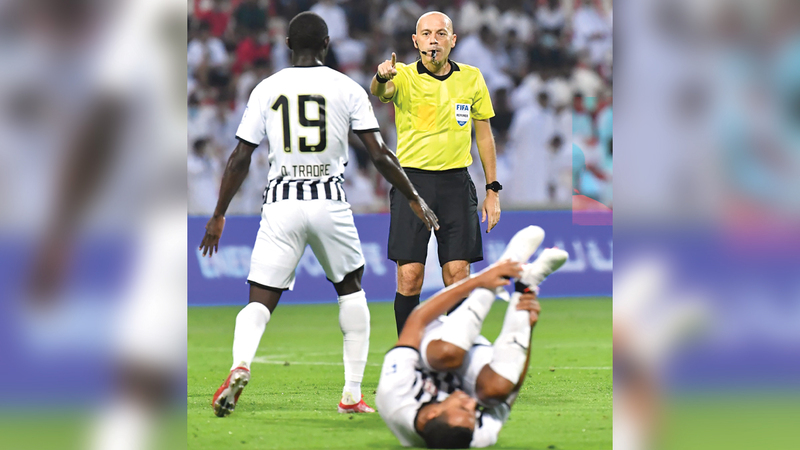 Her absence continues for the sixth consecutive round... and her appearance again depends on the results and the desire of the clubs

The absence of the foreign whistle from the ADNOC Professional Football League matches continued for the sixth consecutive round, as no club has submitted a request to allocate a foreign referee to manage a match for it, since the Al-Jazira and Al-Ain match, in the tenth round, which was led by an Italian referee team led by international Daniele Doveri.

It is noteworthy that so far, foreign referees have been used in only three matches, out of 112 matches, and no club has so far submitted a request to use the foreign whistle for the 16th round, which starts the day after tomorrow.

Although there are reasons for the clubs’ retraction from the use of foreign referees, there are six derby matches in which the foreign whistle can appear, despite the high financial cost, and this may be in the event that the difference between the leading eye has narrowed so far, and its closest competitors to the lead, which is Al-Wahda, Sharjah, Al-Ahly and Al-Jazeera teams.

The former international referee, Muhammad Al-Junaibi, said that "the continued absence of the foreign referee from managing the league matches so far since the tenth round depends on the excellence of the local stadium judges."

He added to «Emirates Today»: There are emerging rulers who have distinguished themselves in the recent period, which creates an honorable competition between them and those with long experience and experience, and in my estimation, the stability of the level of local rulers encourages more stability in general in the arbitral performance.

The seventh round of the local league witnessed the first appearance of the foreign referee through the match between Al-Ahly and Al-Jazira youth, which was led by a Turkish team led by international Jaunet Shakir, while the Al-Jazeera match with Sharjah in the ninth round was managed by a German referee team, led by referee Tobias Steller, then the Al-Ain and Al-Jazira match led by Italian Danieli. Dovery.

The cost of a foreign referee for one match in the league and the President's Cup is 170,000 dirhams.

Al-Junaibi called on stadium judges to strive more and provide their best, considering that the emerging arbitration faces represent a new addition to Emirati arbitration in the next stage, if they continue to provide a convincing level of arbitration for the sports arena in general.