Five days after his title in the individual, the French&nbsp;Quentin&nbsp;Fillon Maillet became Olympic biathlon pursuit champion on Sunday at the Zhangjiakou site, at the Beijing 2022 Games. medalist during the same edition of the Winter Games. 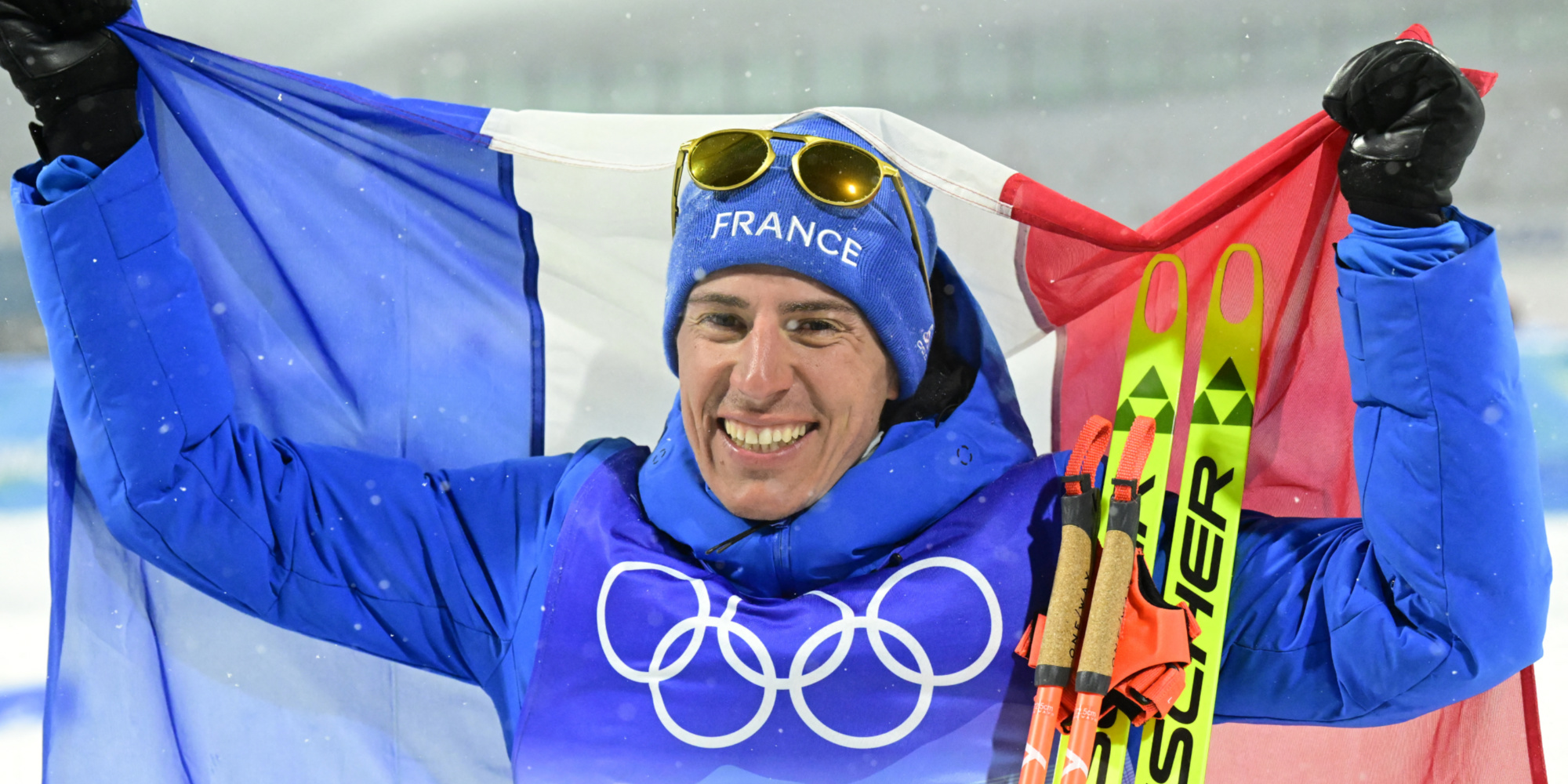 Five days after his individual title, Frenchman Quentin Fillon Maillet became Olympic biathlon pursuit champion on Sunday at the Zhangjiakou site at the Beijing 2022 Games. of the same edition of the Winter Games.

Long in the shadow of Martin Fourcade, Quentin Fillon Maillet follows in the footsteps of the biathlon legend after his second Olympic title and his fourth medal won at the Beijing Olympics on Sunday during the pursuit.

The metamorphosis is striking for the Jura (29), who had so far had a rather discreet career.

In the space of a week, he has become a worthy successor to Fourcade and now stands out as the undisputed leader of French winter sports.

With the relay on Tuesday then the mass start scheduled for Friday, Quentin Fillon Maillet will even have the opportunity to enrich his record a little more to definitively enter the pantheon of French sport.

Who could have imagined that this biathlete, so often erased behind the imposing Fourcade and then his Norwegian successor Johannes Boe, would one day become the new master of the discipline?

But this season, Fillon Maillet has taken on a new dimension.

True to his nickname of "Morbac", inherited in his youth for his ability to hang on at all costs in the race, "QFM" never gave up to seize his chance at the right time.

Fourcade retired in 2020, Boe in poor shape at the start of winter: the place of world No. 1 rightly went to the Frenchman, third in the World Cup for the last three seasons.

And he did not miss the opportunity: five victories before the Games, already four medals in Beijing (a record for a French sportsman at the same edition of the Winter Olympics), including two Olympic titles (individual, chase), and, barring an accident, a first big crystal globe that awaits him at the end of March.

"Quentin has the ability to realize opportunities," says Fourcade

"He has progressed in terms of shooting quite frankly and that has made him gain in confidence and serenity", judge Martin Fourcade, interviewed by AFP.

"When I stopped, I was far from thinking that a Frenchman could play general two years later. But Quentin has this ability to take advantage of the opportunities offered to him."

"We knew he had exceptional qualities," Raphaël Poirée, the first star of French biathlon and four-time World Cup winner in the early 2000s, told AFP. "It's the mind that makes the difference and we feel that he has grown in stature. He likes getting hurt on skis and that's an asset. He's had some tough times in his life and he's had to fight. Nothing has been free for him."

Before this season, Fillon Maillet had indeed always chased after glory without ever being able to touch it.

Often placed, a few times winner (six successes in the World Cup before this season), the one who started on the major circuit in 2013 was only a solid soldier of the France group, without real sparks.

Never crowned in a major solo competition before arriving in Beijing, he had tasted victory only collectively (two world titles in relay in 2020 and in mixed relay in 2016).

The doubts about him were reinforced during a 2019-2020 exercise again frustrating.

Once King Fourcade's skis and rifle had been put away, Fillon Maillet had proclaimed loud and clear his ambition to fight for the general classification of the World Cup.

The final result (3rd) was clearly not up to his expectations.

To which must be added the 2021 World Championships in Pokljuka with a bitter taste (a bronze medal in mass start).

Revenge on the Pyeongchang Games

"When you say you want to be first at the Worlds and in the World Cup, you put a little pressure on yourself but, for me, it's motivation. I don't want to hide myself", explains the one who, during his youth, had lined the wall of his room with a poster of the Norwegian legend Ole-Einar Bjoerndalen, aptly nicknamed the "Cannibal".

His four podiums at the Beijing Olympics are also a revenge on a 2018 edition disputed in very complicated mental conditions: his partner suffers from an illness, his father-in-law dies just before the event and the Frenchman no longer has his head. biathlon in Pyeongchang.

His record in South Korea is catastrophic (48th in the sprint, 44th in the pursuit, 29th in the mass start).

"It was a special situation and I was more concerned about the state of my loved ones. Biathlon took a back seat and I had bad Games. And it's a strength now for me", affirms- he.

Pyoengchang is nothing more than a bad memory for Quentin Fillon Maillet, who is writing a glorious new page in the history of French biathlon in Beijing.