Karlsson after the clap: "Is not very deserving of the medal"

Therese Johaug would have gone home from the Olympics if she had been in Frida Karlsson's situation. The Swede has no thoughts about that despite the third straight Olympic blow. - I prioritize the Olympics and if there is a little hope that I can recover to three miles, I will live on it, she says. 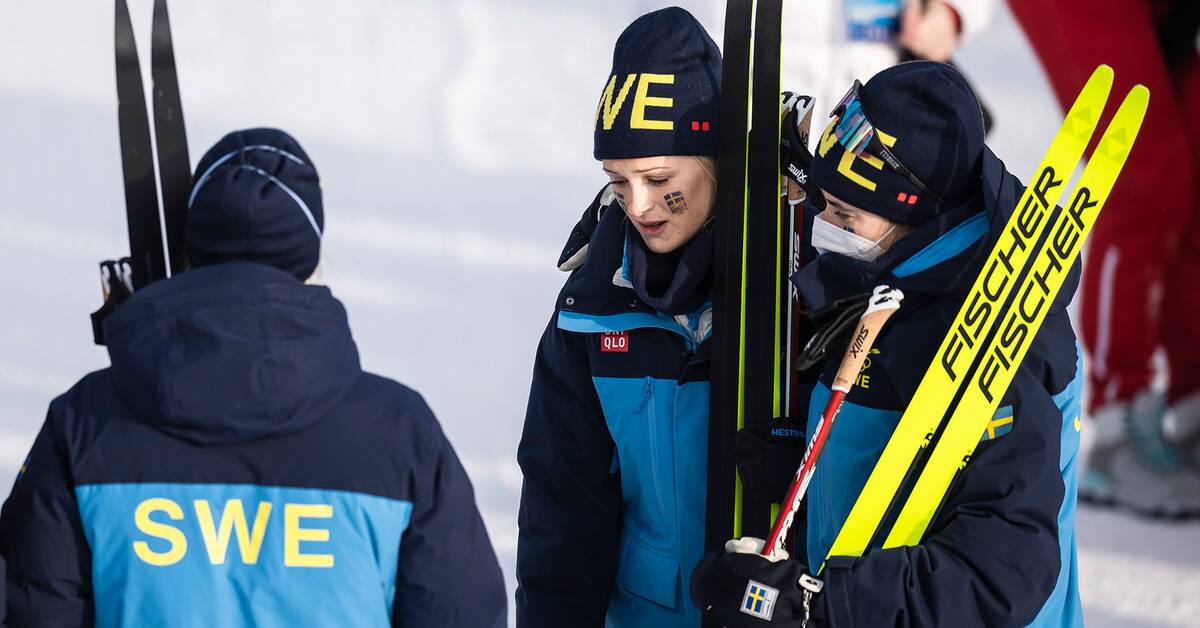 The scene in the mixed zone, where skiers meet the media, an hour after the women's relay, is telling.

Between them stands Frida Karlsson with an empty gaze.

She, who in advance would have been the team's stronger skier, is now a wreck:

- I have never been like this in my legs, arms and body at all, says Karlsson.

- I'm not very deserving of the medal, to be completely honest.

But I have such awesome teammates.

The glow and joy that is usually in the eyes is gone.

The breakthrough after the Olympic premiere in the skitahlon race a week ago took harder than expected.

The question is whether she would have given up Thursday's mile run to recharge her batteries for the relay?

- I have never felt so worn out after a race as I was after the first race and have never had such a discharge either.

Then I could not possibly know how it affects my body.

We are at an Olympics and there is a little hope that it will kick back tomorrow so you live on it, says Karlsson.

Frida Karlsson talks about the feelings before her third leg in the relay where she lost 20 seconds in five kilometers:

- Now I felt a similar feeling as in the warm-up before tian.

The body is not recovered.

I can say that.

Frida Karlsson tries to explain how it feels that the body, which is her work tool, does not recover on the slopes:

- It is so frustrating that it does not exist.

I've never felt this way before.

The Norwegian star then said that she does not recognize Karlsson and would have left the Olympics before the three-mile race if she had been in her situation.

This is to gather strength for the continuation of the World Cup.

- I had probably called a shovel a shovel and stepped on the brake, Johaug said.

When Frida Karlsson is asked if she thought of that idea, her eyes glow for the first time this afternoon.

- What is it that makes the World Cup suddenly bigger than the Olympics?

I prioritize the Olympics.

If there is a little hope that I can recover to three miles, I will live on it, she says.

TT: There are eight days left until the three mile.

Do you have time to recover?

- Eight days is good much more than one or two days.