Here, Frida Karlsson tries to give her medal to Jonna Sundling

Jonna Sundling stood for an incomparable last leg in the relay and secured the bronze for Sweden. At the subsequent ceremony, Frida Karlsson tried to give her medal to the bronze hero. - I deserve zero, she deserves two, says Karlsson to Sportbladet. 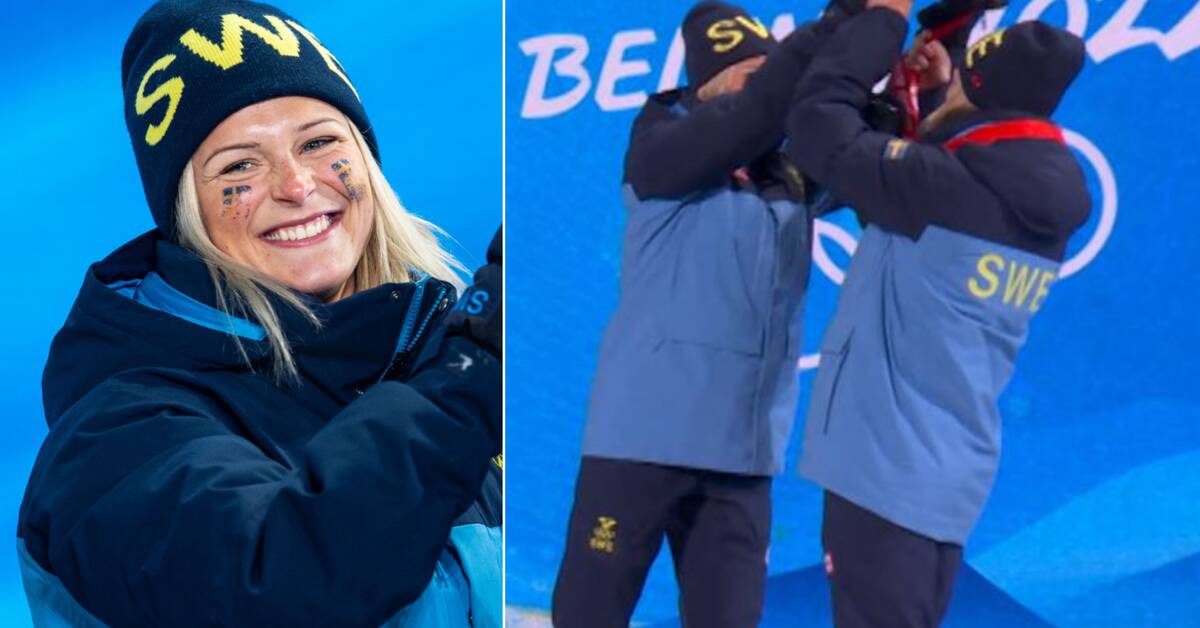 Frida Karlsson ran the third distance in the relay, lost several seconds towards the change and sent Jonna Sundling out with 20 seconds up to third place.

Afterwards, she was really disappointed with her efforts.

- I'm not very deserving of the medal, to be completely honest.

But I have such awesome teammates, she told TT.

"Did not receive it"

At the subsequent medal ceremony, the 22-year-old tried to give his medal to Jonna Sundling.

The bronze hero was about to hang it around the neck of Frida Karlsson, who in turn jokingly tried to stop her and push it back.

- As the teammate she is, she did not accept it, Karlsson says to Sportbladet.

The bronze is the cross-country national team's third medal for the championship, after the gold and silver in the sprint.

See Frida Karlsson's medal coup in the player above.