Today, the Emirates Football Association took a surprising step for the sports public to dismiss the Dutch coach, Bert van Marwijk, knowing that the National Teams Committee had recommended to the Board of Directors of the Football Association during its meeting on December 22 that Marwijk continue until the end of his contract with Baltz 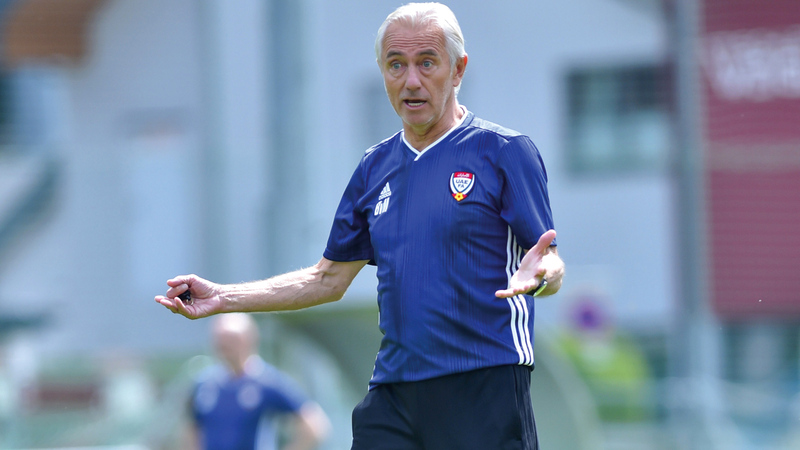 Today, the Emirates Football Association took a surprising step for the sports public to dismiss the Dutch national team coach, Bert van Marwijk, knowing that the National Teams Committee had recommended to the Board of Directors of the Football Association during its meeting on December 22 that Marvik continue until the end of his contract in conjunction with the conclusion of the qualifiers for the Cup The World Cup in March 2022, with all support provided to the national team during the rest of its qualifying campaign.

The Football Association confirmed the news of the dismissal officially in a press statement, without addressing the reasons, stressing that the dismissal took place through a recommendation of the National Teams Committee, and that the new coach would be announced within days.

It appears that there is a mysterious secret behind the sudden dismissal at this important and sensitive time, during which the national team will play two decisive matches against Iraq and South Korea on March 24 and 29.

The team, currently ranked third in Group A, is clinging to the hope of finishing the qualifiers in third place, indirectly qualifying for the World Cup.

Activists circulated on social media that one of the reasons for Marvik's dismissal was the poor results, in addition to his absence in the country to follow the league matches, but these reasons have been around for a while, but Marvik has continued his work in training the team despite them in the previous period, despite the claims The continuous by observers and the sports public to dismiss him, and the Football Association continued every time to adhere to his presence with the national team, so what is the new reason that the Football Association hides and refuses to talk about, which led to the dismissal of the coach.

The dismissal was supposed to be at the beginning of the team's career in the decisive role, during which it appeared with a very modest performance and negative results that began with a draw with Lebanon, then a draw with Syria and a loss from Iran, then a draw with Iraq before losing from South Korea.

Marvik recently began to correct the team's path, achieving two consecutive victories over Lebanon and Syria in the two return matches before the last loss against Iran.

Observers believe that the decision of the Football Association to dismiss Marvik should have taken place in the wake of the resignation of the head of the National Teams Committee, Youssef Al-Sahlawi, last December, following the exit from the Arab Cup.

The real secret remains hidden behind the dismissal of Marvik, only about a month before the expiration of his contract, and this may lead to involvement in the payment of a penalty clause to the coach.