Frida Karlsson fainted after the initial Olympic race - and after today's competition, the star was led out after a new collapse. Despite that, Karlsson's coach Per Nilsson believes that it was the right decision to let the 22-year-old start. - It would have been hard to stop saying that she should not compete, Nilsson says to SVT Sport. 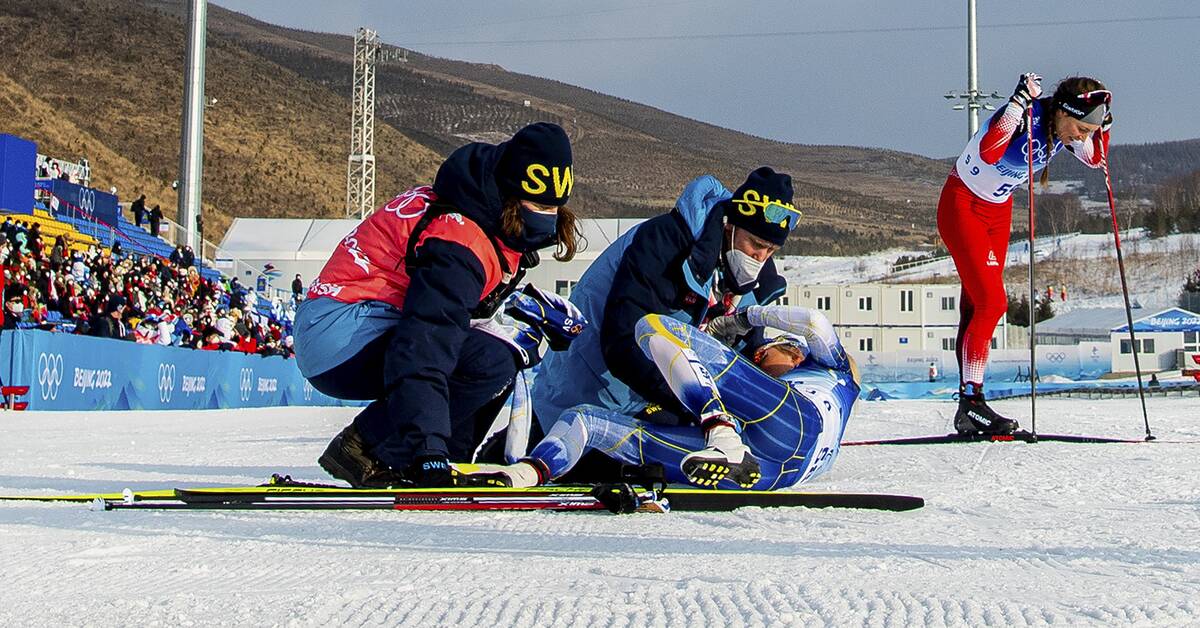 Together with Therese Johaug, Frida Karlsson has dominated the distance races in the World Cup this season.

The Norwegian's form has held up over the Olympics - two victories in two starts.

For Karlsson, it has looked different.

In the skiathlon she finished fifth, and the classic 10 kilometer race ended with a twelfth place.

At home in Sollefteå, Frida Karlsson's personal trainer, Per Nilsson, follows the competitions.

Despite Karlsson getting out so much that she fainted after the skiathlon, Nilsson believes that it was the right decision to let her start today.

- Yes, she has had quiet days and done everything to recover.

It would have been hard to stop saying that she should not compete.

The national team's doctor Jan Wall had told her not to train the day after the shit, but she did it anyway - how do you look at it?

- The next day she was never up and skiing, she cycled a bit.

You rinse out a little.

No load, it's part of the recovery.

When SVT Sport talks to Nilsson on Thursday afternoon, he has just ended a phone call with Karlsson.

- She is disappointed, as the competition person she is.

But she is not completely depressed, she is good at turning smaller efforts into something good.

Nilsson believes that today's race is difficult to analyze, but at the same time says that in terms of capacity and expectations, it is a bit down compared to where Karlsson was earlier in the season.

Why is it that the top form is not there now?

- Difficult, there are many reasons.

Top form is a whole, it's not just a recipe.

Physics, psyche and the external conditions come into play.

On Saturday, the ladies' relay awaits and on February 20, the three miles will be decided.

What does Frida need to do to recharge now?

- Rest as much as possible, sit lightly on a bike and take a walk - otherwise they climb the walls.

What you want is to disconnect and reset, that's important.