Here are all the Swedish Olympic medals in Beijing

Sweden has had a successful start to the Winter Games in Beijing. After Henrik Harlaut's bronze, Sweden has already won seven Olympic medals, of which four are gold. 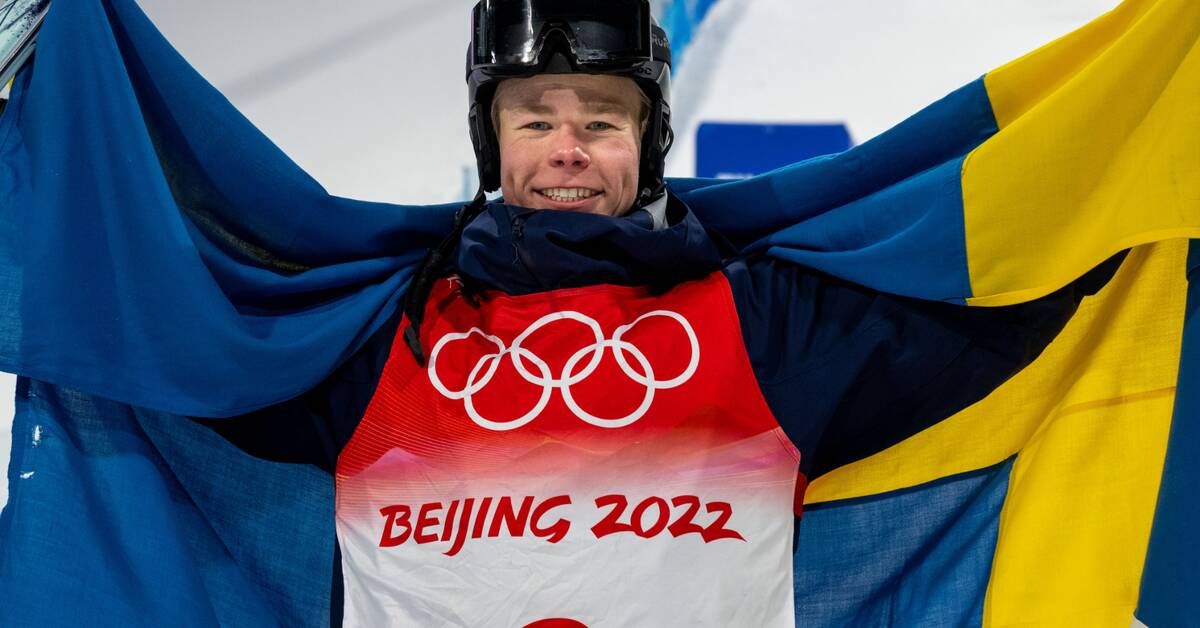 A 21-year-old from Åre accelerated the Swedish gold festival in China.

The full hit surprised many, but those who followed Wallberg closely knew of his capacity.

And this evening he got it all out.

It did not get any worse because he ended it with a conversation with Prime Minister Magdalena Andersson (S).

"She wanted to congratulate and I thanked her that the restrictions would soon be gone," Wallberg said.

As the news agency AP stated: "What a finish!".

With four laps left, the Swedish world champion looked to have lost the gold to the Dutchman Patrick Roest.

But the very strong finish was enough all the way to victory and an Olympic record (6.08.84).

The dominant of the season held the pressure in the Olympics as well, despite the fact that she vomited from nervousness in the morning.

While several competitors had problems - Mikaela Shiffrin drove out - Hector took the lead directly in the first run.

In others, nothing could stop her from taking the biggest victory of her career - and Sweden's first Olympic gold in giant slalom since Pernilla Wiberg won in Albertville in 1992. The margin to second Federica Brignone, Italy, was 28 hundredths.

After suffering an inch injury earlier in the season, Sundling has returned to top form - and at the ski stadium in Zhangjiakou, she was in a class of her own.

From beginning to end.

The 27-year-old was by far the fastest in the qualifiers, then also won the quarterfinals and semifinals before she finished by crushing the final opposition in her first Olympic competition in her career.

After being superb in the World Cup this winter, Dahlqvist had to face overwhelming opposition in the Olympics in the form of teammate Jonna Sundling.

But behind that, Dahlqvist stood for a warrior effort in the final and managed to win the fight for the silver, ahead of American Jessie Diggins.

Together with Sundling, Dahlqvist will be the big favorite to take gold later in the Olympics, when it's time for the sprint relay.

It started with coronaoro and ended with bronze cheers.

de Val and Oskar Eriksson only came to Beijing the day before the premiere after a Swedish leader tested positive.

Then the blue-yellow duo had more fluidity - as when they went to the semifinals thanks to Italy defeating Canada after control measurement.

In the bronze match, the Swedes played big and outclassed the world champions from Great Britain by 9-3.

Harlaut is doing his third Olympics, where he has previously competed in slopestyle.

Now he finally won a medal when it came to the parade branch big air, which this year debuts on the Olympic program.

The 30-year-old has won six gold medals in big air in the X-games, a competition that for many freeskiers hits at least as loud as the Olympics.

The bronze went to Harlaut in competition with teammate Oliwer Magnusson, who finished fourth.