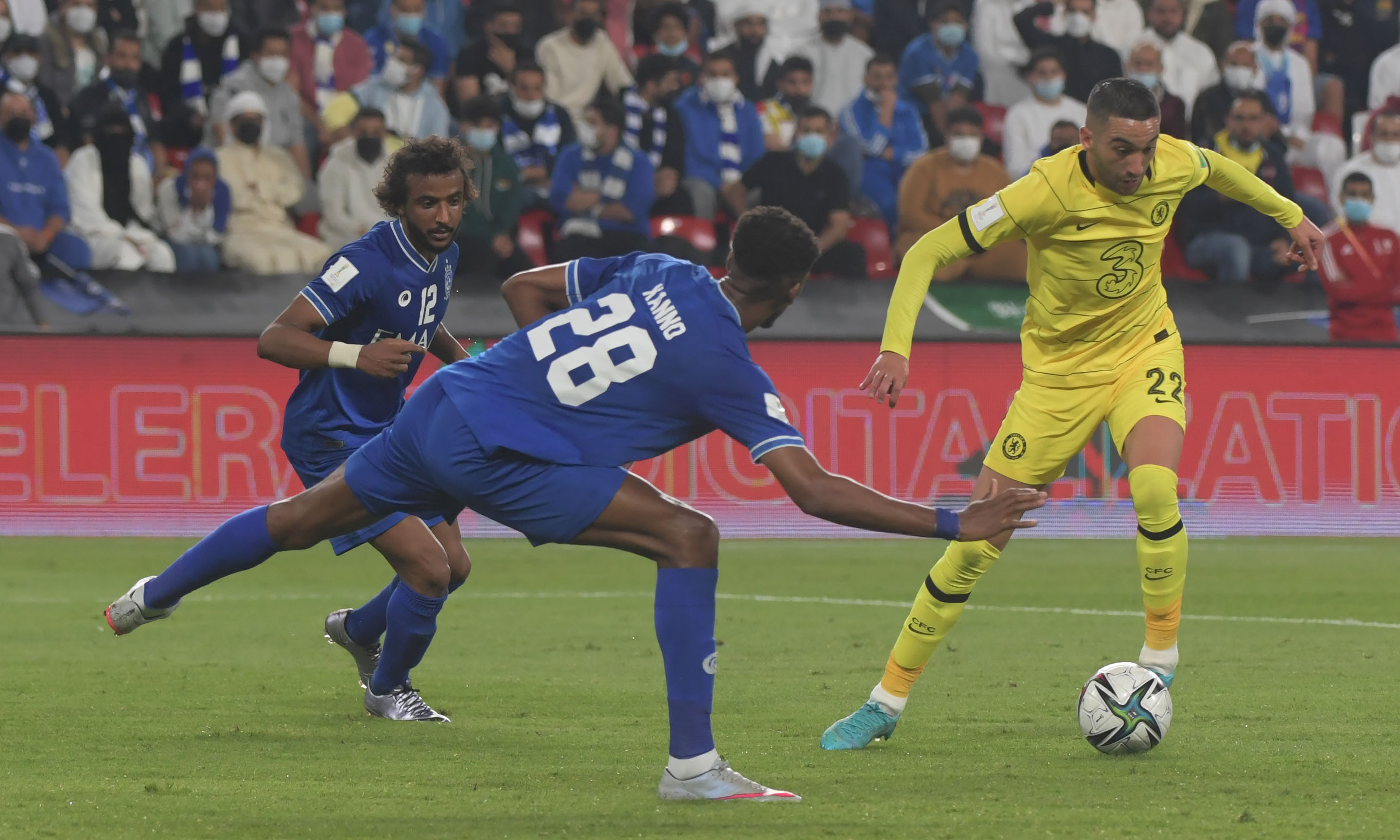 Chelsea qualified for the final of the FIFA Club World Cup, currently being held in Abu Dhabi, after its 1-0 victory over Al Hilal Saudi Arabia, today, Wednesday, in the semi-finals of the competition.

Belgian international Romelu Lukaku scored the game's only goal in the 32nd minute, to give the English team the nomination paper for the final match next Saturday and play against the Brazilian Palmeiras, the Libertadores Cup champion, for South American clubs, who qualified for the same round after beating Al-Ahly 2-0 Yesterday, in another semi-final match.

On the other hand, Al-Hilal, who reached the semi-finals with a 6-1 victory over Al-Jazira in the second round of the competition last Sunday, will play Al-Ahly on Saturday also in a purely Arab confrontation between them to determine the third and fourth places.

Al Hilal, who is participating in the Club World Cup for the second time in its history, after winning the AFC Champions League last season, was a real match for Chelsea, and its players missed more than one chance to equalize and push the match into extra time, but the brilliance of the Spaniard Kepa Arrizabalaga, goalkeeper of the team The Londoner prevented this, especially after blocking several shots from the Saudi team's stars.

Chelsea, who are participating for the second time in the tournament, after winning the Champions League at the expense of their compatriot Manchester City in the final of the last edition of the competition, are seeking to win the Club World Cup for the first time.

The London team, which is currently ranked third in the English Premier League, lost to Brazil's Corinthians in the final of the 2012 World Cup hosted by Japan.

Chelsea also hopes to become the second English team to win the Club World Cup after Manchester United and Liverpool, who won the tournament in 2008 and 2019, respectively.

Chelsea is also looking to give European clubs its fourteenth title in the Club World Cup and the ninth in a row, after the old continent’s teams have monopolized winning the tournament since the 2013 edition in Morocco.