Porshnev's silver and 14 girls' misses: what ended the sprints at the European Biathlon Championships

Russian biathletes were content with one medal in sprints at the European Championships in Arber. Nikita Porshnev won silver, 20.6 seconds behind Norway's Erlend Bjontegaard. His compatriot Pyotr Pashchenko lost quite a bit to the German Lukas Fracher in the fight for the podium. Misses on the firing lines did not allow the girls to compete for medals, in total they could not close 14 targets at once. The best result in the team was shown by Anastasia Gerbulova, who finished eighth. 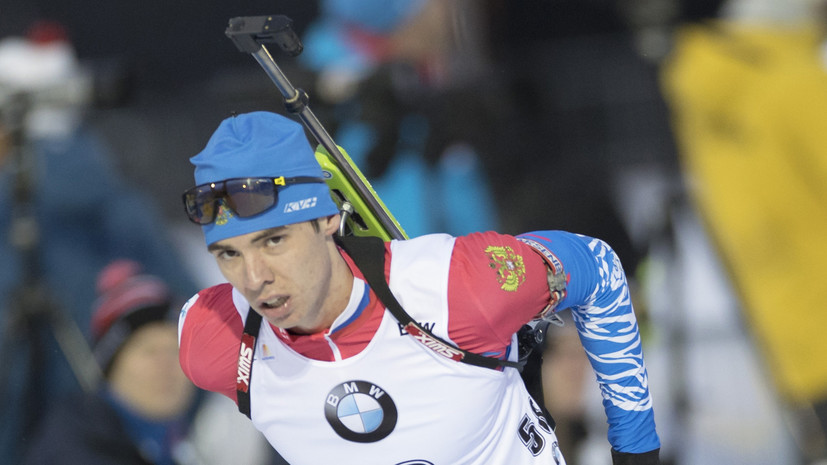 After more than successful individual races at the European Championship in Arber, fans expected Russians to win in sprints as well.

Alas, this time it was not so successful.

In men, the team leader Anton Babikov did not start.

In the first race of the tournament, he took second place, but the coaching staff decided to save the first reserve of the Olympic team, like Anastasia Egorova.

But even in the absence of a veteran, the men found someone to fight for victory.

The burden of responsibility was taken on by Nikita Porshnev and Pyotr Pashchenko, who got into the top 5.

More pleased with the first.

A native of Saratov, a couple of years ago, he regularly went to the KM stages and even won the world championship in the relay.

Alas, health problems after suffering a coronavirus knocked the athlete out of the elite for a long time.

In recent years, he was forced to be content with the IBU Cup, and in the first national team, unlike most partners, he did not get a chance this season, although he pleased with good results.

In Arber, he showed that he is quite ready to return to the highest level.

The main key to Porshnev's success was perfect shooting.

She allowed him to take the lead for a long time.

However, the move turned out to be very decent - ninth, with a gap of 39 seconds from the best in this indicator.

Those who ran faster made mistakes, for example, Dominik Schmuck and even Pashchenko.

Peter showed the third speed at all, but a misfire on the rack prevented him from climbing into the top three.

The German Lukas Fracher also tried to get around Nikita, who took bronze in the relay at the KM stage in Anterselva less than a week ago, but lost a little more than two seconds.

It seemed that the victory itself went into the hands of Porshnev, but at the last moment he was surpassed by Erlend Bjontegaard, who started only 71st.

The Norwegian closed all ten targets and as a result was ahead of the competitor by 20.6 seconds.

Nevertheless, the second place was an excellent result for Porshnev, who had not previously won awards at the European Championship.

In pursuit, he will try to get around the Scandinavian.

“In such weather it was very important to shoot without misses.

It was harder on the track than on Wednesday, with this long climb and no descents, but two “zeros” at the borders helped me get on the podium, ”the official IBU website quoted the athlete as saying.

The rest of the Russians did not perform well.

Alexander Povarnitsyn, who fell into the reserve of the Olympic team, with one miss settled only on the 13th line, losing more than a minute to the winner.

Ilnaz Mukhamedzyanov lost only to Pashchenko in the team, but three misfires did not allow him to rise above 14th.

The worst was Pervushin, who replaced Babikov - 45th place and almost 2.5 minutes behind.

Unfortunately, the Russians failed to support the men's initiative.

If in the individual they almost collected a full set of medals, then in the sprint they were unexpectedly left without any awards at all.

The girls, who shone in the race with four stages, could not cope with the strong wind at the start with only two.

And the move did not allow them to fight for getting on the podium with misfires.

More than others disappointed Larisa Kuklin, who went into battle under the first number.

Fans hoped that an experienced athlete, which this season had problems with the functional state, show itself at least at the level of the continental championship.

Especially since it has always been able to shoot accurately, even when they are not in good shape.

On the bench, the two-time winner of the previous European Championship coped with their task, but on the stand, they failed.

Two blots did not allow her to even get into the top 20.

Only 21st result with more than a minute behind the leader.

Alas, this time Evgenia Burtasova, who won the individual, did not show anything either.

After this success, many suggested sending her to the Olympics, for example, instead of Irina Kazakevich or Valeria Vasnetsova.

But the performance of the biathlete on Friday showed that it is premature to talk about it.

The same two misses and the 19th result.

The fall of Victoria Slivko turned out to be the deepest.

If in the individual she took bronze, then in the sprint she remained only 46th, without even gaining cup points.

The reason for the failure was the inexplicable four blots on the bed.

On the counter, a native of the Omsk region corrected herself, but it was too late.

And Goreeva, like Pervushin, did not use her chance - 35th line, two uncovered targets and almost two minutes away from the winner.

Pleased the fans only Anastasia Gerbulova.

She was the only one of her compatriots who managed to avoid a long fall after the first race.

The young athlete is located in eighth place.

Alas, a prone miss immediately deprived her of the opportunity to compete for awards.

At least she showed a good move - eighth, losing only to Shevchenko in the team, who was fourth on the list of the fastest.

But on an equal footing with the winners that day did not work out.

Bronze went to another representative of the German national team Janina Hettich.

As for the medal standings of the tournament, in terms of the total number of awards (four), the Russians are ahead of all rivals along with the Germans.

But in terms of the number of gold medals, the Norwegians are in the lead, in whose assets there are three awards of the highest standard.

The domestic team has one gold and one bronze and two silver.