Palicka: "It has been mentally difficult"

Andreas Palicka came straight from the isolation straight into the European Championship semifinals. There he became one of the great Swedish heroes in the thriller against France. - It has been mentally difficult of course, he says to SVT Sport. 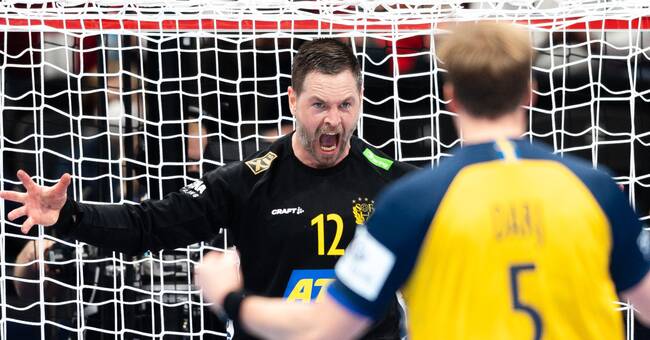 Andreas Palicka's presence or absence in the European Championship semi-final against France was uncertain for a long time.

The Swedish goalkeeper tested positive for covid-19 earlier this week and missed the meeting with Norway.

But early this morning, he received his third negative response and was then thrown straight into the giant thriller against France.

There he became one of the really great heroes.

- It has been mentally difficult of course.

It is very unpredictable what happens.

Now I tested negative a few times and got the opportunity to play.

It is a completely incredible scenario really, says Palicka to SVT Sport.

Three-goal shooter in the first half

Palicka played great in goals and also became a three-goal scorer in the first half.

In the last seconds of the match, Palicka also made a decisive save when France got the chance to equalize.

- It was lucky that I ate a little extra today so I sank down quickly.

No, but goes on intuiton and he loses his balance.

Then it was really just to cover everything low.

Then I checked the clock and saw that there were seven seconds left.

Then the match was at home.

Despite the heroic effort, Palicka paid tribute to his teammates after the match.

- We have an incredibly strong morale in this team.

It's the team before the self.

The team morale is fantastic and we do not let anything move in our backs.

We have had matches when nothing worked, but then we step forward for each other.