Leslie Knight, leaving basketball to be a mother: "Does a man have to tell his boss that he wants to be a father?"

Life placed Leslie Knight in a dilemma. Like so many other athletes. To be a mother or to continue with her professional career? And she hesitated, of course. She opted for courage,... 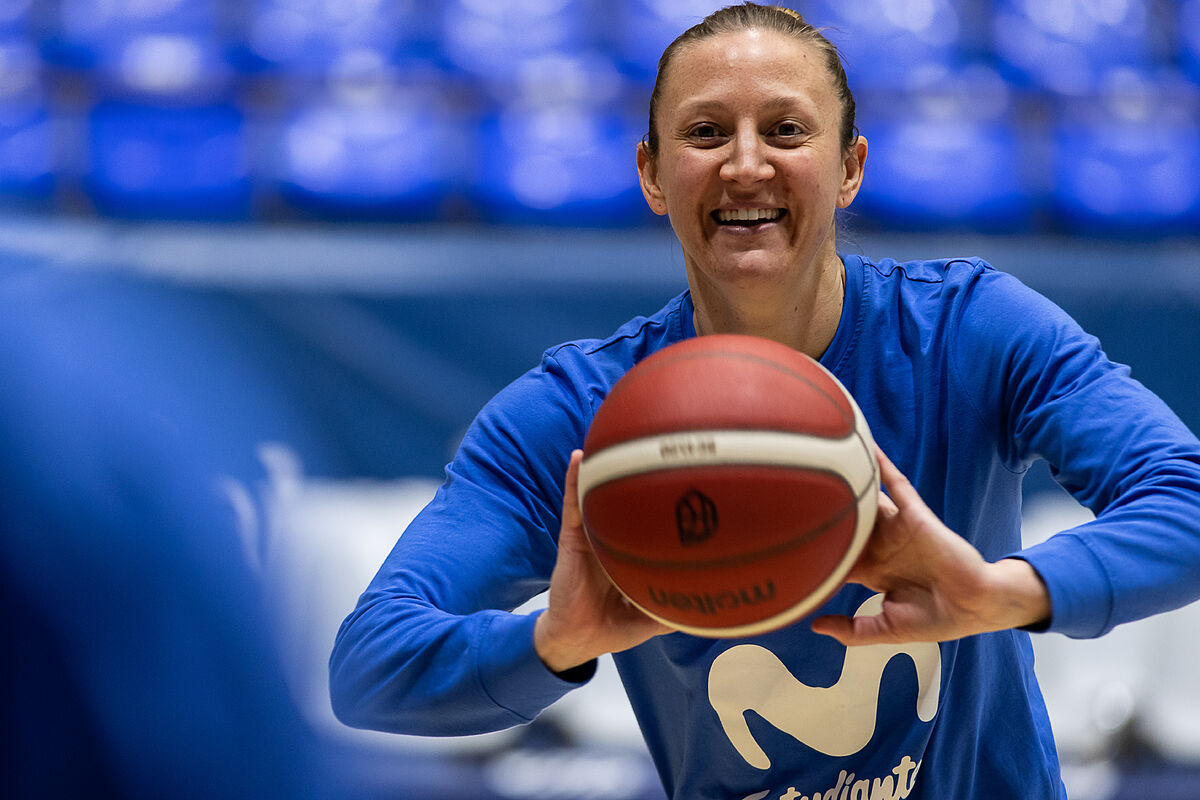 To be a mother or to continue with her professional career?

And she hesitated, of course.

She opted for courage, to go toe-to-toe with her club, Movistar Estudiantes.

Today, at 35 years old, she announces the good news, which at the same time is an end.

A happy paradox: she is three months pregnant.

"Speaking with the doctors we have decided that it is time to relax a bit. This is as far as we have come."

This Saturday, at the Magariños, Leslie will say goodbye to the Endesa Women's League in which she has been in since 2013 - she had arrived in Spain in 2009, at the age of 22, to play for Alcobendas - in the match against IDK Gipuzkoa.

She will not be alone.

Inside her she carries her baby, next to her will be all the companions who tell her that "it is lucky to be able to live this process with her" and in the stands, the school fans, who have one of the team captains of their referents.

From then on, the Minnesota-born power forward will be on leave, "a medical leave that is good news."

, the Real Madrid soccer player who announced her pregnancy a few days ago, helps to normalize a situation that did not always have the approval of the clubs or society.

"Does a man have to tell his boss that he wants to be a father?" Leslie questioned, however, she chose to be frank with the students.

Last summer, in full negotiations for her renewal, the player revealed her plans to the school leaders.

"When you turn 35... As an athlete, what do you do? Do you stop playing and that's it, without knowing when you're going to get pregnant? Do I stop receiving a salary? It's a difficult decision. We're not talking about a hobby, I make a living playing basketball," admits Knight.

Students' response came in the form of renewal for one more season, regardless of the date of its gestation, and full support in the words of

, his coach and sports director: "Leslie, I want you to be a mother, I would be very excited. Being a father is the best thing that has ever happened to me. We can take a risk with you and be with the team on the track while you can, and then you continue linked, you are not going to disappear".

In the case of the soccer player Corredera, the legislation supports her.

Once your maternity leave ends, you can immediately rejoin "under the same conditions as before", even if all the team's cards were covered at that time.

Surrounded by the club, Leslie and her Spanish husband,

, also had other dilemmas before them.

The first, having to leave the team in the middle of a battle -the 'Women in black' are seventh and in a few days they will dispute the Cup-.

"I feel happy. Also sad to have to stop playing. I have never jumped ship in the middle of the season, it is something that costs me a lot because a team is a team and I don't like to leave it halfway. But sometimes there are things in life that are most important," he says.

Then, when to communicate it to her companions, so that "no one stopped training at their level, to the fullest, for fear of hurting me." "I waited a bit to even tell my own family. I've made the decision to continue training and playing for a while, but there will be those who say I'm taking risks. I didn't want them to be worried, or people to judge me. go more often, there are players who have trained in the WNBA for 14 weeks, my former partner

has done the same thing... each woman and her body are different, and if you feel good there should be no risk", she thinks Leslie, who will be a mother in August, with 36 compliments, so the withdrawal is a door that is now open.

"I'm going step by step. We know of cases of players in the league who have continued to play after giving birth:

... I don't rule it out, but we'll see how I recover and how I feel. life is going to change me a lot", he concludes.

SoccerUnlocked the professionalization of the Women's Soccer League