Euro-2022 handball: France, beaten by Sweden in the semi-finals, in the running for bronze

French handball players lost to Sweden 34 to 33 in the semi-final of Euro-2022 on Friday evening in Budapest. Olympic champions six months ago in Tokyo, they will have to be content with… 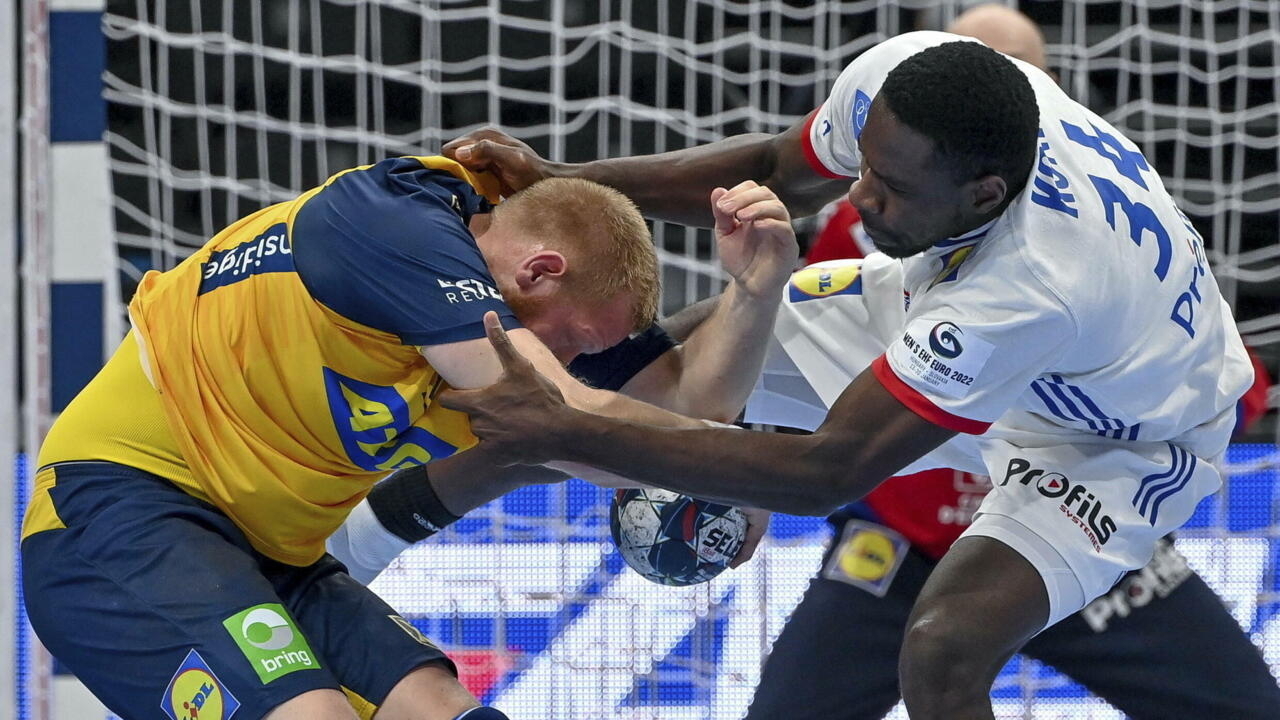 Despite a good start to the match, the French handball players gave up on Friday January 28 in the semi-final of Euro-2022 against Sweden (34-33), in Budapest, and will have to settle for a match for the medal on Sunday. bronze against Denmark.

This time around, the Olympic champions in Tokyo six months ago will not have managed to turn the game around, as they were able to do against Denmark two days ago in the last game of the main round, to snatch the qualification for the last four.

The French, who had started their meeting very well, were in great difficulty against the offensive actions of Jim Gottfridsson (9 goals) and Jonathan Carlsbogard (5 goals).

The Swedes took control during the first period to never let Guillaume Gille's players come back in front again, with a gap that long fluctuated between two and four goals in favor of the Scandinavians.

Aymeric Minne's entry into the French rear base was exceptional, with 8 goals from 9 attempts in the second half, but it was insufficient to snatch a success in the final seconds.

Fabregas in check at the end

The French however had two balls to come back in the last moments, but the Swedish goalkeeper Andreas Palicka, author of a very large game against the French, defeated the pivot Ludovic Fabregas, for his only two failed attempts of the meeting (5/7), and ensured a new final in the space of 12 months for his teammates after that of the World Cup-2021 (defeat against Denmark).

"The defence, once again this evening, was a little or even a lot in difficulty. We conceded far too many goals and it's complicated to win a match when you concede so many goals", commented after the meeting Valentin Porte, the captain of the Blues who received a red card for dangerous action, at the worst time, in the last four minutes.

The French will have to remobilize very quickly to seek a new international podium, Sunday in the middle of the afternoon against Denmark, double world champion in title (2019 and 2021) but which was surprised by Spain in the semi- final.

This small final will be a remake of the grand final of the Olympic Games that France won in Tokyo just six months ago.