Egypt's first national team star, Mohamed Salah, appeared in nervous images during his match against Ivory Coast today, Wednesday, in the 16th round of the African Nations Football Championship, which is currently hosted by Cameroon. 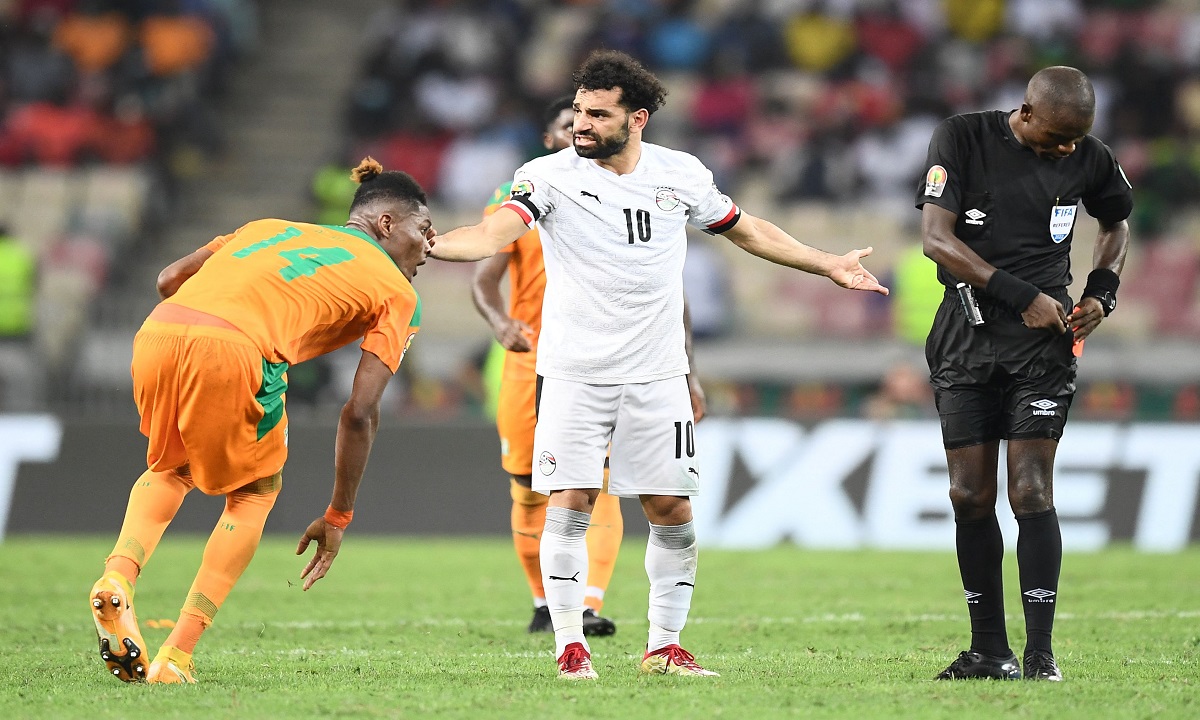 Egypt's first national team star, Mohamed Salah, appeared in nervous images during his match against Ivory Coast today, Wednesday, in the 16th round of the African Nations Football Championship, which is currently hosted by Cameroon.

Liverpool player Mohamed Salah, one of the three best players in the world for 2021, did not provide the expected performance and did not score goals in the match that ended in a goalless draw in the original and extra time, so the two teams resorted to penalty kicks that smiled at Egypt 5-4, but he scored the last penalty kick that The Pharaohs team was awarded the ticket to the quarter-finals to face Morocco in an Arab derby.

Mohamed Salah missed the net in the current African championship and scored only one goal against Guinea-Bissau in the 69th minute to give his team a 1-0 victory.

In the Ivory Coast match and being the captain of the team, the player was nervous about the overall performance, and the team players by not passing the ball to him well or wasting some of the balls he passed to them, which missed many opportunities that they could have translated into goals during the original time.

Mohamed Salah hit a powerful ball in the 21st minute from the penalty area, the brilliance of goalkeeper Sanjari in stopping it.

Salah passed a perfect ball to Al-Soulia in the 52nd minute after manipulating the defense of the Ivory Coast, but Al-Soulia shot it from over the goal.

Despite the circumstances that the Egyptian team went through and the injury suffered by goalkeeper El-Shennawy, the team played a good match better than its predecessors, and the final word was given to the Liverpool star, and deserved to qualify for the quarter-finals to meet Morocco next Sunday.