In the video, Salah gives Egypt the transit card to face Morocco in the African Nations quarter-finals

The star, Mohamed Salah, scored the last penalty kick and led Egypt to overtake Ivory Coast and qualify to face Morocco in the quarter-finals of the African Nations Cup in Cameroon. 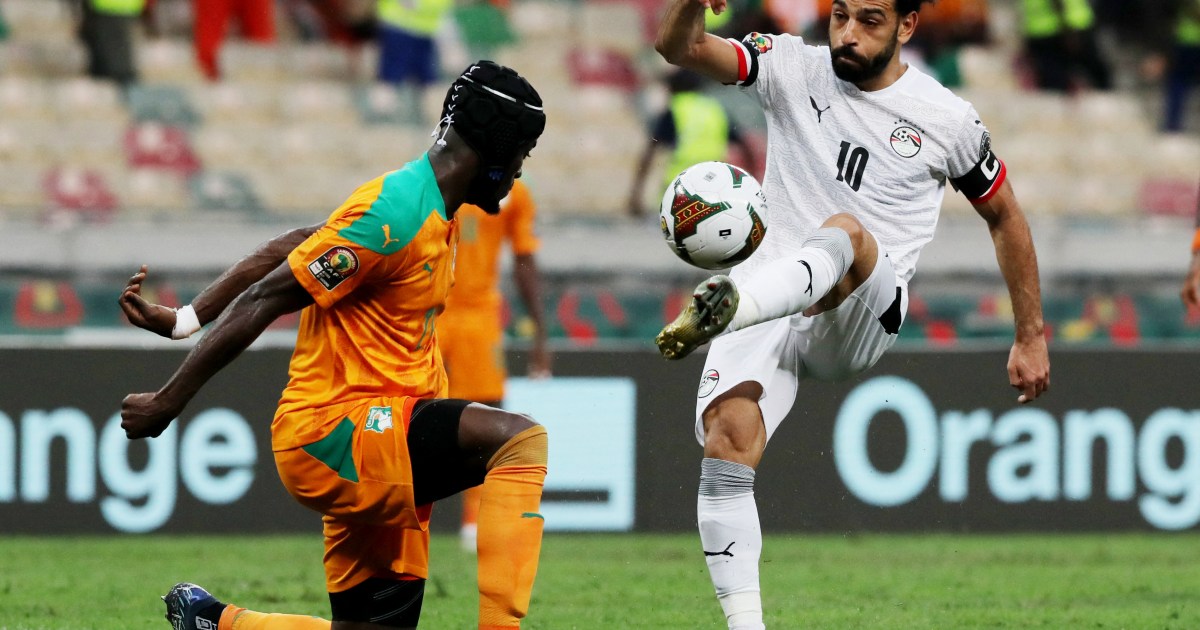 The star, Mohamed Salah, scored the last penalty kick and led Egypt to overtake Ivory Coast and qualify to face Morocco in the quarter-finals of the African Nations Cup in Cameroon.

The match, which took place today at Jaboma Stadium in Douala, ended in a 0-0 draw in its original time and in the two overtime periods.

The two teams went to penalty kicks to determine the winner of the confrontation, and luck smiled for the Pharaohs after Eric Bailly missed a penalty kick for Ivory Coast.

Salah advanced to take the last kick and netted it, announcing the qualification of the "Pharaohs" to the next round.

This match was a repeat of the 2006 final in Cairo, which Egypt won by penalty shootout as well, led by veteran Essam El-Hadary, the current goalkeeper coach.

The first dangerous opportunity came three minutes after the start, with a shot from Frank Casey that passed next to the left post of Egypt goalkeeper Mohamed El-Shennawy.

Five minutes later, Serge Aurier tried to penetrate Egypt's defense from the left side, but Omar Marmoush succeeded in keeping the move away.

Marmoush almost opened the scoring with a massive shot from outside the penalty area that bounced off the crossbar in the 17th minute.

Mohamed Salah, the captain of Egypt, fired a powerful shot from the edge of the penalty area after a pass from Amr Al-Sulayya in the 21st minute, which goalkeeper Badra Ali Singari saved to a corner kick brilliantly.

About half an hour after the start, Casey left the field with injury, and was replaced by Seri D.

In the first minute of stoppage time for the first half, Sebastian Aller fired a shot from the edge of the penalty area, which El Shennawy saved.

Al-Sulayya missed a dangerous opportunity from a solo situation in the 53rd minute after a pass from Salah, as he fired a shot over the goal.

In the 70th minute, El-Shennawy saved a dangerous attempt by Aller that was almost the opening goal, and three minutes later substitute Mahmoud Hassan "Trezeguet" missed an opportunity with a shot from inside the penalty area that passed next to

Bibi sent a weak ground shot from the edge of the penalty area, which El Shennawy saved in the 79th minute.

🧤 Misfortune deprives the Egyptian team of the protector of its den, Mohamed El-Shennawy, who leaves the field injured #African Nations_Cup |

Five minutes before the end, substitute Wilfried Zaha penetrated the Egyptian penalty area and fired a powerful shot that was saved by El

And the tie continued without goals, so the two teams resorted to extra time and then penalty kicks.

The Egyptian team will meet in the quarter-finals with its Moroccan counterpart, who beat Malawi 2-1 yesterday in another match for the price of the final of the tournament.