Egypt avenged Algeria from the Ivory Coast.. What if it scored missed opportunities?

Egypt dedicated its knot to Ivory Coast when it defeated it 5-4 on penalties (original and extra time 0-0) on Wednesday at the Jaboma stadium in Douala and reached the quarter-finals of the African Nations Cup in football in Cameroon. Championship (7 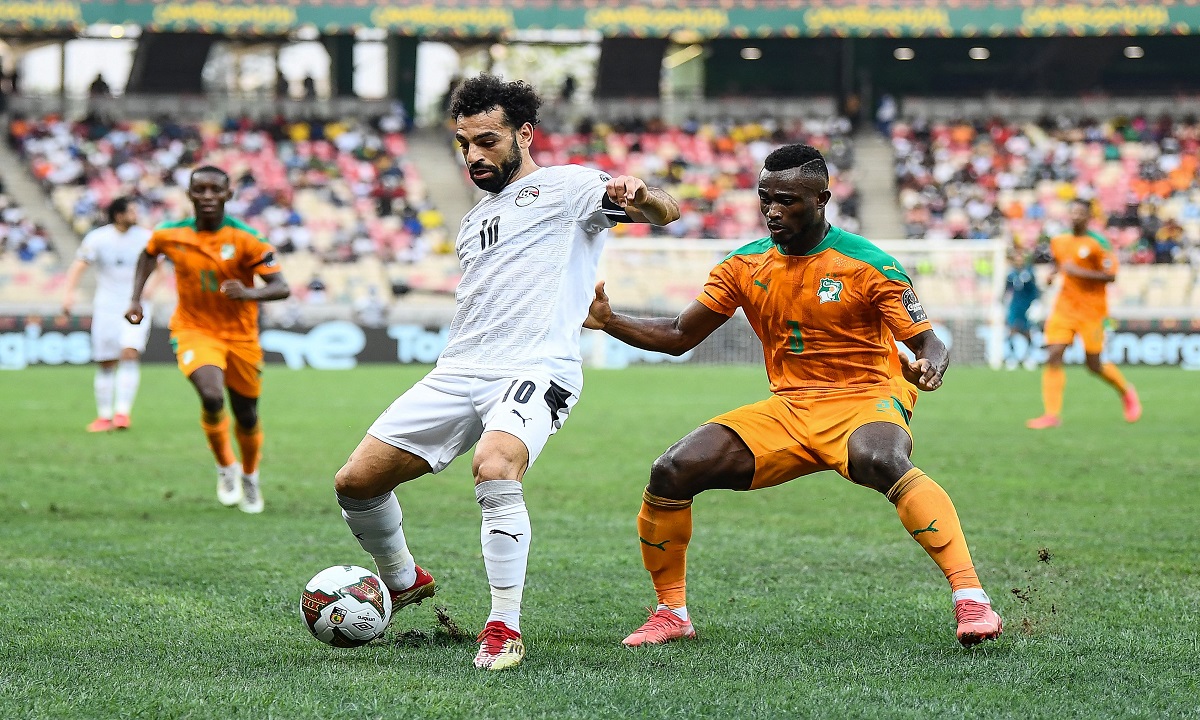 Egypt avenged Algeria from the Ivory Coast.. What if it scored missed opportunities?

Egypt dedicated its knot to Ivory Coast when it beat it 5-4 on penalties (original and extra time 0-0) on Wednesday at Jaboma stadium in Douala and reached the quarter-finals of the African Nations Cup in football in Cameroon.

Egypt, the record holder in the number of titles in the tournament (7 times), hit a fiery date in the quarter-finals with Morocco, which won one title in 1976, next Sunday at the "Ahmedou Ahidjo" stadium in Yaounde.

It is the third time that Egypt has overthrown Ivory Coast from the continental wedding on penalties after 1998 in the quarter-finals when it won the fourth title and the 2006 final when it scored the fifth.

It is the eleventh confrontation between the two teams in the finals, and the Pharaohs won seven times against one loss, dating back to the group stage in 1990.

And it seems that the victory over Ivory Coast, the defending champions in 1992 and 2015, always brings luck to the Egyptian team.

The Egyptian team presented its best performances so far in the tournament, and it was able to decide the result of the match in its original and additional time, given the opportunities created by its attackers and took turns wasting them, especially the substitute Mahmoud Hassan Trezeguet. The English captain, Mohamed Salah, in the first half.

The substitute goalkeeper, Mohamed Abu Jabal, who entered the place of Mohamed El-Shennawy, who was injured, imposed himself as a star in the penalty shootout by blocking the shot of Manchester United defender Eric Baye, before Salah scored the decisive fifth penalty kick.

The quarter-finals will conclude later with the match between Mali and Equatorial Guinea in Limbe.

The Pharaohs squad witnessed two modifications after the return of defender Ahmed Fattouh after recovering from the injury he suffered in the first match against Nigeria to regain his place from Ayman Ashraf, and his Portuguese coach, Carlos Queiroz, pushed midfielder Hamdi Fathi at the expense of Abdullah Al-Saeed.

The absence of the defense pole, Mahmoud Hamdi, "Al Wensh", continued due to injury, and his replacement, Mohamed Abdel Moneim, scored the winning goal against Guinea Bissau.

On the other hand, Ivory Coast coach Patrice Baumel made one adjustment to the squad that ousted Algeria 3-1, replacing Bayer Leverkusen defender Odilon Kosono.

The Ivory Coast was the first to threaten after a powerful shot by AC Milan midfielder Franck Kissier from outside the area next to the left post (3).

The first and most dangerous opportunity for the Pharaohs was when Arsenal midfielder Mohamed Elneny took advantage of a mistaken ball from defender Simon Dele, who passed it to Marmoush, who fired a powerful shot from 26 meters that hit the crossbar before being picked up by goalkeeper Ali Sangareh (17).

Salah almost did it with a powerful shot from outside the area, which goalkeeper Sangareh removed with his fingertips to a corner (21).

Defender Omar Kamal tried his luck with a long, creeping shot in the hands of goalkeeper Sangareh (26), which was answered by Turkish Sevaspor striker Max-Alan Gradel with an easy direct free kick in the hands of El-Shennawy (28).

Ivory Coast received a painful blow when Casey hit one of his ribs (30), leaving his place for veteran Siri Dier (37 years).

Salah passed a ball on a plate to Mustafa Mohamed inside the area, and he hit it strong with his right, goalkeeper Sangareh narrowly pushed it to a corner (36).

Salah almost gave the Pharaohs progress with a falling shot that bounced off the crossbar and was pushed away by the goalkeeper (37).

Al-Shennawy saved his goal from an investigator by removing a shot "on the bird" in front of the goal by Ibrahim Sangareh (39).

El-Shennawy continued his brilliance by blocking a powerful shot from Ajax Amsterdam striker Sebastian Haller from outside the area in two batches (45 + 1).

- Wholesale chances in the second half - and Salah passed a ball on a plate to Al-Sulayya, and hit it over the crossbar (52).

Dele almost scored by mistake when he hit his foot with a strong cross, but goalkeeper Sangareh pushed it to a corner (54).

Mustafa Mohamed missed a real opportunity when a ball was created in front of him inside the area, which he played recklessly away from the three woods (63).

Ivory Coast responded with a header to Haller after a corner kick, which Al-Shennawi brilliantly removed to a corner (70).

Trezeguet, Marmoush's substitute, missed the opportunity to score from the first touch when he received a ball inside the area and hit it near the far left post (73).

El-Shennawy saved his goal from an investigator by blocking a shot from close range to substitute Wilfried Zaha, before removing it with his hands in front of Haller (85).

Al-Shinnawi was injured in the right thigh as a result of this intervention, so he left his place to Abu Jabal (88).

Egypt threatened in the extension and Trezeguet passed a cross, which was removed by Gislan Konan in a timely manner in front of Salah, and the goal was projected in front of him (91).

Mohamed Sharif, Mustafa Mohamed's replacement, almost did it with a header from close range over the crossbar (93), then Ahmed Sayed "Zizou", the injured Hamdi Fathi's replacement, hit a powerful ball from outside the area that bounced off goalkeeper Sangareh and pushed it away from the defense (98).

Abu Jabal saved his goal from an investigator by removing a powerful shot from Sangareh from outside the area (104).

Trezeguet missed the chance of a knockout when he received a ball on a plate from Salah in front of the goal, and he shot it weak in the hands of the goalkeeper (120).

In the penalty shootout, he scored for Egypt "Zizou", Al-Sulayya, Omar Kamal, Mohamed Abdel-Moneim and Salah, while he scored for Ivory Coast, Bibi, Sangaret, Maxwell Cornet, Zaha, and Aheder Baye.