Stepanova's phone, Chervotkin's fatigue and the problems of the Norwegian team: skiers are completing preparations for the Beijing Olympics

The Russian cross-country skiing team is completing preparations for the upcoming Olympic Games. Already on Saturday, January 29, the team will fly from Milan to Beijing. According to the coach of the national team Yegor Sorin, everyone is healthy and gives their best in the classroom. Meanwhile, the Norwegians urgently change the work plan. Due to the positive PCR test of the specialist in charge of the sprinters, Arild Monsen, the Scandinavians will fly to China four days later than planned. 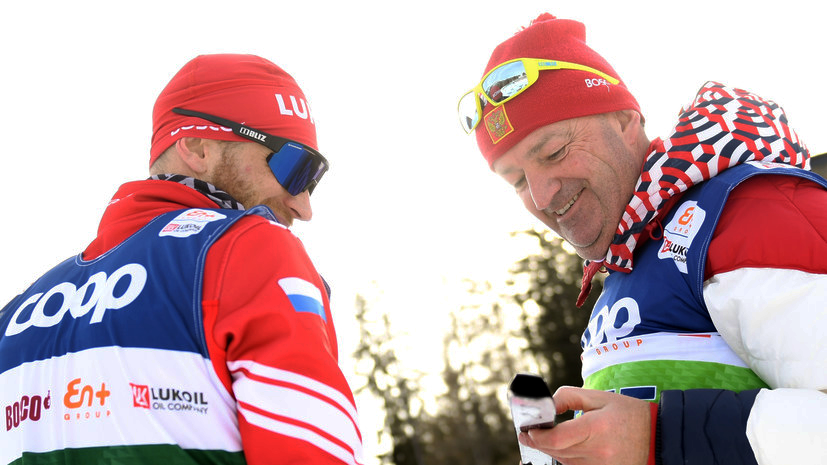 Omicron has not yet affected the Russians

Russian skiers are completing preparations for the Olympic Games in Beijing.

Already on Saturday, January 29, the national team in full force will leave Seiser Alma for Milan, and from there fly to China.

It remains to be hoped that nothing unforeseen will happen during this time.

Because the Norwegian national team, for example, has already had to change the training plan.

He passed a positive test at a training camp in Italy.

Later it turned out that all the skiers from the male part of the team were in contact with the specialist, so the flight to the Games was postponed for four days: from January 27 to January 31.

Such a change in the schedule of the Scandinavians can give the Russian team a minimal advantage.

According to the Olympic champion Alexander Legkov, the national team will have more time to get acquainted with the track.

“With quality preparation, these four days should not affect the result.

This will not hurt strong athletes, the main thing in such a situation is to take it easy.

However, to some extent, we will have an advantage of one hundredth, it may be a little easier for us, because we can quickly adapt to the track, ”Match TV quoted Legkov as saying.

However, in the domestic team is unlikely to think about it now.

As it turned out, the group of coach Yuri Borodavko lived in the same hotel with the Norwegians.

The specialist assured that no one had contact with the Scandinavians, and at the lesson on January 24 everyone felt good.

As noted by the team, the new strain of the virus, fortunately, has not yet affected the preparation.

According to trainer Yegor Sorin, everyone is already used to constantly taking PCR tests.

“We will find out the physical condition of the athletes very soon in Beijing.

Now the health of the guys is good: everyone is preparing and training.

I can’t say that “omicron” has had a strong influence on something now.

We have been regularly taking tests for two years now, and we will definitely take them before the Olympics.

I hope everything will be fine, because a positive test automatically deprives the athlete of the opportunity to go to the Games.

We plan to hold control training a few days before departure, so that the guys start, compete with each other, between groups.

We are no longer planning to go to any starts, ”the Championship specialist quotes.

At the same time, skiers admit that it is not easy to prepare psychologically for the tournament in a pandemic, because you can’t see family and friends.

“After the Tour de Ski, we rested, spent a couple of days completely without training.

Fortunately, this also happens with Wartko.

But those days went by very quickly.

We started a new job, with renewed vigor.

But if you go home, unload psychologically ... Probably, you are not so much physically tired as emotionally, ”explained Alexei Chervotkin, Olympic medalist in Pyeongchang.

However, far from all survive without relatives, like Russian skiers.

So, Vancouver Olympic champion Teresa Johaug said that before flying to China she intends to spend the night with her fiancé Nils Jakob Hoff.

True, this will only happen if the PCR test of the Norwegian is negative.

Even before leaving for Beijing, the head of the Russian Ski Racing Federation, Elena Vyalbe, told which of the skiers of the national team would run the skiathlon.

He also knows which race he will take part in at the Olympics, Ivan Yakimushkin.

He shared this with his followers on Instagram: “I’ll run the classic cut, and all my preparation is directed to it now.

Thank you very much for your support.

I hope I will have the opportunity to please everyone.”

At the same time, athletes are well aware that in China it is much more difficult to show a high result than in Pyeongchang.

Then the Russian national team was forced to play practically in the youth team, but was able to win eight awards, including because no one expected grandiose achievements from the team.

Now the situation has changed, and the rivals are ready to fight with domestic skiers.

A lot has changed for the members of the team in four years.

They recalled their problems on the air of Match TV.

So, it was not easy for Nepryaeva.

According to Borodavko, the leader of the overall World Cup standings had to go through a lot of tests, but now everything is over.

“It was different in our relationship.

But the most important thing is what conclusions are drawn from this.

Natasha nevertheless managed to overcome the problems that she had, primarily of a psychological nature.

She dealt with it.

Today she is one of the best skiers.

Leadership in the World Cup just testifies to this, ”the specialist believes.

Spitsov, who was then only 21 years old, performed brilliantly in Korea.

However, then the skier failed to consolidate the result at the world championships.

He didn't win a single medal.

And now, as the athlete admits, he has the opportunity to again draw attention to himself.

“Then it was much easier, because no one expected anything from us.

We went there just to participate.

This year is much more difficult.

This is the main start of the four years.

For me, the last world championships were not very successful, and I try not to think about it at all, ”said Denis.

He admitted that for a long time he could not come to terms with the cancellation of the last stages of the World Cup, because it was on them that he wanted to finish preparing for the Olympics.

“When I go to bed, I think about what to do the next day to improve my form and results.

Prior to that, all the competitions made it clear that all the guys worked, did not rest, many began to overtake me.

The point is not to train more, but that if the planned does not work out in the summer, then in the winter you need to think, ”admitted the two-time winner of the Big Crystal Globe.

Physically, the athlete seems to be already approaching his best condition.

In Toblach, he won the control race: skiers ran skiathlon.

Sergei Ustyugov is also in good shape, according to coach Markus Kramer.

The two-time world champion, after not getting to the Games in Pyeongchang, could not return to his high level for a long time.

However, this year, the German specialist assures, he is able to win an Olympic medal.

It is a great joy for her to be on the Olympic team.

However, fans began to criticize the skier for appearing too often on social networks.

According to the head of the FLGR, first you need to prove yourself on the track.

However, it seems that it will not work to take away the phone from Stepanova, as some fans suggest.

For the tournament, despite the warnings of the organizing committees of the United States, Great Britain, Germany and other countries, she plans to take all her equipment.

“I'm not going to leave my devices at home and change them to a push-button Nokia 3310.

Paranoia is not mine, ”the athlete wrote on Instagram.