Iceland had turned 15-20 to 22-21 against Croatia in the main round of European Championship handball but lost again and lost 22-23 after great drama. This probably shattered the dream of a semi-final and a game for the medals. 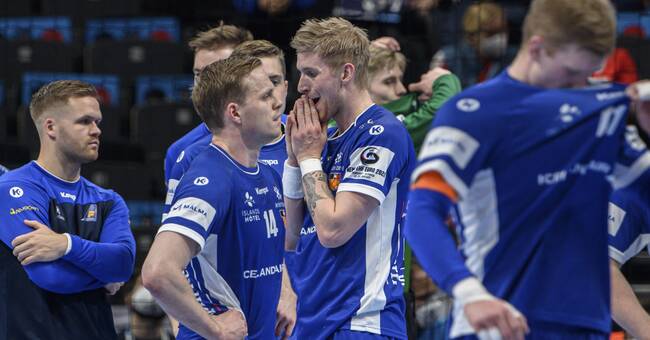 A victory had given Iceland a golden opportunity to play for the medals, but now the team no longer has the matter in its own hands.

When Orri Freyr Thorkelsson with emotion made 22-21 on an edge shot with just over five minutes left, a powerful turn was made.

A deficit at 15-20 had been reversed in ten minutes and Iceland was on its way up to six points after four matches and could have put pressure on Denmark and France who meet in the final round on Wednesday.

The team also had the opportunity to go up to a two-goal lead but missed.

Miss with the minute left

After 58.59 Elvar Asgeirsson came in an excellent position from the line but shot far outside and 22-22 stood.

Coach Gudmundur Gudmundsson took care of his forehead and did not think it was true.

Instead, Ante Gadza put 22-23 for Croatia after 59.47 and Iceland lost an important point.

Iceland got a free throw when the clock ticked up at 60.00.

Once again, it was Asgeirsson who got the chance to give Iceland a point, but a well-grown wall of six Croatian players was impossible to force.

There was great disappointment in the Icelandic team while Croatia, who had nothing to play for because they can not reach the medal game, cheered as if they had won the tournament.

Ivan Pesic in the goal stepped forward and won the match.

Swedish victory in the European Championship thriller against Germany.