Sven Thorgren has received a good message before the Olympics in February. The snowboarder took bronze in the prestigious X-games in the USA - despite a real crash. 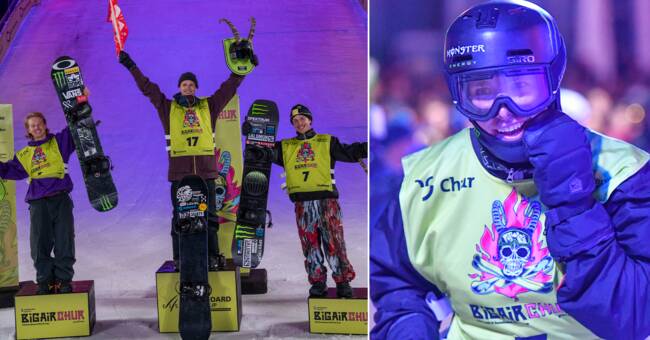 Sven Thorgren came in third place in the X-games slopestyle competition in Aspen.

In the fourth and final attempt, the ride was perfect and the score was enough for a podium place.

Talk about revenge for the Swedish Olympic jump who crashed so hard in his first attempt that he had to give up the next round just to be able to recover.

"The crash took a lot of energy.

I was completely exhausted when I got up after that ride.

I chose to stand over the second run to breathe out, feel for a little and think through everything ", says Sven Thorgren in a press release.

In the third round, Thorgren was back on the track and made a run with only a few misses before he got it perfect in the fourth and final round.

"It felt like it was a little curse that came loose today," says Thorgren, who thus took his eighth medal in the X-game context.

Sven Thorgren is a Swedish medal jumper in the snowboard disciplines big air and slopestyle at the Olympics in Beijing in February.

He missed the games in Pyeongchang four years ago after injuring himself just before the competitions.

In Sochi eight years ago, Thorgren came fourth in slopestyle.