Real Madrid stopped short, entangled in the Jasikevicius board, defeated when it seemed most willing to turn the trend against a happy Barça on the stage of the... 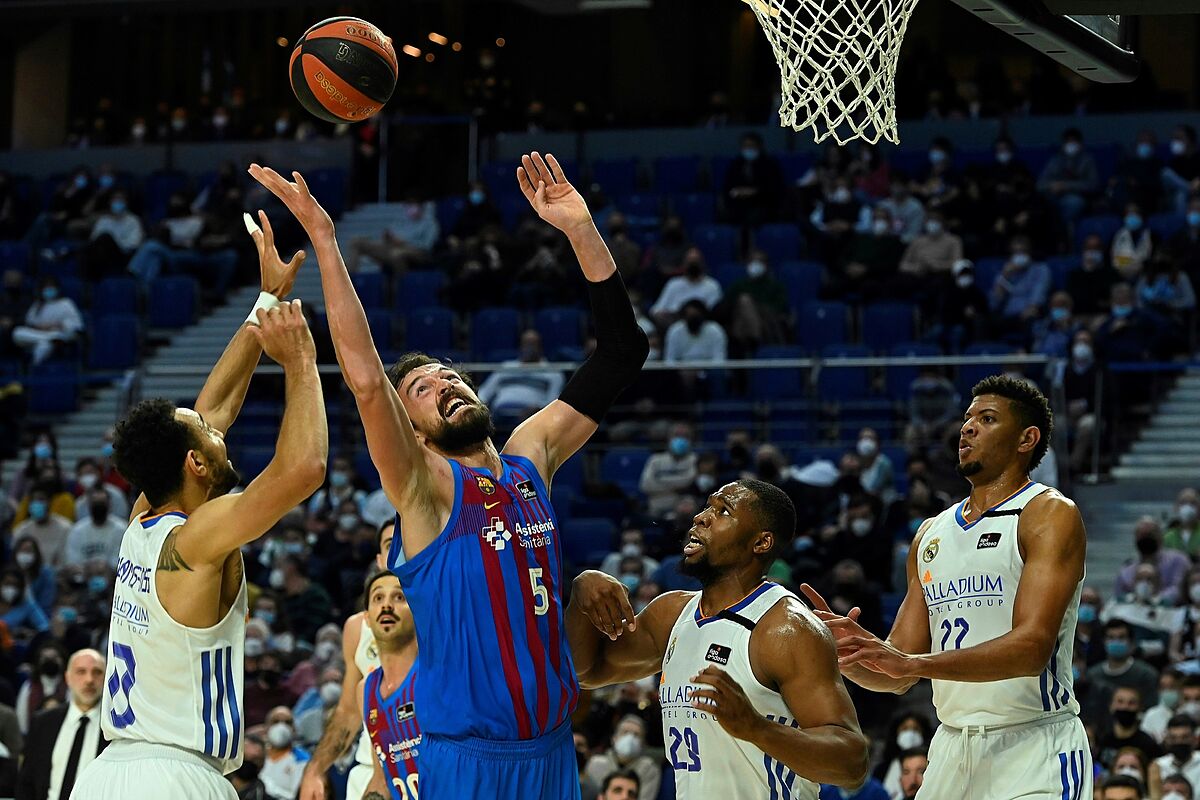 board , defeated when it seemed most willing to turn the trend against a happy Barça on the stage of the classics, those that not so long ago were their torture.

A night of few white luxuries and an unexpected actor like

ended up deciding the third train wreck of the course, with its final point of controversy, a promise of battles to come.

For the first time in a long time, Real Madrid could allow themselves the luxury of building muscle against their eternal rival.

Of not surviving between squeezes and patches.

Looking Jasikevicius' men in the eye, powerful leaders in the ACB and the Euroleague after having won 20 of the last 21 games, the Whites soon tried to impose that inertia.

Midway through the first act, they scored a 14-3 run, as if they had suddenly discovered all the secrets of the defensive labyrinth proposed by Saras.

in the midst of the good general tone. But the stoppage in the first quarter recomposed Barça, who found the success, the dagger from the perimeter that

supposes . This time it was the azulgrana who circumvented the rival traps, scoring

, turning the afternoon around and taking control of the sensations.

The histrionic Saras had the keys to the duel. Last season they won six out of seven and after the lapse in the Super Cup, in the previous Euroleague a few weeks ago they hit the whites again.

were his secret weapons. The transformation of the Argentine, which even seems like a defensive trick now. The tactical wisdom of the Turk, who destroyed an unfocused

. The giant was noticed lacking rhythm, without his usual intimidation, after his recent absence due to covid. Only

There was a play around the locker room that had been significant for the local crowd.

Two offensive rebounds from Kuric, a baseline rebound from Lapro... Too many concentration failures and little trace of

The point of no return was Smits

with six minutes remaining that put the maximum (56-68).

Then Madrid had no choice but the fire.

And Barça, who had the stage under control, got strangely entangled.

He conceded a 10-0 spurred on by the stands, the penetrations of

and the defensive nerve of

But also the Balearic breath did not last long after his break due to the virus.

An unsportsmanlike by Rudy and a string of free throws that ignited the controversy was what rescued a Barça that seemed tremulous before one of those white attacks that work miracles.

10 consecutive points from 4.60 and a triple as a lace by

ended the threat of a comeback to the outrage of the stands.

Without heroes or clarity throughout the afternoon, it was not worth Madrid either with the heroic.

BasketballEl Plan renove del 'lasismo': the strategy with which Real Madrid has revolutionized its squad

Between cats and cats The legend of Richelieu, from growing up in a pandemic to nostalgia for the Christmas Eve appetizer: "It was an event"